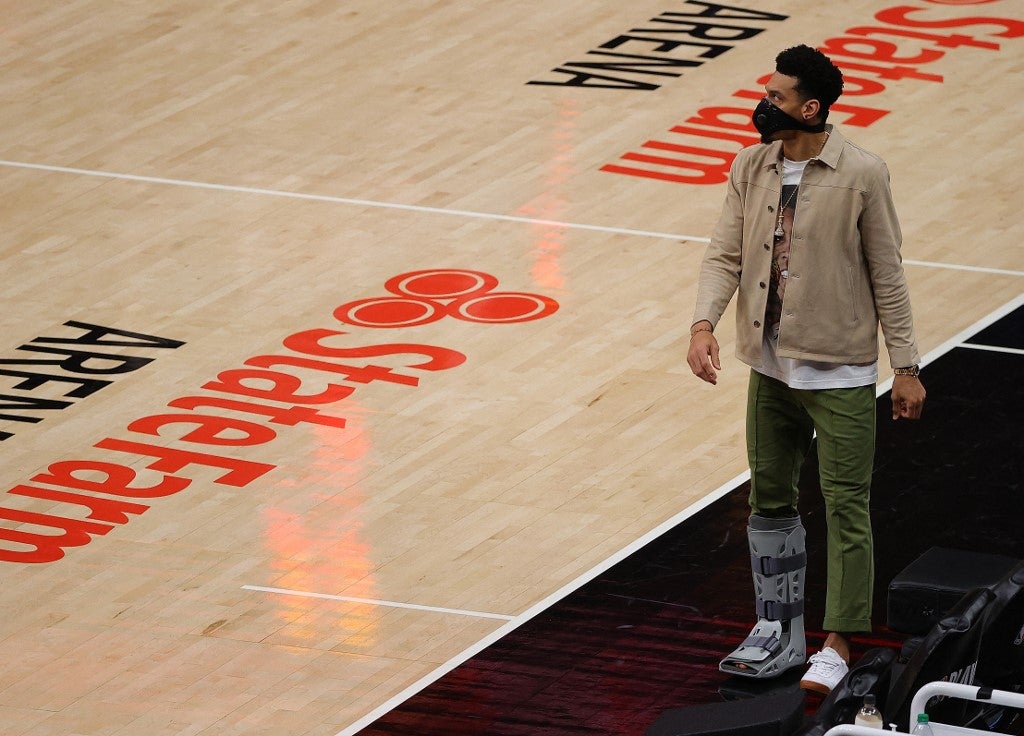 FILE – Danny Green #14 of the Philadelphia 76ers walks with a boot on his right leg in the second half after an injury in the first half against the Atlanta Hawks in game 3 of the Eastern Conference Semifinals at State Farm Arena on June 11, 2021 in Atlanta, Georgia. Kevin C. Cox/Getty Images/AFP (Photo by Kevin C. Cox / GETTY IMAGES NORTH AMERICA / Getty Images via AFP)

The 76ers said an MRI on Saturday confirmed the extent of the injury.

Green, 33, sustained the injury during the first quarter of Philadelphia’s 127-111 victory over the Atlanta Hawks in Game 3 of the Eastern Conference semifinal series. The 76ers hold a 2-1 lead in the best-of-seven series heading into Game 4 at Atlanta on Monday.

Matisse Thybulle and Furkan Korkmaz are likely candidates to replace Green in the starting lineup.

Green averaged 9.5 points, 3.8 rebounds and 1.7 assists in 69 games during the regular season.