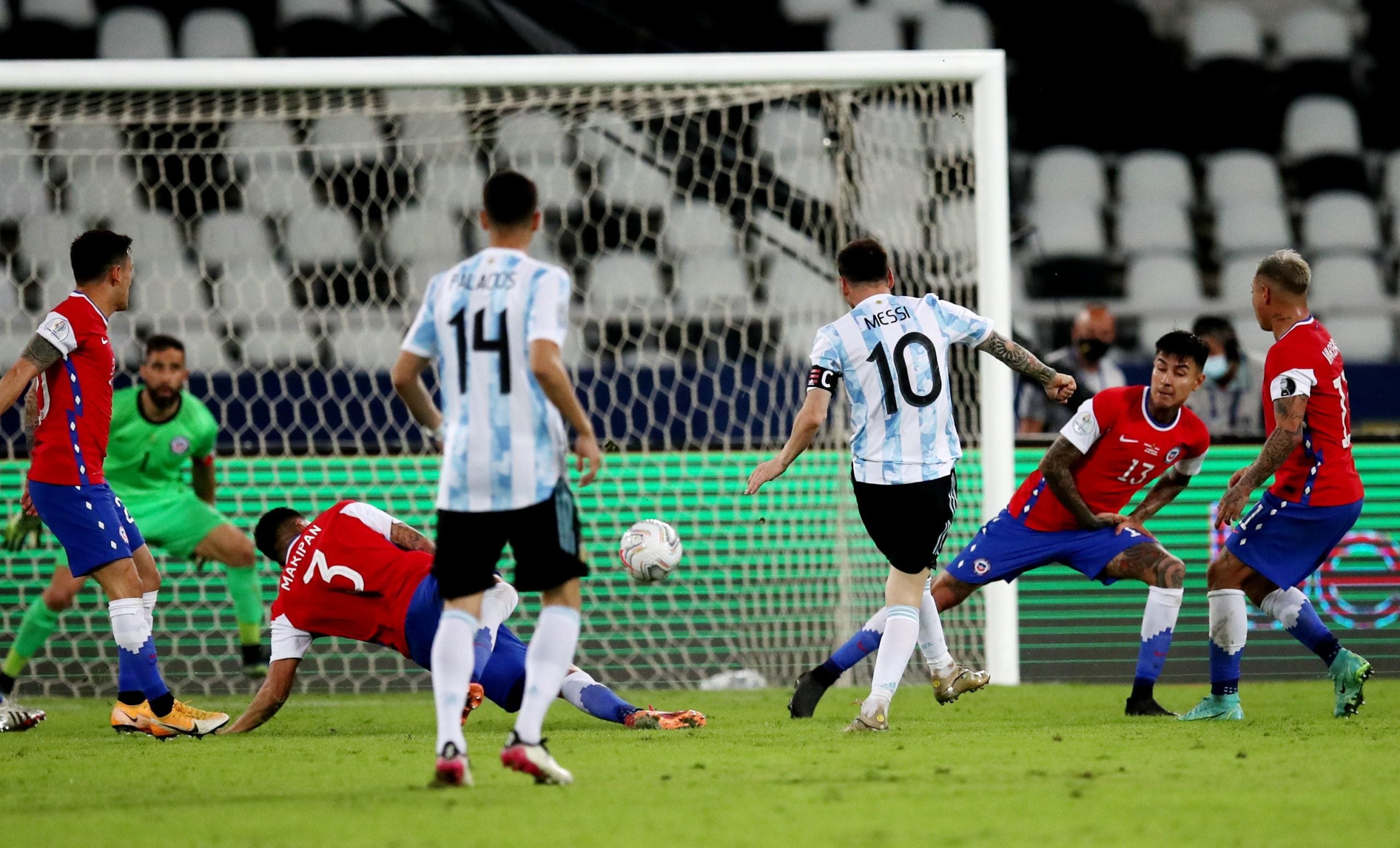 RIO DE JANEIRO—Argentina’s Lionel Messi scored one of his trademark free kicks in the first half but Eduardo Vargas equalized for Chile in the second to leave honors even at 1-1 in their Copa America opener in Rio de Janeiro on Monday.

When the two sides met in a World Cup qualifier earlier this month, Chilean goalkeeper Claudio Bravo acrobatically saved one Messi free kick and another hit the woodwork but this time the Barcelona player went one better, curling a superb set piece into the corner of the net from 25 meters out after 33 minutes.

Although they overcame Argentina on penalties in the Copa America finals of 2015 and 2016, Chile had never beaten their neighbors over 90 minutes in this tournament and their task got even harder after Messi opened the scoring.

Missing Alexis Sanchez through injury, the Chileans nevertheless battled back to equalize 13 minutes into the second half in rather fortunate circumstances after a VAR consultation led to them being awarded a penalty kick.

Arturo Vidal’s powerful shot was superbly tipped on to the bar by Emiliano Martinez but Vargas followed up to head home the rebound.

The game was played in a deserted Nilton Santos stadium, the site of the track and field events at the 2016 Olympic Games, with both sides getting bogged down on a poor pitch.

Chile will be happier with a point than Argentina, who have now drawn four of their last five games.

The Argentines, with Messi always dangerous but Stuttgart winger Nicolas Gonzalez profligate in front of goal, had more chances to win all three points.

“We had six or seven clear chances and we missed them and Chile got a good draw,” said keeper Martinez. “The chances we made today were enough to win by four- or five-one.”

Chile, though, is nothing if not resilient and they defended stoutly throughout and particularly during the final moments when their opponents threw balls into the box looking for a winner.

Paraguay takes on Bolivia in the second Group A game later on Monday, with Uruguay, the fifth team in the section, debuting on Friday.

Messi denied as Argentina held by Paraguay in World Cup