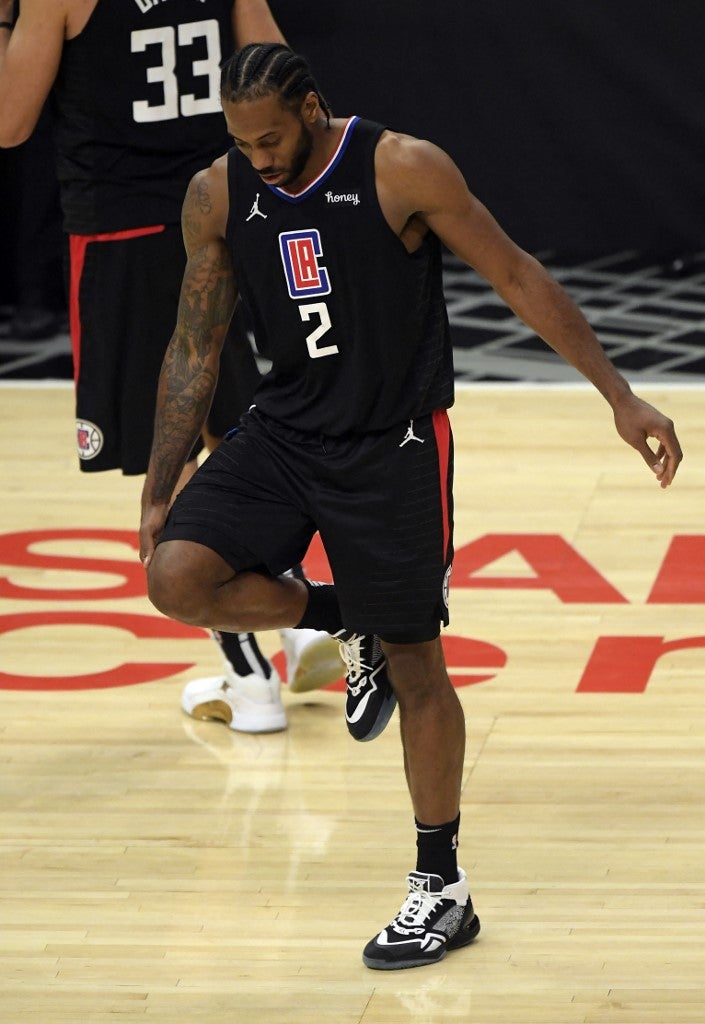 (FILES) In this file photo taken on June 14, 2021, Kawhi Leonard #2 of the Los Angeles Clippers holds his knee during the second half against the Utah Jazz in Game Four of the Western Conference second-round playoff series at Staples Center in Los Angeles, California.  (Photo by KEVORK DJANSEZIAN / GETTY IMAGES NORTH AMERICA / AFP)

Kawhi Leonard missed Game 5 of the Western Conference semifinal series on Wednesday with a knee injury.

The Los Angeles Clippers confirmed Leonard has a sprained right knee and didn’t play in his team’s 119-111 win over the Utah Jazz that gave them a 3-2 lead in the series.

ESPN reported Leonard’s status for the remainder of the best-of-seven series is very much in doubt.

Leonard can opt out of his current contract and return to free agency at the end of the season. There is precedent for an All-NBA type of talent reaching a contract year and receiving maximum value.

The Nets pulled off a sign-and-trade to get Kevin Durant from the Golden State Warriors in July 2019 despite a ruptured Achilles. He signed a four-year, $164.25 million deal — the max contract under NBA rules at the time — and did not play in 2019-2020.

The same summer, Leonard signed a three-year, $103 million deal with an opt out in 2021. He has played for the San Antonio Spurs, Toronto Raptors and Clippers.

A First Team All-NBA selection this season, Leonard left Game 4 against the Utah Jazz with a right knee injury, but said “I’ll be good” for Game 5.

Leonard grabbed for the knee after bumping into Utah’s Joe Ingles, and he departed less than a minute later.