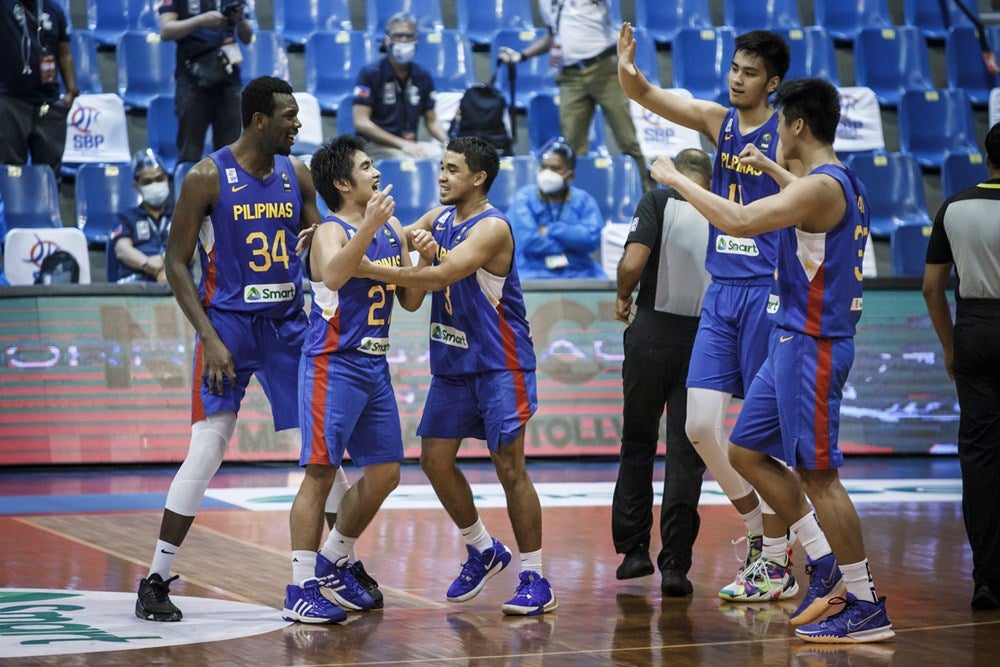 When he saw that their final play got broken up, Gilas’ young point guard took it upon himself to create history as his buzzer-beating triple lifted the Philippines to a dramatic 81-78 win over tormentor South Korea in the 2021 Fiba Asia Cup Qualifiers.

And yes, he called bank.

“I never lost confidence. Whatever happens it all boils down on making it and the confidence I had in myself. After our initial play got broken up, I thought to myself that we needed a basket and luckily Dwight [Ramos] gave it to me.”

Gilas, however, had to dig deep just to get into that position, after South Korea led by as much as 17, 33-16, midway through the second and held on to the lead for majority of the match.

The Philippines snatched the lead in the fourth but it was Belangel’s driving layup with 48.5 seconds to play that gave Gilas a much-needed 77-75 leeway.

Lee Junghyun tied it at 78-78 with 2.9 seconds remaining forcing Gilas head coach Tab Baldwin to use his final two timeouts and draw up a play that was meant for center Angelo Kouame to score underneath.

Belangel’s late-game play pushed the Philippines to a 4-0 record in Group A and officially clinched the Fiba Asia Cup slot.