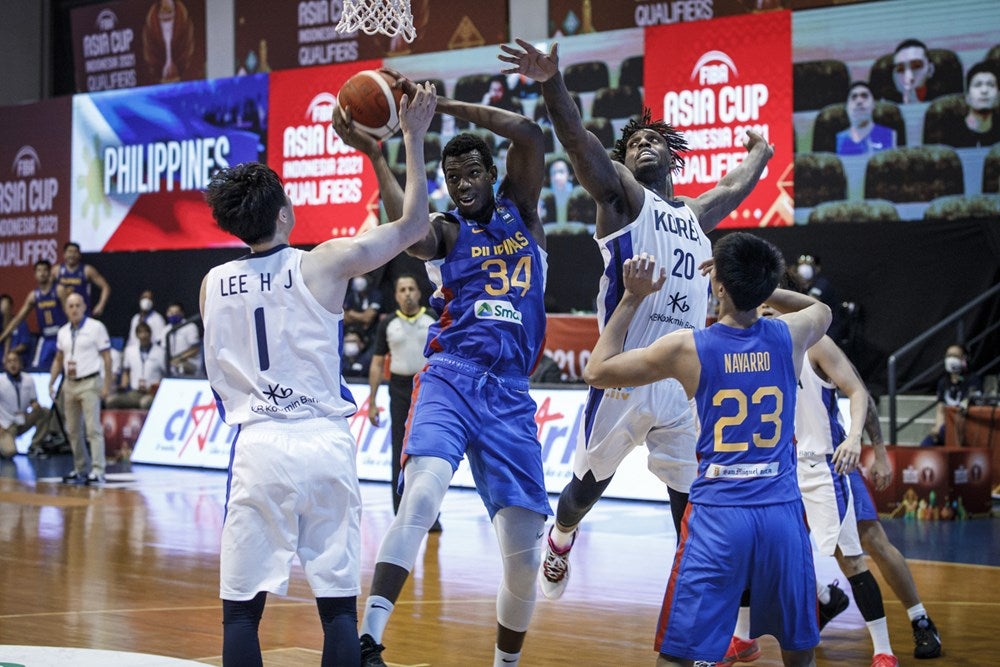 The stakes have dramatically decreased for Gilas Pilipinas when it tackles Indonesia on Friday in the Fiba Asia Cup qualifiers at Angeles University Foundation University in Pampanga.

An 81-78 victory over South Korea on Wednesday that went down to the final buzzer clinched for the Philippines a berth in the Asian championships this August in Indonesia.

But, in the name of improvement, the Philippines will go all out against its regional rival, a side it previously defeated with ease in an earlier window of these qualifiers.

“We are all looking for more improvement,” said Dwight Ramos, the Nationals’ scoring leader (16 points) against rival South Korea.

On a personal level, Ramos hopes to better his reaction to physical defenses, something that bothered him against Korea.

“It was a wake-up call for me,” Ramos said. “Just the physicality of [Korean] players. They really pressured me and I just don’t think I was ready for that. But as the game went on, I kind of adjusted a little bit, tried to protect the ball a little bit more. It was definitely a wake up call for me. I think it shows we still need a lot of improvement.”

Ange Kouame, who made his debut as Gilas’ new naturalized big man that night, is also looking for personal improvement.

“That was the toughest game of my entire career—but I’m expecting to see more games like that. It’s an experience we have to learn from and keep moving from,” he said.

More importantly, it gives the team a chance to build on the victory against Korea.

The national team is also priming itself for the Olympic Qualifying Tournament in Serbia, where a tough schedule awaits.

The Philippines plays host on July 1 (Manila time), gets a short rest time and then plunges into action against the Dominican Republic on July 2.

The Serbians may not be fielding newly minted NBA Most Valuable Player Nikola Jokic, but are still going to enjoy elite-level talent in Bogdan Bogdanovic and Boban Marjanovic.

The Philippines, meanwhile, will use the remainder of the qualifiers to audition its young pool for the Serbia tournament.

Gilas Pilipinas will make a few roster changes, activating Jordan Heading, Geo Chiu and Francis Lopez. Jaydee Tungcab, Mike Nieto and Will Navarro will be relegated to reserves. Javi Gomez de Liaño, who did not play (coach’s decision) against Korea, was reinserted to the lineup, giving the State U standout another chance to see minutes on the court.

Meanwhile, Indonesia knows very well it is going through the wringer in the match that tips off at 6 p.m.

“Tomorrow, you know, we’ll try to push them to the limit. That’s our goal. I think they’re the favorites, they’re better than us,” said coach Rajko Toroman, just moments after absorbing a 104-81 loss to South Korea that also put the latter in the Asian championship.

The Indonesians are expected to heavily lean on Lester Prosper, a well-traveled big man who is the team’s naturalized player.

“We will do everything to give them a hard time,” Toroman said.

The Philippines rounds out its schedule against Korea on Sunday. INQ