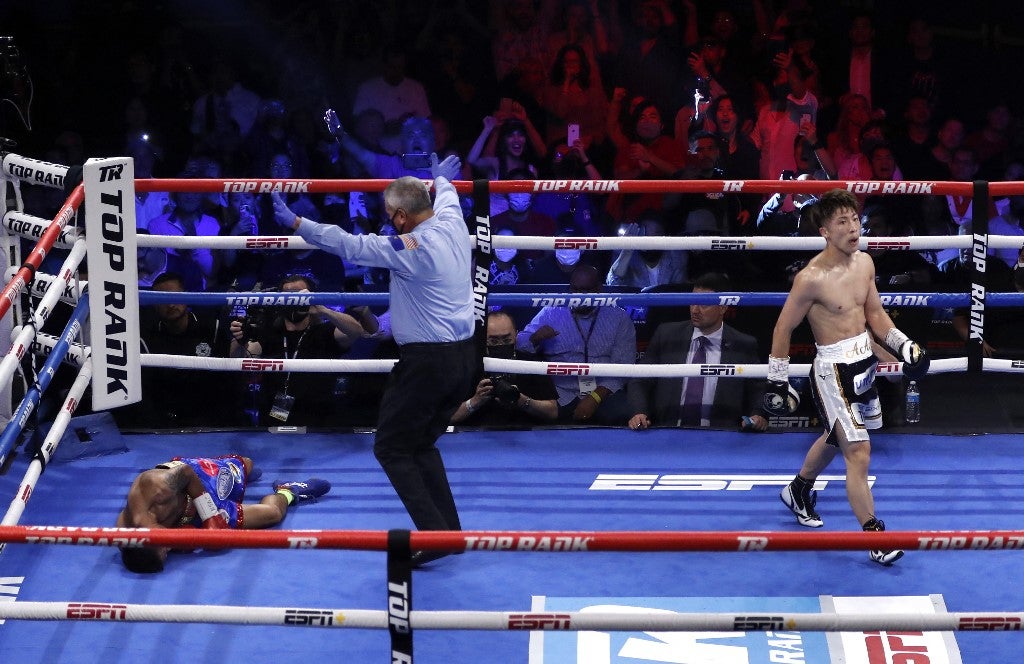 Inoue knocked the challenger down once in the second and then twice in the third, forcing the referee to halt the onslaught at Virgin Hotels in Las Vegas.

And the damage begins! 😖@naoyainoue_410 goes after the liver, Dasmarinas goes to the canvas. Ouchhhh.#InoueDasmarinas | LIVE NOW on ESPN pic.twitter.com/9GKMbngcMM

Liver … Liver … Game Over, #AndStill inside of 3 rounds.

Try to not wince while watching this. @naoyainoue_410 is just on another level. 👹🇯🇵 #InoueDasmarinas pic.twitter.com/hIl1G9MQPo

It was the first loss for Dasmariñas since losing a split decision in 2014, but it was obvious he has never faced a fighter of the magnitude of Inoue, who is considered one of the top pound-for-pound fighters in the sport.

Inoue’s game plan to go to the body worked perfectly on Dasmarinas, who hardly threw any punches in rounds two and three.

Inoue dismisses Casimero trash talk: I choose to not pay attention to that