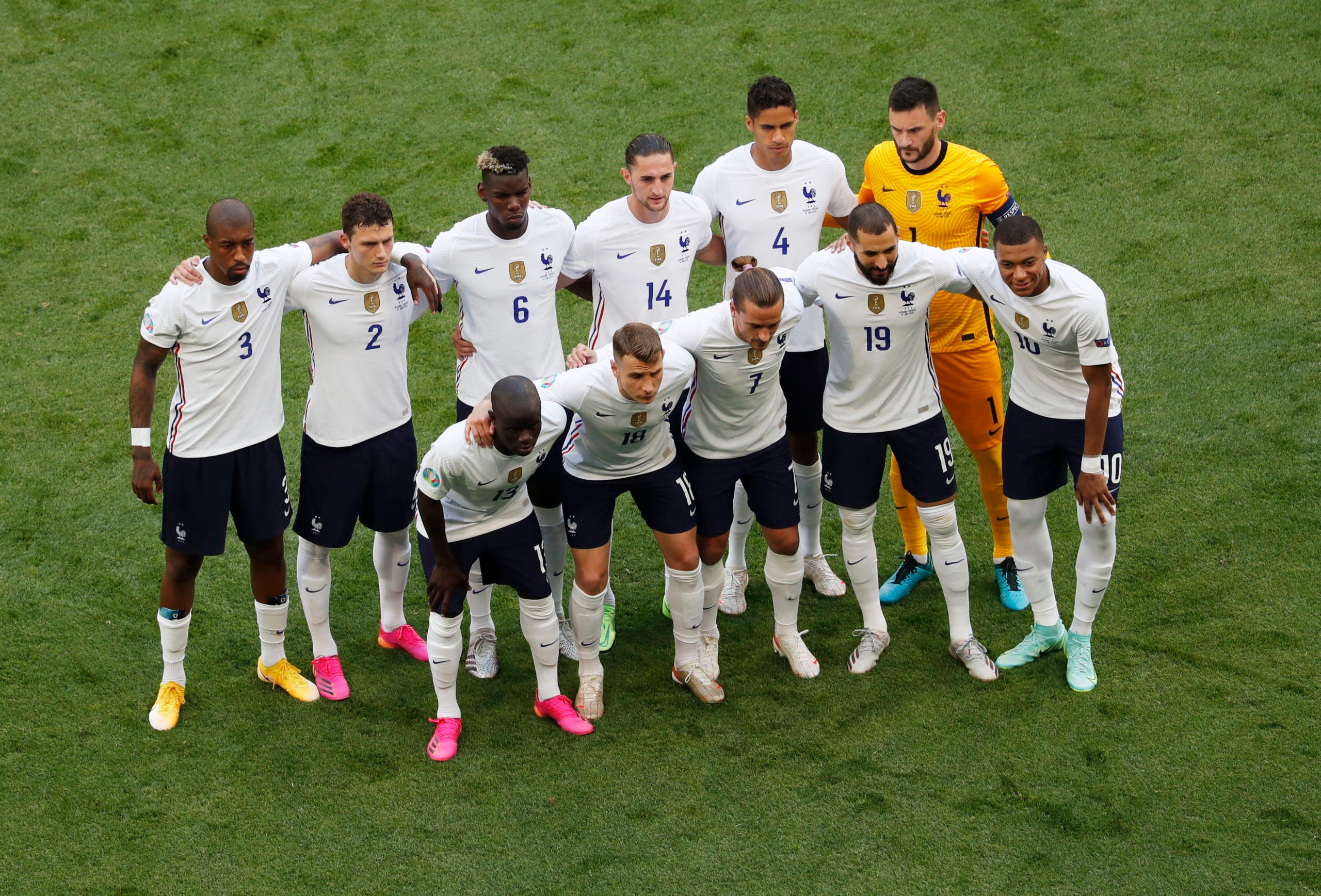 Tournament favorites Les Bleus dominated Germany in their opener but only won through an own goal, then looked short of ideas and stamina in a surprising 1-1 draw against Hungary.

They do top Group F – after Portugal were humbled by Germany – but the fearsome attacking trio of Antoine Griezmann, Kylian Mbappe and Karim Benzema will be disappointed to have only found the net once so far.

Mbappe has looked as fast and tricky as ever, pressuring Germany’s Mats Hummels for the own goal and setting up Griezmann for the equalizer against Hungary. Benzema, though, has now failed to score from 30 shots over three European Championships.

But Deschamps was keeping faith with the man who bagged 29 goals in all competitions for Real Madrid this season, to earn a spot in the national team for the first time since 2015.

“With his experience, I don’t think he has doubts. He’s been doing some good things. He knows a lot is expected from him but it’s not just about goals,” the coach said.

A draw against Portugal, who beat France in the Euro 2016 final, maybe enough for Didier Deschamps’ side to go through as group winners. They have four points, one more than Germany and Portugal, while Hungary is bottom with one.

France could also qualify for the last 16 before kickoff if results in other groups guarantee them going through as one of the best third-placed teams even should they lose.

Deschamps said his three vaunted forwards could not bear the whole responsibility in attack.

“You cannot dissociate their performance from that of the midfielders and the fullbacks,” he explained. “They don’t have that many games together and it can always be better.”

“What every striker needs at the beginning of a competition is to score that first goal,” he said. “Kylian and Karim have the chances. When one goes in, they will flow.”

Deschamps does have alternatives upfront in Olivier Giroud, France’s all-time second top scorer, Kingsley Coman and Wissam Ben Yedder. Ousmane Dembele would also have been an option but was ruled out of the tournament on Monday with a knee injury.

After a 3-0 victory against Hungary, Portugal was beaten 4-2 by Germany despite Fernando Santos’s cautious approach and changes could be made against France, with midfielder Renato Sanches expected to start in place of Bernardo Silva.

Cristiano Ronaldo remains their best asset: he already has three goals in these Euros and is the tournament’s all-time top scorer with 12.