Spence honored to face Pacquiao, but 'all respect goes out window' during fight | Inquirer Sports 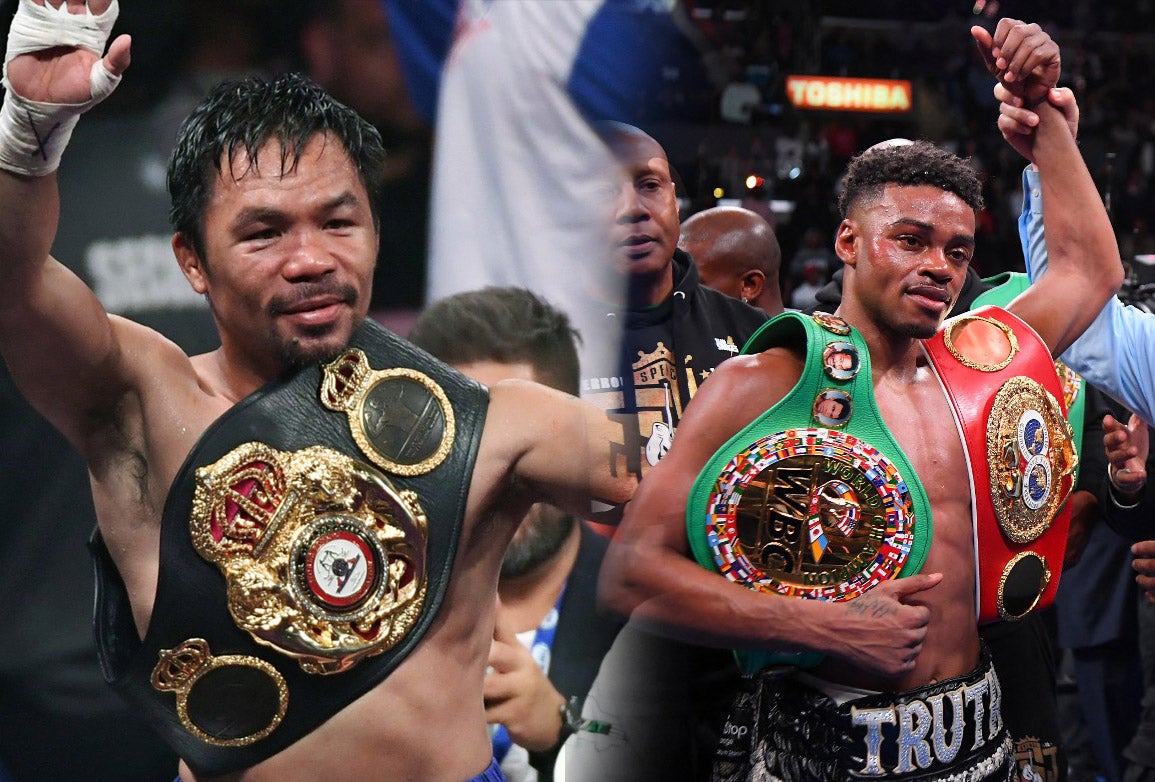 MANILA, Philippines—Errol Spence Jr. is coming into his fight against Manny Pacquiao as the champion with his two belts on the line.

But he’s also the up and comer taking a crack against a legend.

“It’s a great fight man, he’s a legend of the sport, one of the GOATs (greatest of all time),” said Spence in an interview with ES News. “It’s an honor for me just to be in the fight but once in the ring all that respect goes out the window.”

Spence, who holds the WBC and IBF welterweight titles, did not predict how his fight against Pacquiao will go.

Holding a perfect 27-0 record, Spence won 21 of his fights via knockout but he’s playing it safe with his predictions.

But he did guarantee a firecracker of a match come August 21.

Spence and Crawford are considered as not only the best welterweights but the top pound-for-pound fighters with the former at the no.6 spot of Ring Magazine’s rankings and the latter at no.2.

A Crawford fight would be big for Spence, who’s been eyeing to unify all of the belts in the 147-lb division, but he also sees his match against Pacquiao as a career-defining one.

“More people know Pacquiao, Pacquiao is an icon of the sport,” said Spence. No matter what demographic, everybody knows who Manny Pacquiao is.”