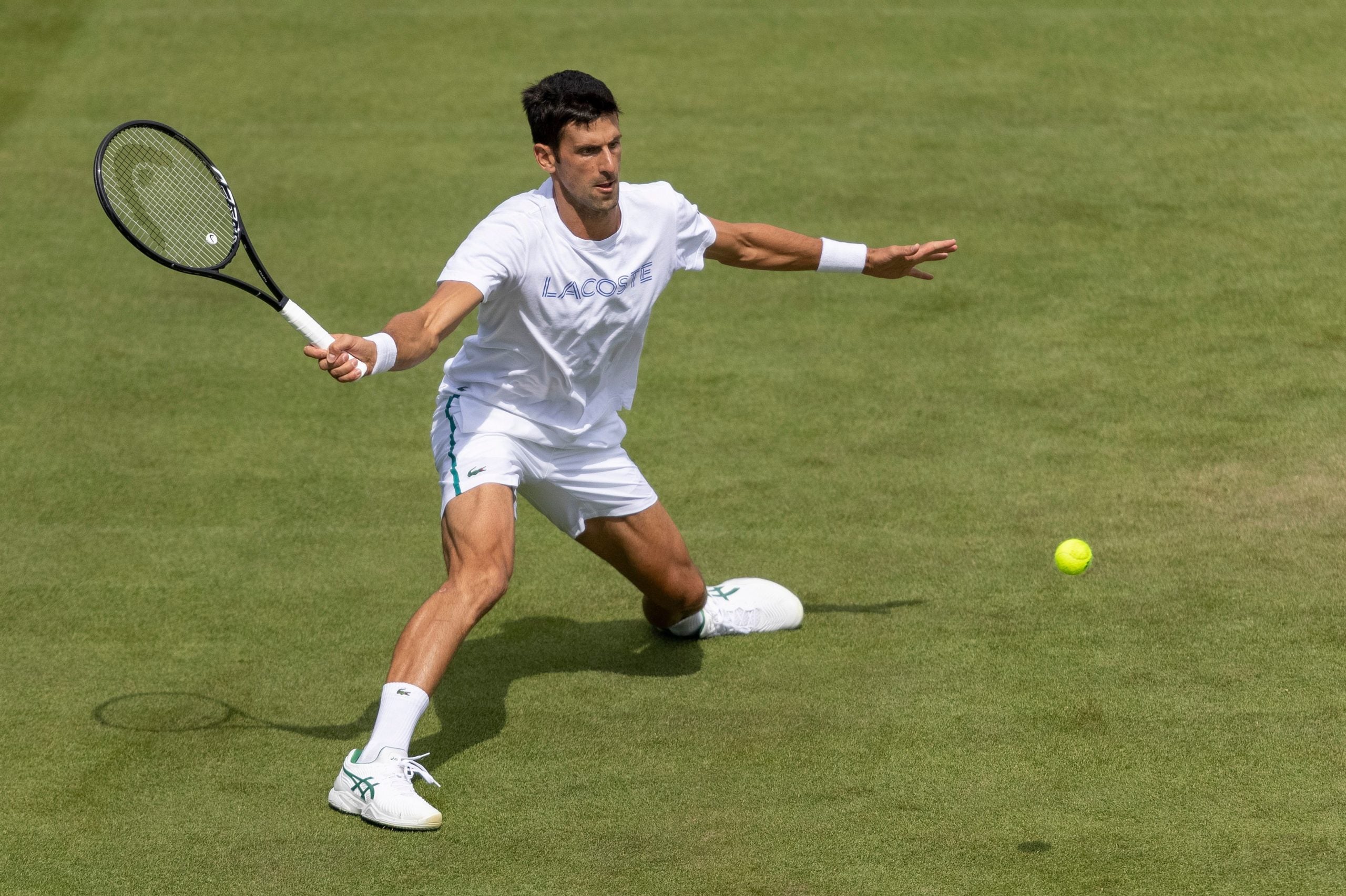 LONDON – Novak Djokovic arrives at Wimbledon looking to join Roger Federer and Rafa Nadal on 20 Grand Slam titles and the world number one said he has changed his calendar to ensure his focus is on peaking at the majors at this stage of his career.

Djokovic has participated mainly in Grand Slams and Masters tournaments this year — winning both the Australian Open and French Open — and the 34-year-old said he was fortunate to play his best tennis when it mattered the most.

“Grand Slams are the biggest motivation I have right now at this stage of my career… I want to try to make the most out of Grand Slams as I possibly can. I’m trying to peak at the majors,” Djokovic told reporters.

“Nowadays I have to adjust my schedule a bit more with the quality time with family that means a lot to me, reducing the number of tournaments, trying to adjust everything so that I could be at my top level on slams.

“That’s how my last year and a half looked like, and that’s how probably the rest of my career will look like in terms of scheduling the tournaments.”

Djokovic said he did not have time to celebrate his Roland Garros triumph earlier this month as he was back on court four days later but he was looking forward to making it three titles in a row at Wimbledon after wins in 2018 and 2019.

Last year’s tournament was canceled due to the COVID-19 pandemic.

“I didn’t have too much time really to reflect on what has happened in Paris. That’s how it is, that’s the tennis season and tennis schedule, I turn the next page,” the five-time Wimbledon champion added.

“I’ve been on a run on these courts. I love being here, it has always been a dream tournament for me when I was a seven-year-old, dreaming to win the Wimbledon.”

Djokovic said he loved Wimbledon’s tradition where the defending champion kicks things off on the “virgin grass” at centre court but admitted he did not know too much about his first round opponent — British wildcard Jack Draper.

“I’ve seen him play a little bit in Queen’s where he beat (Jannik) Sinner. I actually practiced with Sinner yesterday so I asked him couple questions about Draper’s game,” he said of his 19-year-old opponent.

“I know he’s a lefty, I’ve seen him practice today a little bit. I have to do my homework… He’s a home player. I’m sure there’s going to be lot of support, a lot of people behind him.”