Tsitsipas hails Djokovic as ‘one of the greatest’ 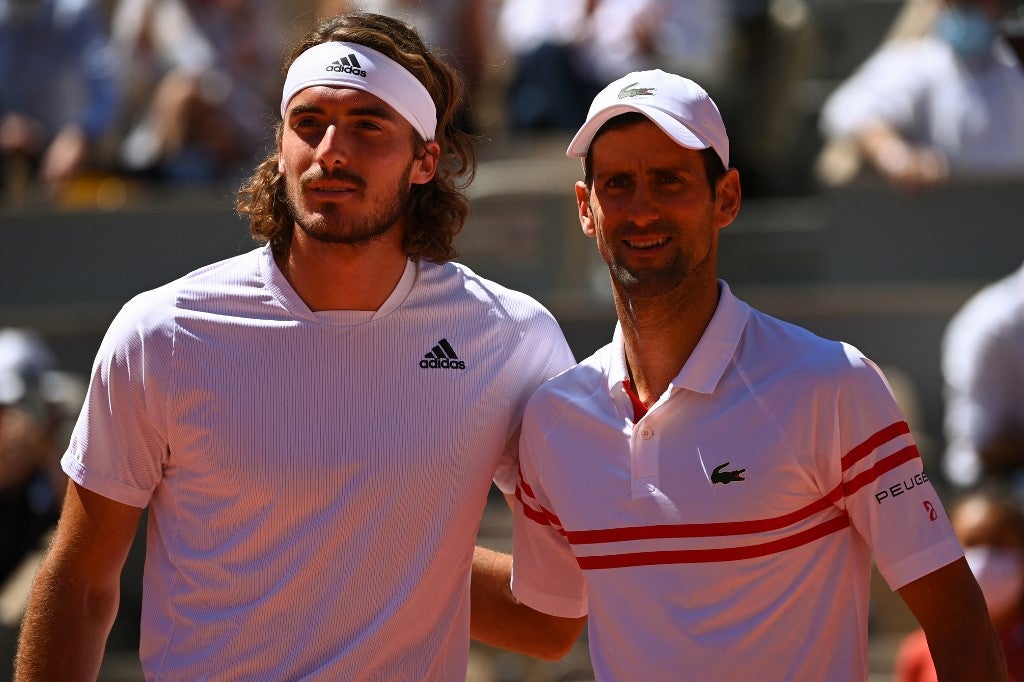 Stefanos Tsitsipas hailed Novak Djokovic as “one of the greatest players tennis has seen” ahead of the Serb’s assault on a sixth Wimbledon title and record-equalling 20th Grand Slam crown.

World number four Tsitsipas enjoyed and then endured a close-up view of Djokovic’s powers when he gave up a two-set lead to lose the French Open final two weeks ago.

Victory in Paris allowed Djokovic to become the first man in over half a century to win all four majors twice.

Now, with the 2021 Australian and French Open titles under his belt, he is halfway to becoming only the third man, and first since Rod Laver in 1969, to complete a calendar Grand Slam.

“He’s a complete player. He has the potential to do it,” said Tsitsipas on Sunday.

“Obviously we’re there to try and kind of put a stop to that dream of his. It’s going to be difficult.

“Me personally, I find it very challenging playing against him. I think he’s one of the greatest players tennis has seen.”

Tsitsipas is seen as a Wimbledon champion-in-waiting should Djokovic and eight-time winner Roger Federer falter.

However, his record on grass remains mediocre although that can be attributed to lack of exposure more than any particular weaknesses in his game.

Tsitsipas, the first Greek player ever to reach a Grand Slam final, made the last 16 at Wimbledon in 2018 but lost to Italy’s Thomas Fabbiano in the first round 12 months later.

Wimbledon was cancelled last year due to the pandemic.

“I didn’t really have Plan B or Plan C. I just kind of had my one way of playing. That was also because of lack of experience, not being on the tour for long enough,” he said as he recalled his five-set loss to 89th-ranked Fabbiano.

“I was disappointed. I was also miserable that time of the year.

“I can tell you that right now I’m feeling happy every single day.”