MANILA, Philippines — Senator Manny Pacquiao shrugged off the breach of contract lawsuit filed against him, saying it “has no merit” and “intends to distract” his preparations for his bout with Errol Spence Jr.

“Paradigm Sports’ lawsuit against me has no merit. Sadly, this frivolous lawsuit intends to distract my preparations for a historic fight,” Pacquiao said in a statement Monday.

“But it does not bother me a bit. My lawyers are on top of this lawsuit and are ready to file counter charges against Paradigm Sports,” he added.

Earlier, it was reported that combat sports manager Audie Attar has filed a lawsuit against Pacquiao claiming the senator breached the contract when he agreed to fight Spence for WBC and IBF welterweight titles. 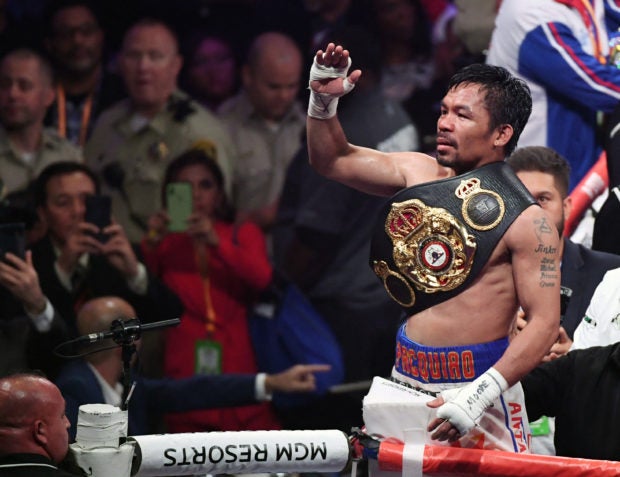 Attar, who runs Paradigm Sports Management and represents UFC superstar Conor McGregor, said he was in the process of negotiating Pacquiao’s fight with four-division champion Mikey Garcia on behalf of the Filipino boxing champ.