True heroes in Tokyo will be medical workers, says pilot from 1964 Olympics 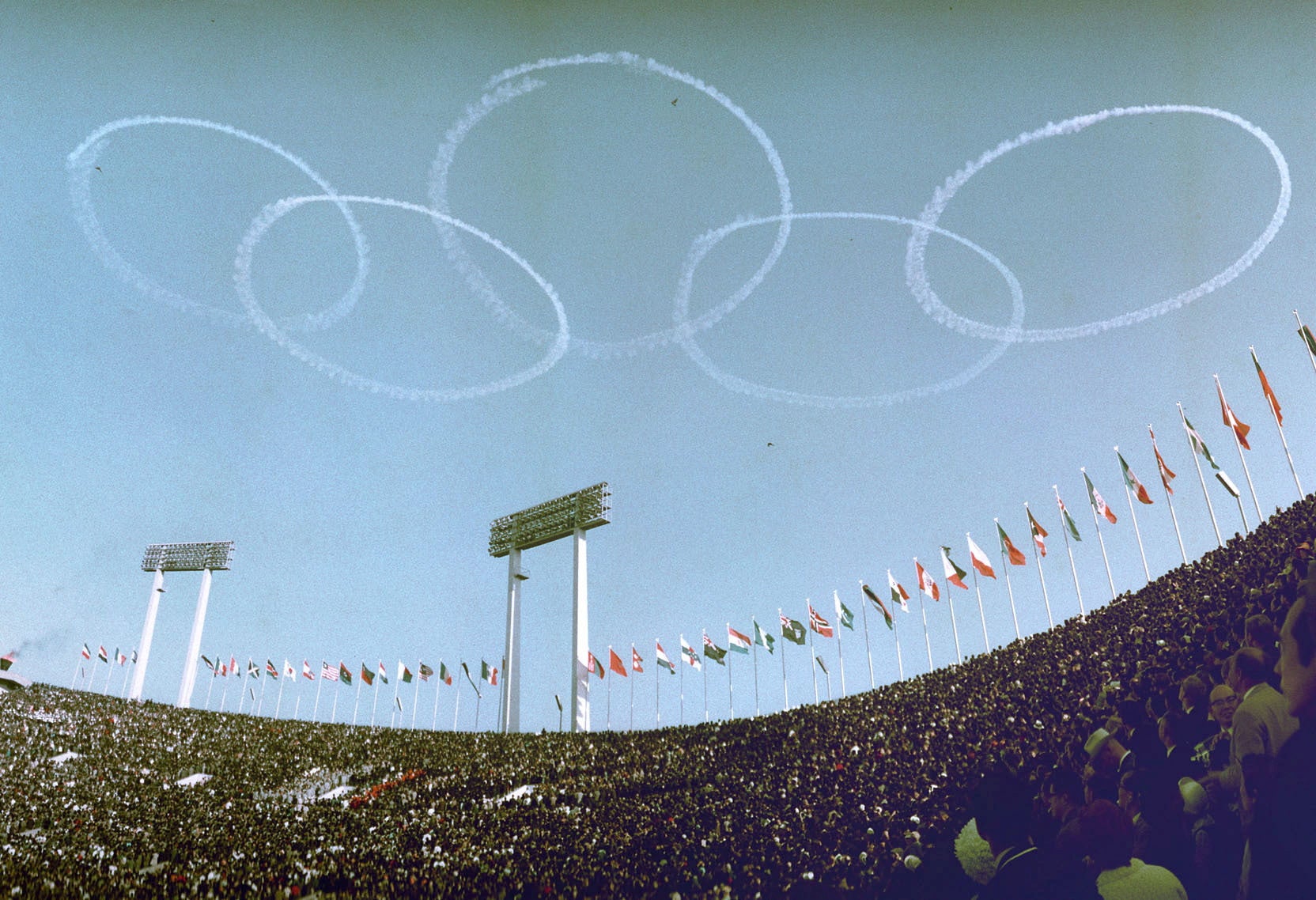 Japanese air force’s aerobatic team Blue Impulse draws Olympic rings in the sky at the opening ceremony of the 1964 Tokyo Olympic Games, over the captial in Japan in this photo taken by Kyodo October 10, 1964. Picture taken October 10, 1964. Mandatory credit Kyodo via REUTERS

TOKYO—A national hero in Japan who drew the Olympic rings with precision in the sky to mark the start of the 1964 Tokyo Olympics said today’s heroes are medical workers battling the coronavirus pandemic.

As a member of the Japanese air force’s aerobatic demonstration squadron, Blue Impulse, Katsushige Nishimura and four others drew the Games’ symbol in a clear, autumn sky nearly six decades ago.

For many in Japan, that was one of the most memorable moments from the sporting event held to show the world the country’s recovery from the ashes of World War Two.

The government plans for Blue Impulse to fly again on the opening day of the Summer Games this year and draw the rings over the capital. The Tokyo Olympics, postponed for a year because of the pandemic, are scheduled to start on July 23.

“First and foremost, I would like to cheer and show our appreciation for medical workers,” Nishimura, 84, told Reuters. “It’s great if athletes will take part in the Games remembering that they can compete thanks to those medical workers.”

He recalled how in exercise flights in the run-up to the 1964 Olympics, he and fellow Blue Impulse pilots struggled to draw satisfactory rings.

“It was especially a mess at the beginning. We could not form perfect circles, some circles were bigger than others, and the five rings were not interlocking,” Nishimura said.

That struggle, he said, made the success at the opening ceremony even more delightful.

“I took my plane higher (after drawing the circle) and saw people in the national stadium looking upward. I saw them through the very rings we just created. That was a stirring moment,” Nishimura said.