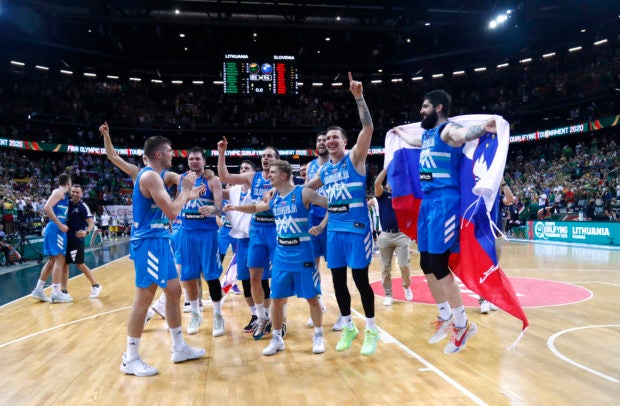 BELGRADE  – Italy, Slovenia and Germany took three of the last four available spots in the men’s Olympic basketball tournament at the July 23-August 8 games in Tokyo after winning their respective qualifying events on Sunday.

Serbia were without the NBA regular season’s most valuable player Nikola Jokic, who pulled out of the six-team qualifying tournament due to fatigue – and the home side sorely missed the Denver Nuggets centre.

The Italians carved out a 25-point lead midway through the third quarter after nailing nine three-pointers in the first half and then held off a late Serbia rally to reach their first Olympics since Athens 2004, when they won the silver medal.

Guard Nicolo Mannion led the Italians with 24 points, Achille Polonara added 22, and Simone Fontecchio chipped in with 21 as Serbia’s porous defence failed to deal with their rivals’ long-range shooting and offensive rebounds.

Having won the European title in 2017, Slovenia advanced to the Olympics for the first time as an independent nation on the back of an effervescent performance from Dallas Mavericks guard Luka Doncic, who racked up 31 points, 13 assists and 11 rebounds.

After a balanced first half, Slovenia pulled away in the second and silenced the home Lithuanian fans in Kaunas as 22-year old Doncic pulled all the strings to win the tournament’s most valuable player award.

“I don’t care about the MVP award because what matters is that we won the tournament and reached the Olympics for the first time,” a delighted Doncic said in a courtside interview.

“Like every child in Slovenia, I too dreamed all my life of being in the Olympic games. We are a small nation but we have a lot of potential and we’ve made history here.”

Germany knocked out hosts Croatia in Split on Saturday and followed up with a superb defensive performance against Brazil as they led throughout the low-scoring contest.

Moritz Wagner stood out with a game-high 28 points for the Germans, while Brazil guard Vitor Benite scored only nine at the other end after he was confined to making a mere three of 18 shots from the field.

The Czechs, who edged hosts Canada 103-101 in Saturday’s thrilling semi-final, take on Greece in Victoria at 2305 GMT for the last available berth.

Holders the United States, France, Iran, Australia, Nigeria, Argentina and Spain all qualified earlier along with hosts Japan, who were given an automatic berth.