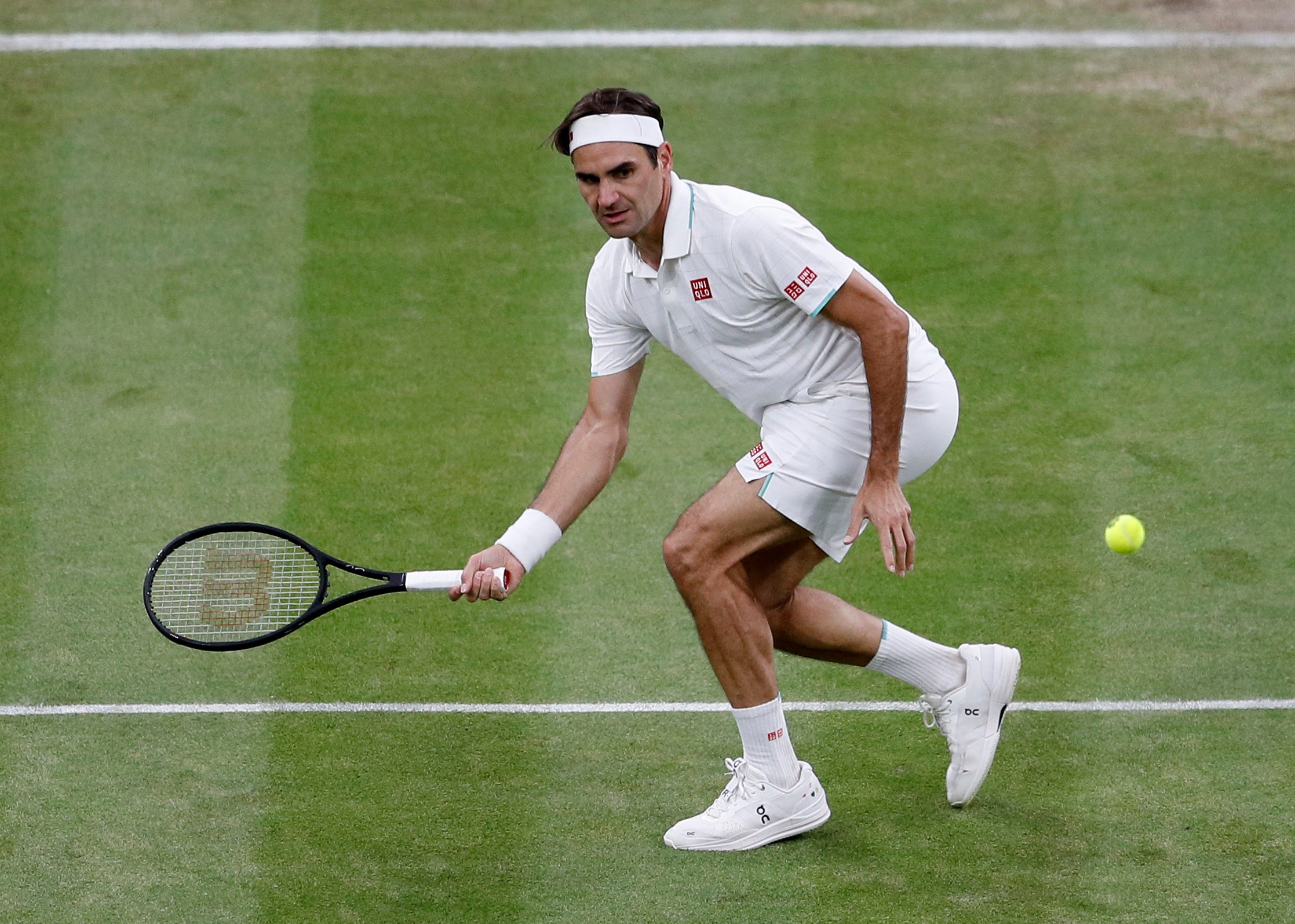 LONDON –A sudden downpour is rarely a welcome sight at Wimbledon.

Hence spare a thought for Italian Lorenzo Sonego who on his Centre Court debut found himself break point down at 5-5 in the first set of his fourth round showdown with Roger Federer when a cloudburst sent the players scurrying back to the locker room.

One can only guess the torment he must have endured during Monday’s 20-minute stoppage, during which the roof was closed over the soggy and windswept court, but upon resumption it was clear the disruption had done Sonego no favors.

He immediately produced a double fault under the floodlights to surrender his serve and that was the break Federer needed to prove that when it comes to Wimbledon he is no pushover, even at the grand old age of 39.

The eight-time champion weathered a first-set storm, from his opponent and the rain gods, to become the oldest man in the Open Era to reach the Wimbledon quarter-finals with a 7-5 6-4 6-2 win over the 23rd seed.

“I’m extremely happy, it was tricky conditions both inside and out and after the first set I felt I controlled the match better. I couldn’t be more excited to be in the quarters,” Federer, who turns 40 next month, told the crowd.

Sonego is certainly no slouch on green turf having won his first ATP title on the surface in Turkey two years ago and he seemed to relish the challenge of facing the man who has no equal when it comes to grasscourt tennis.

Maybe it was the gusting wind or Federer’s lack of match-practice, after playing only a handful of tournaments in the past 18 months, but the sixth seed let break point after break point slip through his fingers in the opening set.

Even when a Sonego forehand error handed him a 4-3 lead, the Swiss could not hold on to it when he went to serve for the set at 5-4 up. The plucky Italian earned a standing ovation when he conjured a show-stopping lob over a leaping Federer en route to breaking Wimbledon’s favorite son to love to draw level at 5-5.

Then followed the game that featured 20 points, seven deuces, some rat-a-tat exchanges at the net and a poor Federer lob that was smashed away by Sonego before rain rudely stopped the players in their stride.

When the players returned to resume the game that had already dragged on for 12 minutes in actual court-time, it took 15 seconds to see whose nerves had been shot to pieces.

That provided Federer with the spark he needed to motor through the rest of the contest after converting only two of the nine break points he had earned during the first set.

“When you’re me, with the year I had, it’s all question marks all over the place. You have to prove it again to yourself that you can actually do it,” said Federer, who underwent two knee surgeries in 2020.

“Now we’ll see how much more I’ve got left in the tank. Clearly it was important again to win in straight sets.”

In his record-extending 18th Wimbledon quarter-final, and 58th across all four majors, the eight-time All England Club champion will meet either Russian second seed Daniil Medvedev or Poland’s Hubert Hurkacz, whose match will resume on Tuesday.