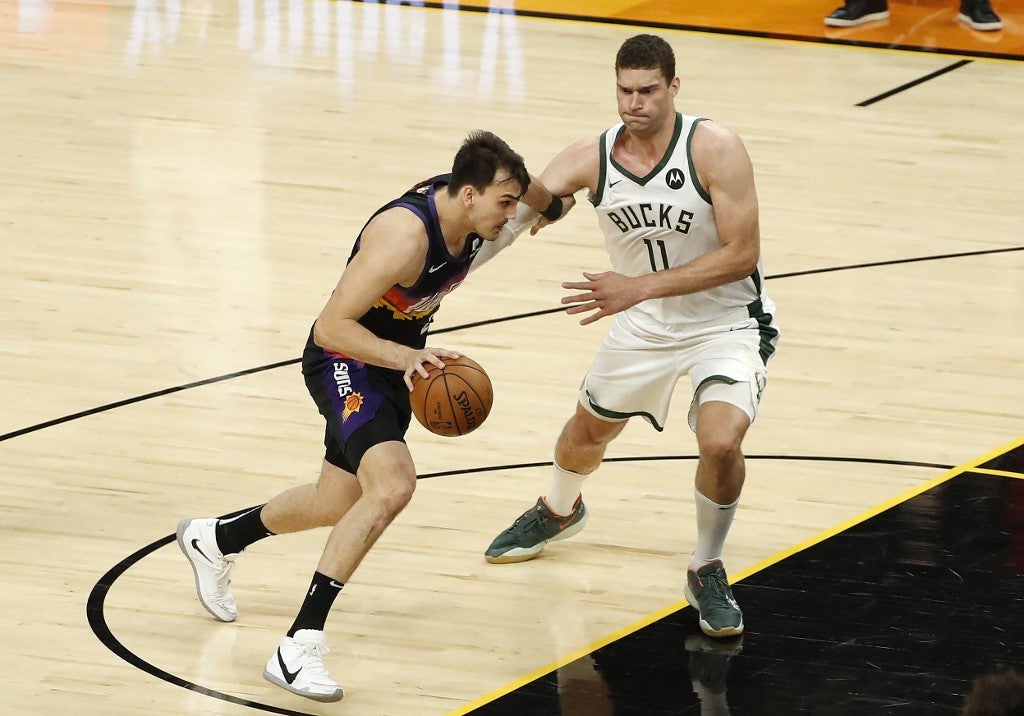 PHOENIX, ARIZONA – JULY 06: Dario Saric #20 of the Phoenix Suns drives to the basket against Brook Lopez #11 of the Milwaukee Bucks during the first quarter in Game One of the NBA Finals at Phoenix Suns Arena on July 06, 2021 in Phoenix, Arizona. Chris Coduto/Getty Images/AFP

Phoenix Suns reserve big man Dario Saric left Game 1 of the NBA Finals in the first half on Tuesday with a right knee injury and was ruled out for the remainder of the game.

The 6-foot-10 Saric landed awkwardly on a play with 1:43 remaining in the opening period. He headed to the Suns’ locker room in the second quarter and was having trouble putting weight on his right leg.

Saric did not score a point in two minutes of action against the Milwaukee Bucks and was 0-for-1 from the field with one rebound.

Saric averaged 8.7 points with 3.8 rebounds and 1.3 assists during 50 regular-season games (four starts) this season. In 13 playoff games off the bench before the start of the Finals, the fifth-year player produced 4.8 points with 2.6 rebounds and 1.1 assists per game.