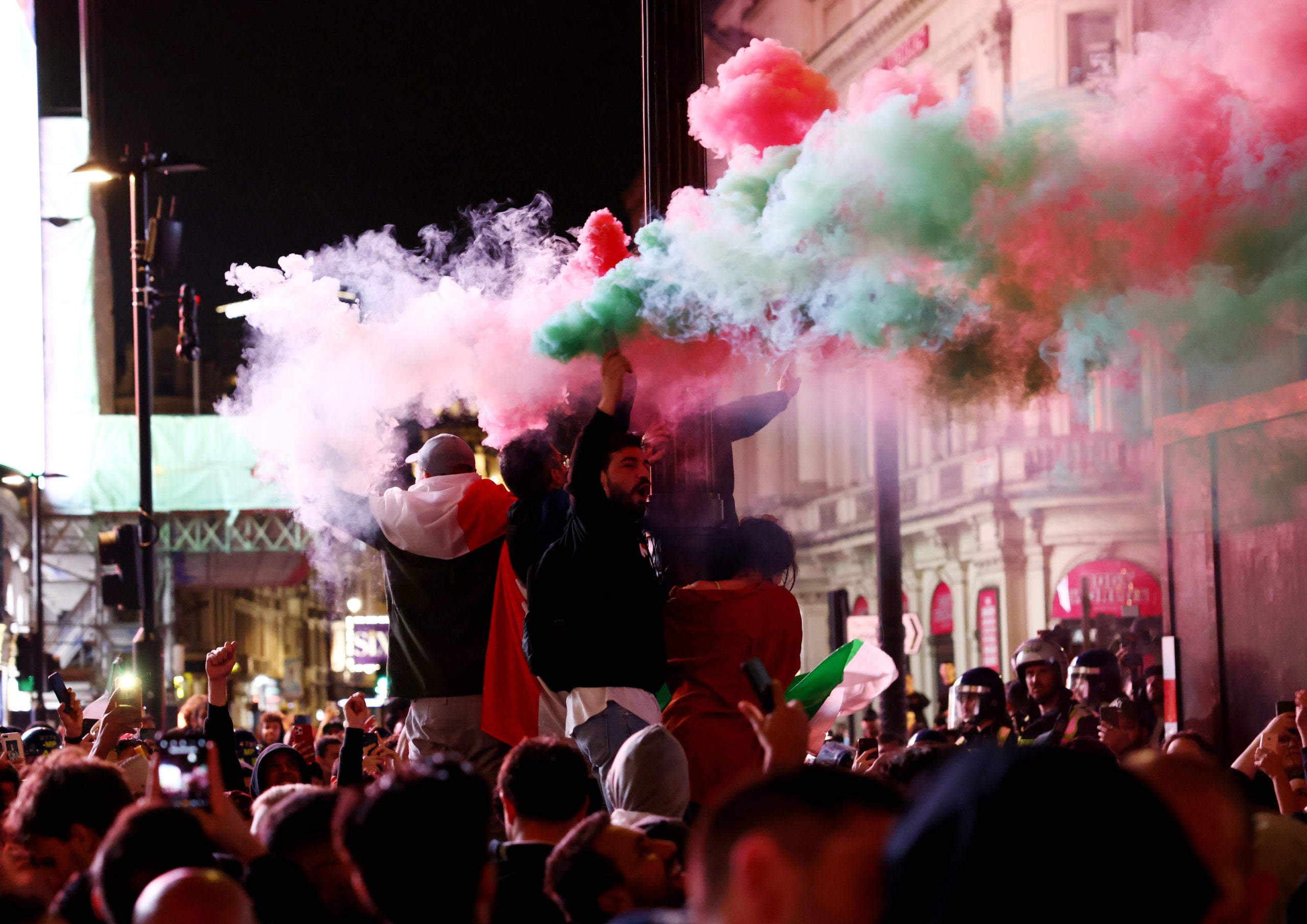 ROME – One person died and several were injured during sometimes wild celebrations in Italy after its football team’s triumph over England in Sunday’s Euro 2020 final.

A 22-year-old man died in a car crash in Caltagirone, in Sicily, as he was rushing to the town center to join victory festivities, police said.

In the financial capital Milan, 15 people were hurt, three seriously, in rowdy, post-match partying. One of them lost three fingers when a firework exploded in his hand.

In a town near the southern city of Foggia, police believe a hitman took advantage of the chaos in the streets to settle a score, shooting dead his target in the crowd before escaping on a motorbike.

The victim’s six-year-old niece was also wounded in the attack and was in a “very serious” condition, media said.

Italy won the championship in London for the first time since 1968, with a 3-2 penalty shootout win after the teams had fought out a 1-1 extra-time draw.