Chris Paul of the Phoenix Suns drives to he basket against Giannis Antetokounmpo and Khris Middleton of the Milwaukee Bucks in Game 3 of the 2021 NBA Finals at Fiserv Forum on July 11, 2021 in Milwaukee, Wisconsin. (Getty Images via AFP)

The NBA and its players union announced that four-time NBA champion James led jersey sales and his 2020 NBA champion Lakers were still the hottest money spinner in merchandise sales. 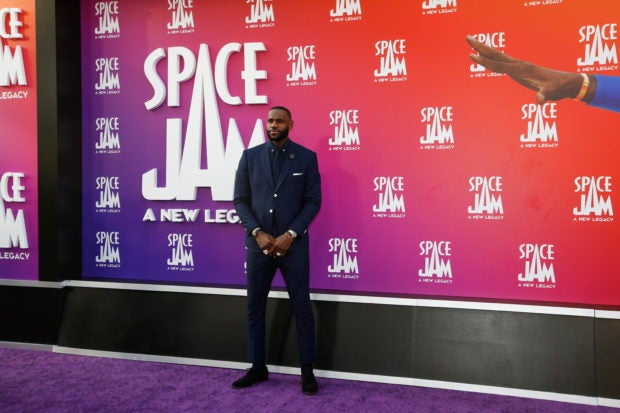 No purchase totals or financial figures were made public from online sales made through the league store from March 11 through Tuesday.

Just behind James in jersey sales was Antetokounmpo, who matched his top sales rankings at second by leaping three spots above where he ranked in the first half of a Covid-shortened season that began in December.

Brooklyn had three players in the top 10 of jersey sales, led by Kevin Durant in third with Kyrie Irving eighth and James Harden ninth, just ahead of Portland’s Damian Lillard.

Greek star Antetokounmpo, a two-time NBA MVP, has generated more than 22.8 million engagements on his Instagram account this season, ranking fourth among current NBA players behind James, Curry and Lillard.

Booker, who helped the Suns reach the NBA Finals against Milwaukee, rose 12 places to sixth on the jersey list.

That helped the Suns move from 19th to third on the overall team merchandise sales list, trailing only the Lakers and Brooklyn and finishing just ahead of Milwaukee, which jumped six spots above where they were in March.

At 11th, Atlanta’s Trae Young reached a career-best on the jersey sales list.