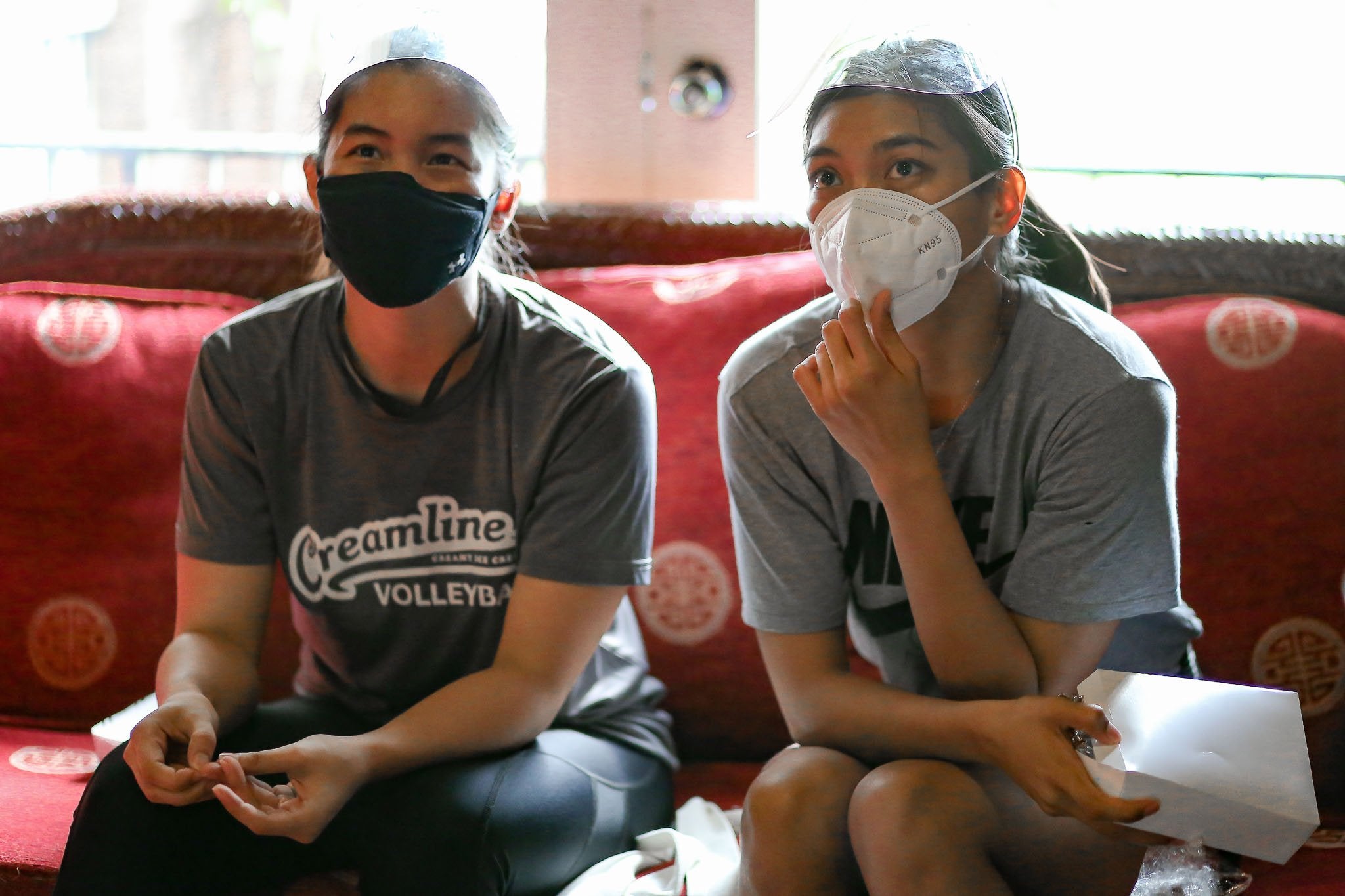 This wouldn’t have happened a year or two ago: Creamline’s Alyssa Valdez vs Mika Reyes and Sta. Lucia.

The fledging first professional women’s volleyball league in the country gets off the ground on Saturday at PCV Socio-Civic Cultural Center in Bacarra, Ilocos Norte province, with the Valdez-Reyes matchup happening after the Premier Volleyball League (PVL) got all of best teams in the land playing under one umbrella.

Valdez and Reyes haven’t squared off since their respective glory days with Ateneo and La Salle in the University Athletic Association of the Philippines.

Creamline and SLR (Sta. Lucia Lady Realtors) slug it out in the main game of a triple-header at 7 p.m., with Reyes already singling out their opening day foe as the team to beat.

“I think all the teams have deep benches, particularly Creamline, whose roster remains intact,” said Reyes. “But just like any other team, our mindset is to be in top condition and be able to dish out our best in every game.”

The Cool Smashers boast one of the league’s most talented lineups that include Valdez, Jia Morado, Michele Gumabao, Tots Carlos and Jeanette Panaga. Mika Reyes of Sta. Lucia says conditioning will be a key in the tournament.—CONTRIBUTED PHOTO

Every team a threat

Valdez said they have to be wary of the competition especially from the former Philippine SuperLiga (PSL) clubs, as this will be the first time they will play against each other.

“We have to watch out for every team,” said Valdez. “Other teams also toughened up their respective rosters, so we really have to prepare for every team.”

Like all sports in the country and in the world, volleyball was shuttered because of the pandemic. It has turned out to be a blessing in disguise somewhat, as powers-that-be of the sport were able to find a solution to the ills and come up with this league.

“We’re very excited since this is the longest that we’ve been away from the competition, and from volleyball in general,” said Creamline setter Morado. “I think the last few months of preparations have been very brutal not just on us but for everyone who are really [preparing] the best that they can for this tournament.”

Two-time PSL champion Chery Tiggo, another team with a deep enough roster to contend for the title, will open the proceedings against fellow league transferee PLDT Home Fibr at 1 p.m., with Perlas colliding with Cignal in the 3 p.m. contest.

Another PSL force in F2 Logistics was supposed to also see action, but went on leave because of injuries to key personnel.

Meanwhile, the four other teams launch their respective bids on Sunday with the Petro Gazz Angels and the Army Lady Troopers colliding at 3 p.m. and the Bali Pure Water Defenders squaring off with the Choco Mucho Flying Titans at 6 p.m.