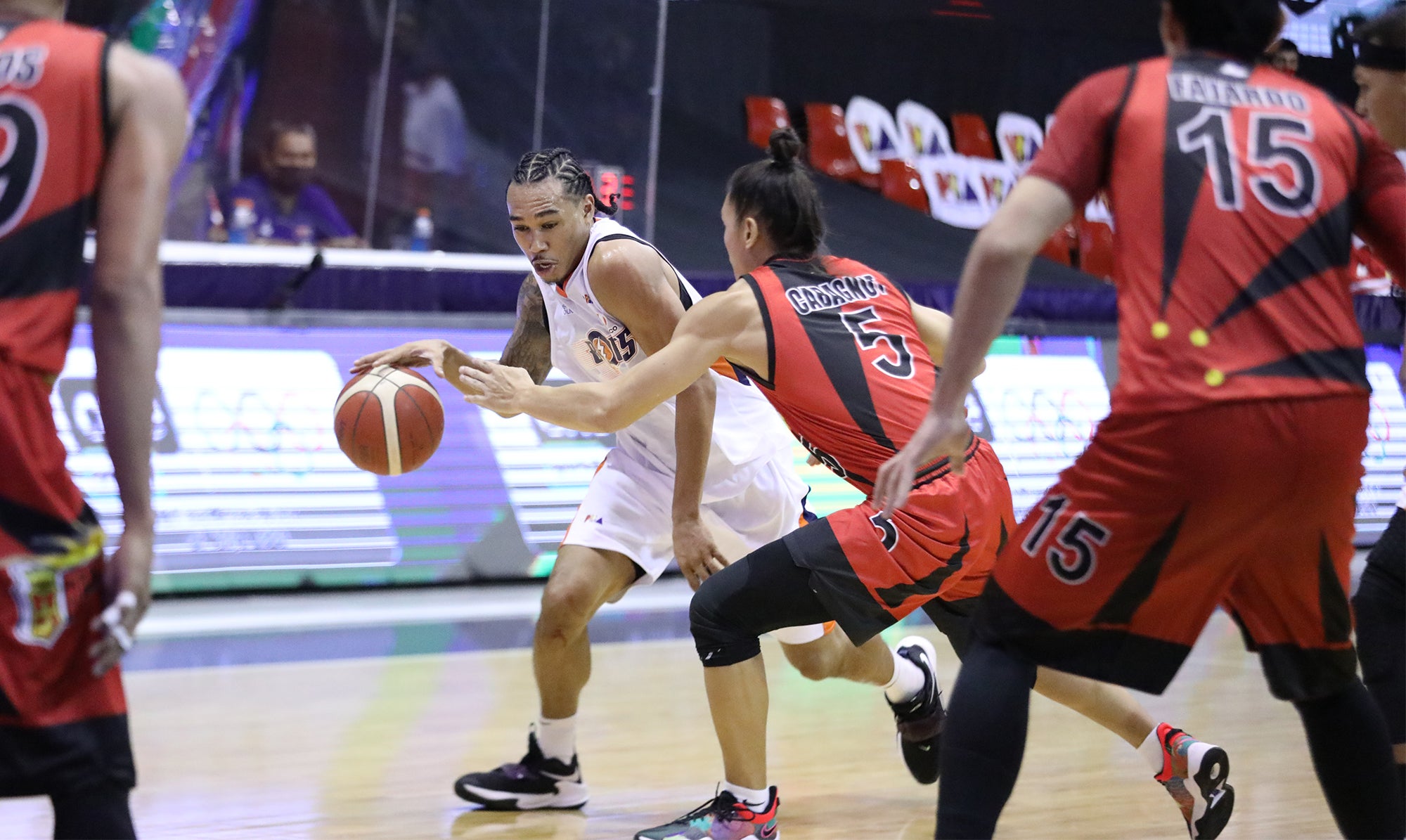 MANILA, Philippines—Meralco chalked up its second straight win after taking down San Miguel, 93-87, spoiling the return of June Mar Fajardo in the PBA Philippine Cup Sunday at Ynares Sports Arena in Pasig.

The Bolts improved to a 2-0 record while denying the Beermen of a win in their first game of the season.

While Fajardo made his return, Terrence Romeo, who also came back from a dislocated shoulder he suffered in the bubble last year, could see another time off after he twisted his ankle and looked to have hyperextended his knee in the fourth quarter.

Romeo was also unable to walk on his own when he entered the dugout to get immediate treatment.

Meralco held a slim 42-41 edge at the end of the first half but had a strong third quarter, outscoring San Miguel 32-18 in the period to take a 74-59 lead heading into the fourth.

San Miguel managed to get to within five, 88-83, after CJ Perez’ free throws but Chris Newsome drilled a triple with 40.4 seconds left for the Bolts’ 91-83 lead.

Romeo had 18 points to lead San Miguel while Moala Tautuaa, who started at center, had 17 points and 10 boards.

Perez also had 17 points in his San Miguel debut.