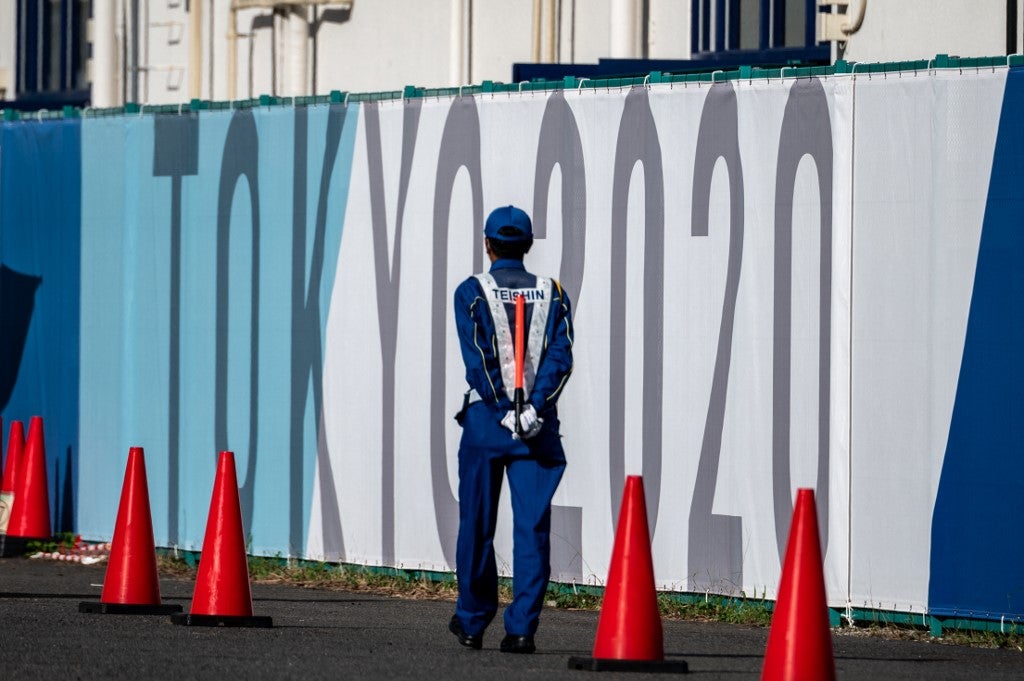 A security guard walks at the Olympic and Paralympic Village in Tokyo on July 15, 2021, ahead of the 2020 Tokyo Olympic Games which begins on July 23. (Photo by Philip FONG / AFP)

Three athletes, including two staying in the Olympic Village, have tested positive for COVID-19 less than a week before the start of the Tokyo Games.

Officials confirmed the three positive tests on Sunday, declining to name the athletes but noting they were “non-Japanese.”

An unidentified person in the athletes’ village also tested positive for COVID-19 on Friday, though Tokyo 2020 President Seiko Hashimoto said that the infected person was not an athlete but is someone who is involved in organizing the games.

Ryu Seung-min, who won a gold medal in table tennis for South Korea in 2004, also was confirmed to have tested positive on Sunday, the International Olympic Committee confirmed. He is the first member of the IOC to test positive.

The team is quarantining until it can be cleared to begin training camp.

There are now 55 people affiliated with the Olympics who have tested positive for the virus this month, according to a list kept by organizers.

The opening ceremony for the 2020 Tokyo Games, which was postponed last year due to the coronavirus, remains on schedule for Friday.

The pageantry of the opening ceremony comes amid the stark reality of the virus in Japan’s capital city. On Sunday, Tokyo reported 1,008 new COVID-19 infections, the fifth straight day the number exceeded 1,000.

Because of the outbreak, nearly every event at the Games will be held without spectators.

Tokyo is operating under a state of emergency through Aug. 22 that took effect on Monday — its fourth since the coronavirus pandemic began in March 2020. The Games will go on despite residents’ opposition and doctors’ warnings that hospitals could be flooded with COVID-19 patients.

The country has been slow to vaccinate its residents, with just 20.41 percent fully vaccinated, according to the Johns Hopkins Coronavirus Resource Center. By contrast, the United States and Canada are just below 50 percent.