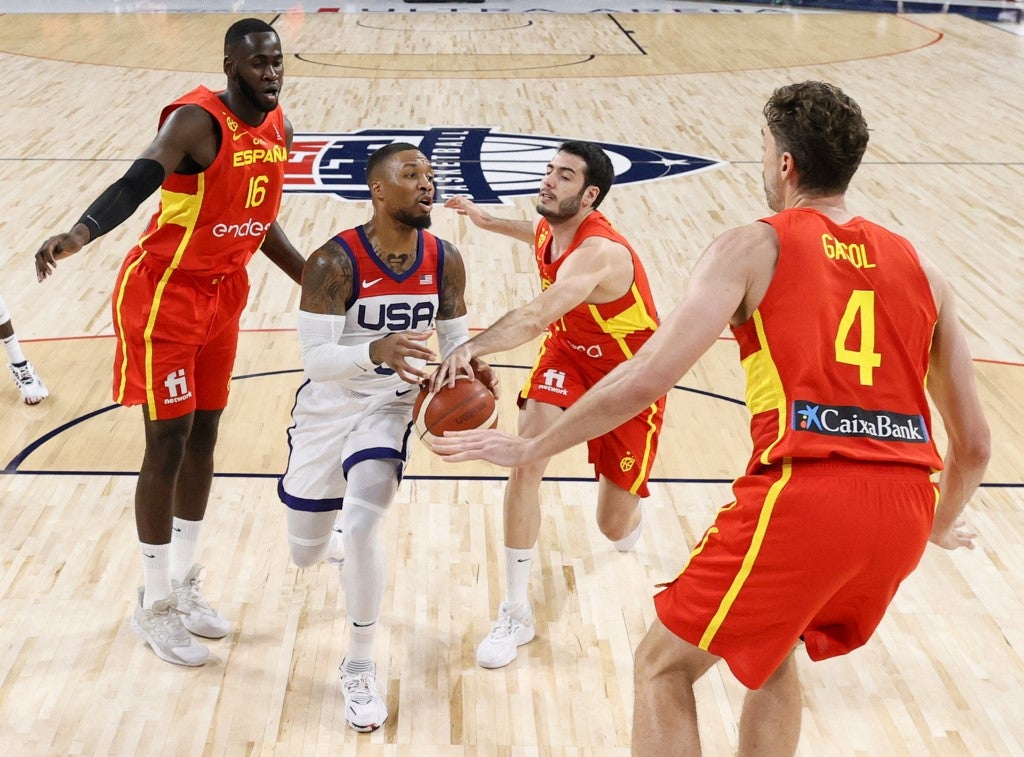 Team USA got back on track as they came from behind to beat reigning world champion Spain 83-76, in its final exhibition game before heading to Tokyo for the Olympic men’s basketball tournament.

Damian Lillard scored a team-high 19 points and Kevin Durant finished with 14 for the USA, who lost its first two exhibition games to Nigeria and Australia before beating Argentina on Tuesday.

The Americans also had a game against Australia canceled on Friday after Washington Wizards’ Bradley Beal was ruled out of the Olympics due to health and safety protocols connected to the global Covid-19 pandemic.

Jerami Grant of the Detroit Pistons was also put in health and safety protocols and Kevin Love was lost to an injury.

Just when it appeared the US might be running out of time to develop chemistry for a run at an Olympic medal, the team reversed its fortunes by rallying to beat Spain behind a balanced scoring attack.

Balanced scoring helps lead the #USABMNT past Spain in their final exhibition in preparation for Tokyo!

Keldon Johnson shot seven-of-nine from the field and had 15 points and Zach LaVine chipped in 13 in the victory at the Arena in Las Vegas.

Team USA got off to a quick start, going on a 7-0 run in the first few minutes of the game.

But Spain roared back with a run of its own to take a 18-14 lead after the opening quarter. Spain kept the pressure on and led 38-36 at the half.

Johnson scored 10 of his points in the third, with Lillard draining a three-pointer with just over three minutes left to give them their first lead since the opening moments of the game — and they would go on to extend that to double digits.

The USA picked up where they left off at the start of the fourth, as LaVine had a huge quarter, scoring all 13 of his points, including a couple of highlight-reel dunks.

The US will travel to Tokyo on Monday and have a week to get ready for its first game of the men’s tournament against France, set for next Sunday.

Bradley Beal out of Team USA roster for Olympics