Things to know about the softball competition at the 2020 Tokyo Olympics: 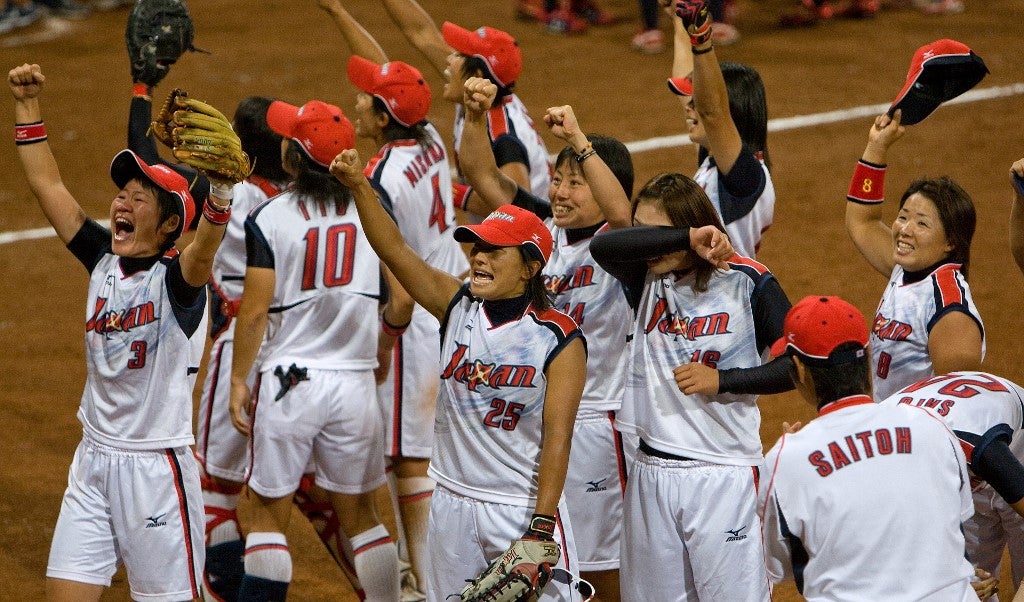 Japan’s players celebrate at the end of their 2008 Beijing Olympic Games softball gold medal match against the US at the Fengtai stadium on August 21, 2008. AFP PHOTO/Omar TORRES

One gold medal up for grabs.

WHAT HAPPENED IN BEIJING?

Japan stunned the United States 3-1 on the back of Yukiko Ueno’s brilliant pitching. FILE — The US softball team wave with their silver medals on the podium at the awards ceremony after their 2008 Beijing Olympic Games softball gold medal match loss to Japan at the Fengtai stadium on August 21, 2008.  AFP PHOTO/Omar TORRES

Ueno and U.S. veteran pitcher Cat Osterman are again leading their respective teams, who are expected to vie for gold, but Olympics newcomer Mexico are stacked with young talent and some observers rate Australia’s chances.

Softball’s opening match between Australia and Japan on July 21, two days before the opening ceremony, will be the first of 339 Olympic events to be contested in Tokyo, replacing the traditional opener football, which has its first game later that day.

The first few games will be held at Fukushima Azuma Baseball Stadium, which is near the site of the 2011 nuclear power plant disaster that forced thousands to flee. The competition then moves to Yokohama Stadium, near Tokyo.

Popular in Asia, the Americas and Oceania, softball debuted at the Olympics in 1996 but was cut after Beijing in 2008, with many blaming Europe’s influence over organizers as the main reason for it being axed.

Teams have been going out of their way to practice on artificial turf, including on lacrosse, baseball and American football fields. The Olympics stadiums, for the first time, do not have the usual dirt and grass and players are preparing for faster grounders, looser grips on balls, extreme heat and, worst of all, bad skin burns from slides.

“You just got to make sure you don’t get an annoying scrape that sometimes sticks to the sheets when you try to sleep,” said Canadian catcher Kaleigh Rafter.