Djokovic to start quest for Tokyo gold against 139th-ranked Dellien 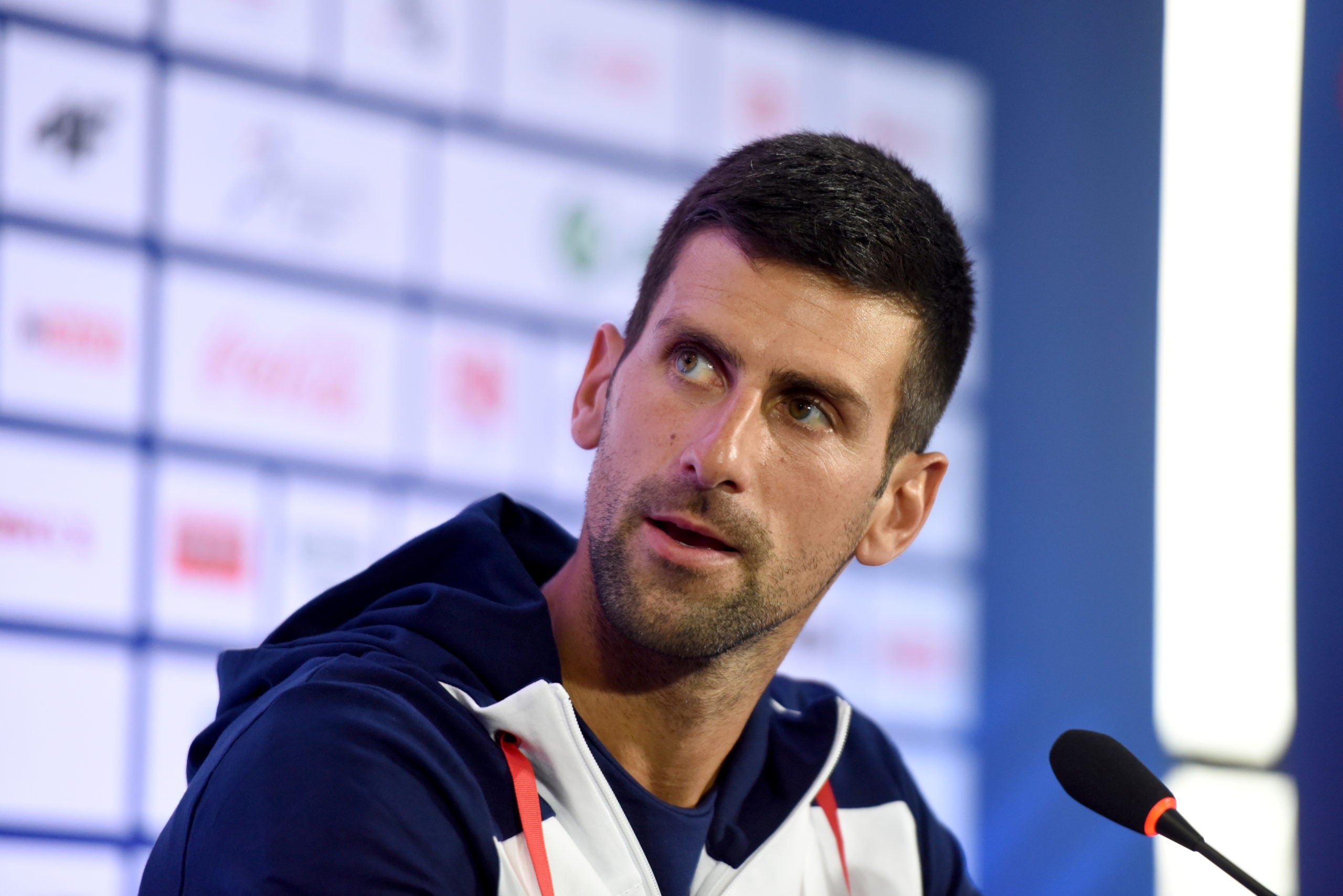 Tennis player Novak Djokovic speaks to the media before traveling to Japan where he will represent Serbia at the Tokyo 2020 Olympics, in Belgrade, Serbia, July 20, 2021. REUTERS/Zorana Jevtic

TOKYO— Tennis world number one Novak Djokovic will begin the next leg of his quest to become the first male player to complete the Golden Slam when he takes on Bolivia’s 139th-ranked Hugo Dellien at the Tokyo Olympics in the opening round.

The Serbian will need to win in Tokyo and then the U.S. Open later this year to achieve the feat that has so far only been accomplished by Germany’s Steffi Graf in 1988.

Djokovic, 34, completed the third leg towards achieving the Golden Slam when he added the Wimbledon title to his Australian Open and Roland Garros triumphs in 2021 to tie rivals Roger Federer and Rafa Nadal on the men’s record 20 titles.

Who will strike gold in the ladies' singles on Saturday 31 July?#Tokyo2020 | #Tennis pic.twitter.com/hPfpPsCy9l

Players from 46 countries will compete for Olympic glory as the competition starts on Saturday at the Ariake Tennis Park.

Home favorite Naomi Osaka meets Zheng Saisai of China in the opening round of the women’s matches.

World number two Osaka has not played since she quit the French Open in May following her first-round match in Paris.

She walked out of the claycourt Grand Slam after being fined and threatened with disqualification for refusing to attend mandatory post-match press conferences over mental health issues and also skipped Wimbledon later. Osaka, a four-time Grand Slam winner, will be a heavy favorite to triumph on the hardcourts in Tokyo with all her majors coming on the same surface.

In the women’s singles draw at the Olympics, the 23-year-old Japanese will have to contend with world number one Ash Barty, who makes her Games debut against Spain’s 48th-ranked Sara Sorribes Tormo.

Britain’s Andy Murray, who is bidding for an unprecedented third consecutive Olympic men’s singles title, will feature in a blockbuster opening round clash against Canadian Felix Auger-Aliassime, who is ranked 15th.

Men’s second seed Daniil Medvedev will be competing in Tokyo as a representative of the Russian Olympic Committee after the country was stripped of its flag and anthem for doping offenses.

The world number two will face Kazakhstan’s Alexander Bublik, ranked 37th in the world, in the first round.