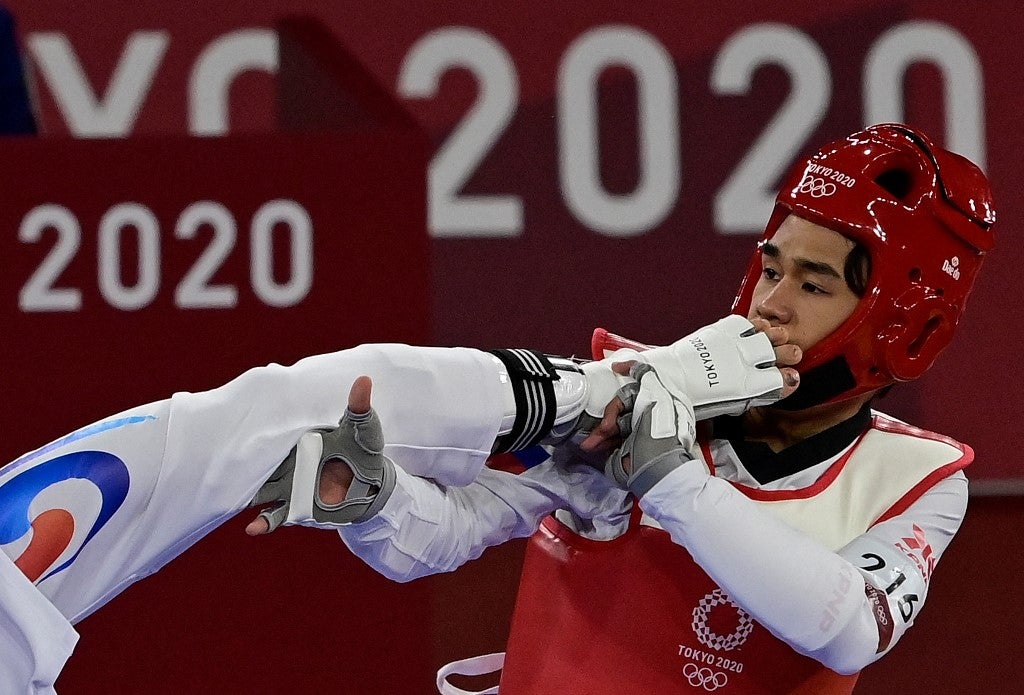 South Korea’s Jang Jun (Blue) and the Philippines’ Kurt Bryan Barbosa (Red) compete in the taekwondo men’s -58kg elimination round bout during the Tokyo 2020 Olympic Games at the Makuhari Messe Hall in Tokyo on July 24, 2021. (Photo by Javier SORIANO / AFP)

Jang, who defeated Barbosa in the round of 16, lost to Tunisia’s Mohamed Khalil Jendoubi 25-19 at Makuhari Messe Hall.

Jang’s stunning setback doused Barbosa’s hopes of entering the repechage where the country’s lone taekwondo jin would’ve been given a shot for a bronze medal had the South Korean star made the final round.

Only the jins who lost to the eventual finalists will enter the lower bracket tournament for a chance for third place.

Barbosa suffered a lopsided loss to Jang, 26-6, in the tournament opener.

The 22-year-old Abra native is the first Filipino to bow out of contention in the Tokyo Games. Barbosa is part of a 19-strong Philippine delegation expected to end the country’s long wait for a breakthrough Olympic gold.