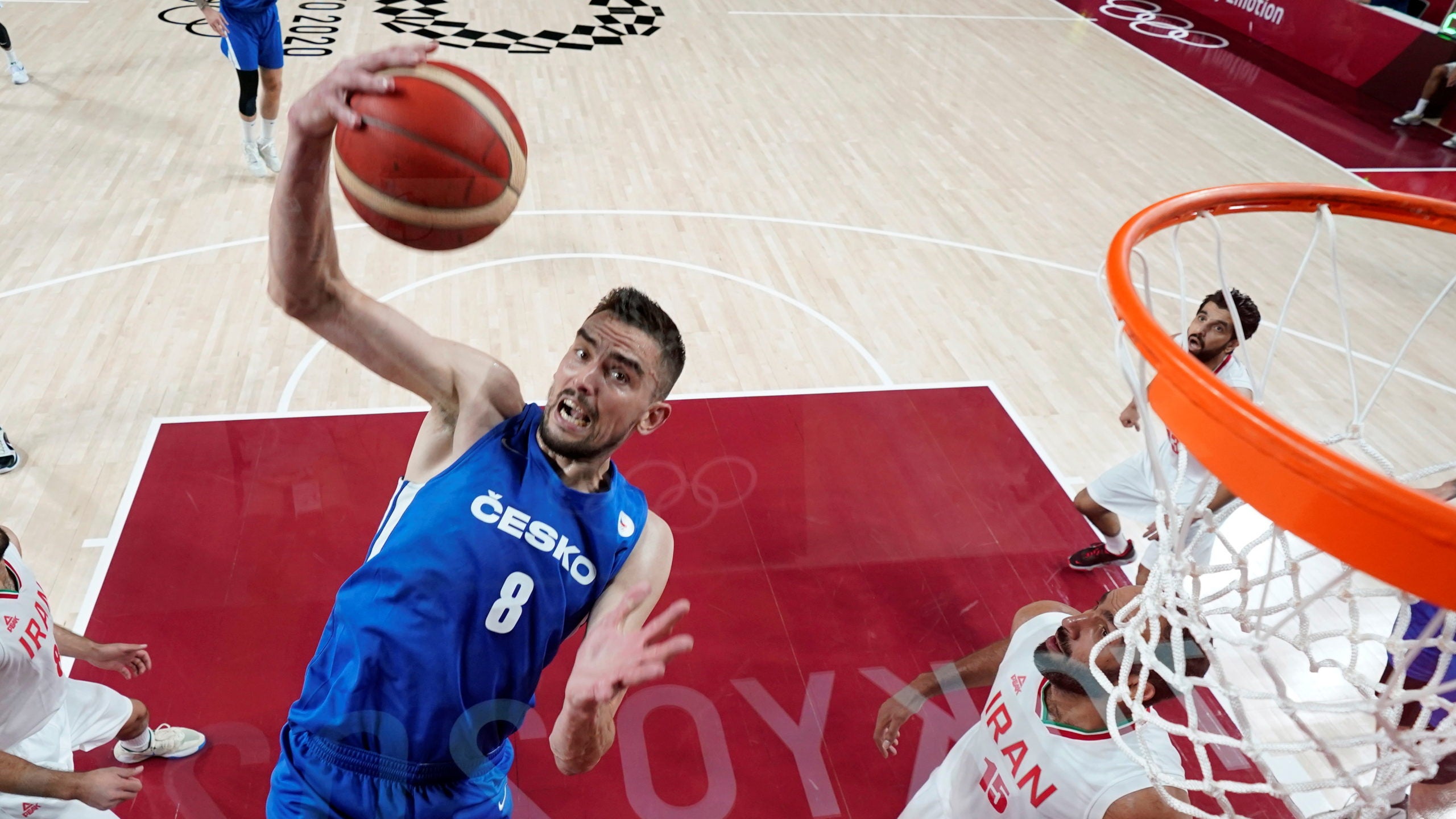 TOKYO —The Czech Republic launched its Olympic hoop dreams in Tokyo on Sunday with a 84-78 win against Iran, holding off a late rally by the Iranians who cut the lead all the way down to four points with less than a minute to go.

With a 52-point contribution off the bench, the Czechs led for most of the game and at one point in the fourth quarter had a 22-point lead.

The Iranians battled back, guard Behnam Yakhchalidehkordi hitting a big three with 1:10 left on the clock.

But the Czechs held on for the win, with Blake Schilb scoring key baskets late to push the margin back up to six.

Both teams traded baskets in a tight first quarter, but as the game wore on, Iran’s offense stagnated, relying heavily on Yakhchalidehkordi’s scoring. The guard scored a 23-point game high.

The Czech offensive ball movement helped them extend their lead and they began to pull away in the second, punctuated by a dunk by Tomas Satoransky. But the Chicago Bulls guard struggled and finished the game with 6 points. For most of the third quarter, the Czech bench drove their double digits, led by Schilb who had 14 points for the game and back-up center Patrik Auda whose 16 points off the bench was a game high for the side.

Auda lauded the Iranians for their spirited fight.

“We started the game really well. In the second half we had a good lead but we lost it,” he said. “Maybe it was because of Iran’s zone defense, it caught us off-guard.”

Iran was its own worst enemy, turning the ball over too many times, which allowed the Czechs to score 31 points. They also gave up 16 defensive rebounds, giving the Czechs multiple second-chance opportunities.

But they came alive in the fourth quarter fuelled by Yakhchalidehkordi, who hit a three, where he was fouled, and converted a four point play, a lay-up and another three to trim the lead to four with less than 90 seconds to go.

With no fans, you could hear the Iranian bench exhorting their team to get a stop in the last minutes of the game.

But Schilb was able to steady his team with his crucial baskets to give the Czech their first Olympic win.

“Blake brought his experience,” Ginzburg said. “We had so many open shots, he has the experience to make these shots.”