No plans to reschedule more Olympic events as storm approaches 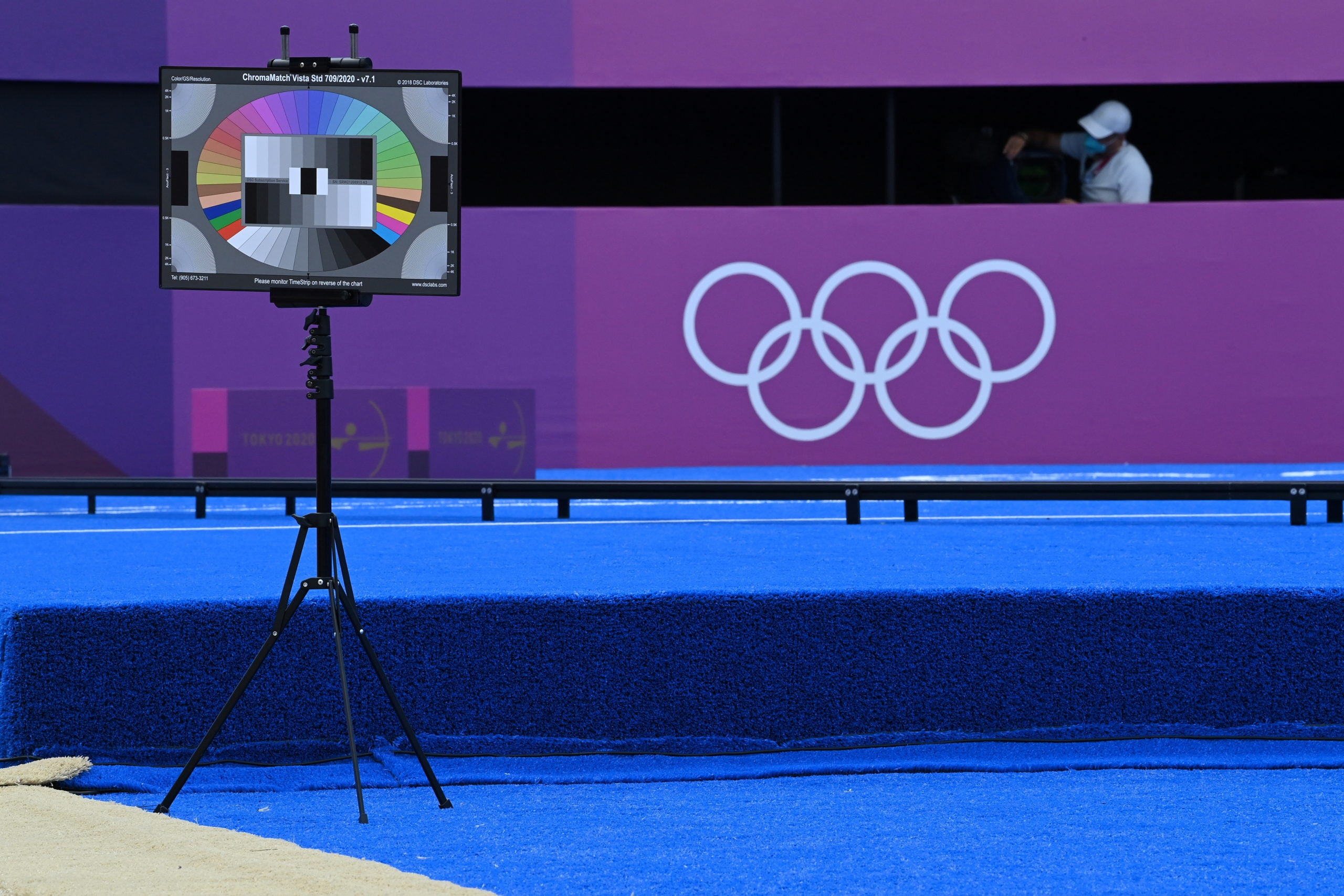 FILE PHOTO: A color chroma match screen for TV is seen in the field of play before archers arrive at Yumenoshima Archery Field, during the Tokyo 2020 Olympic Games in Tokyo, Japan, July 25, 2021. REUTERS/Clodagh Kilcoyne

TOKYO—Tokyo Olympic organizers are not planning to reschedule more events for the Games, they said on Monday, as tropical storm Nepartak churned toward Japan’s main island.

Rowing events have been moved due to the storm which is expected to head over Japan’s northeast coast on Tuesday and could bring heavy rain to the capital.

Tuesday’s rowing races were rescheduled for later in the week, while Monday’s events were moved to Sunday in anticipation of the storm.

“At this time there are no plans to change the schedule for any of the other events due to be held on Tuesday,” Tokyo 2020 spokesman Masa Takaya told reporters.

The likely wind and rain will follow intense heat, which has caused one Olympic archers to collapse and had skateboarders complaining of unbearable conditions by 9 a.m.

The rain also threatens Tuesday’s two medal games for softball. Canada, vying for bronze, said their flights home are scheduled for Wednesday with the next available potentially not until Saturday because the pandemic has limited options.

But their accommodation needs to be taken over by newly arriving athletes sooner.

“We very much hope the game goes on tomorrow,” coach Mark Smith said. “We don’t have a lot of flexibility.”

Postponement would give athletes recovery time after five games in six steaming days, but Canada pitcher Danielle Lawrie said she could do without.

“When you’re in the last four teams standing, you’re running on some adrenaline,” she said.

“Once you get warmed up and ready for battle, you forget how all of that feels.”

The storm is forecast to pass to the north of Tokyo, according to the website of the Japan Meteorological Agency.