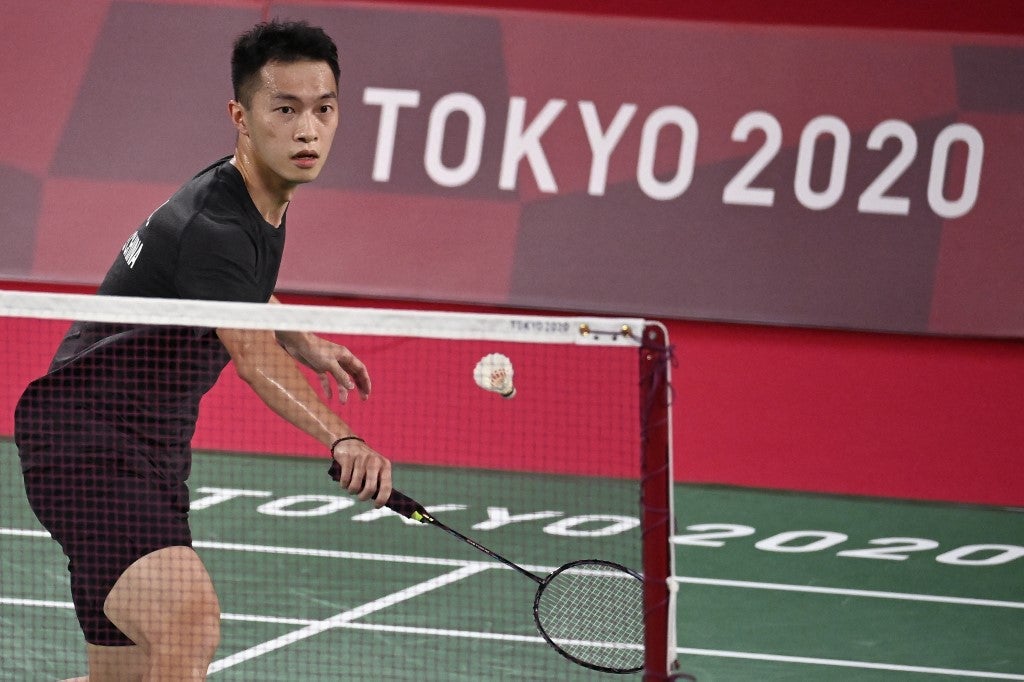 Hong Kong’s Olympic delegation on Monday came to the defense of a badminton player who was criticized by Chinese nationalist politicians for wearing a black T-shirt at the Tokyo Games.

Angus Ng Ka-long found himself pulled into a political controversy following his first group match in Tokyo on Saturday.

Ng wore a simple black T-shirt with his initials and the words “Hong Kong, China” during the match. Black T-shirts are sometimes associated with Hong Kong’s pro-democracy movement.

Other Hong Kong players wore their official outfits that are sponsored by Yonnex and contain the city’s emblem.

Two nationalist politicians criticized Ng’s outfit as unpatriotic, with one of them remarking that black was a color of the democracy movement.

Ng countered that his clothing was not a political statement, adding that he was no longer sponsored by Yonnex and that it met all the competition requirements.

Two senior management members of Hong Kong’s Olympic team defended Ng and bemoaned how the player had been pulled into a political fracas.

“The disturbance has caused some impact,” Pui Kwan-kay, head of the city’s Olympic delegation, told Hong Kong radio on Monday.

“The team and all the staff are handling it with a usual mind and trying to focus on the competitions.”

“Athletes can choose outfits they see fit as long as the clothes meet the International Olympic Committee’s requirements,” Fok wrote on Facebook.

The argument comes at a politically febrile time for Hong Kong.

The city was engulfed by huge and often violent pro-democracy protests two years ago.

China has dismantled the movement with a harsh security law and a campaign to purge the city of anyone deemed unpatriotic.

In that atmosphere, Chinese nationalist politicians are quick to seize on any sign of dissent.

After Sunday’s criticism, the Hong Kong Badminton Association issued a statement saying Ng did not apply for printing Hong Kong’s emblem on his jersey as time was tight and he had to focus on preparations.

His black T-shirt, the association added, was approved by Olympic referees.

In a later social media post, Ng bristled at the criticism sent his way.

“By the way, scold me as you wish, but please get the facts straight first,” he wrote.