Why is Taiwan not called Taiwan at the Olympics? | Inquirer Sports 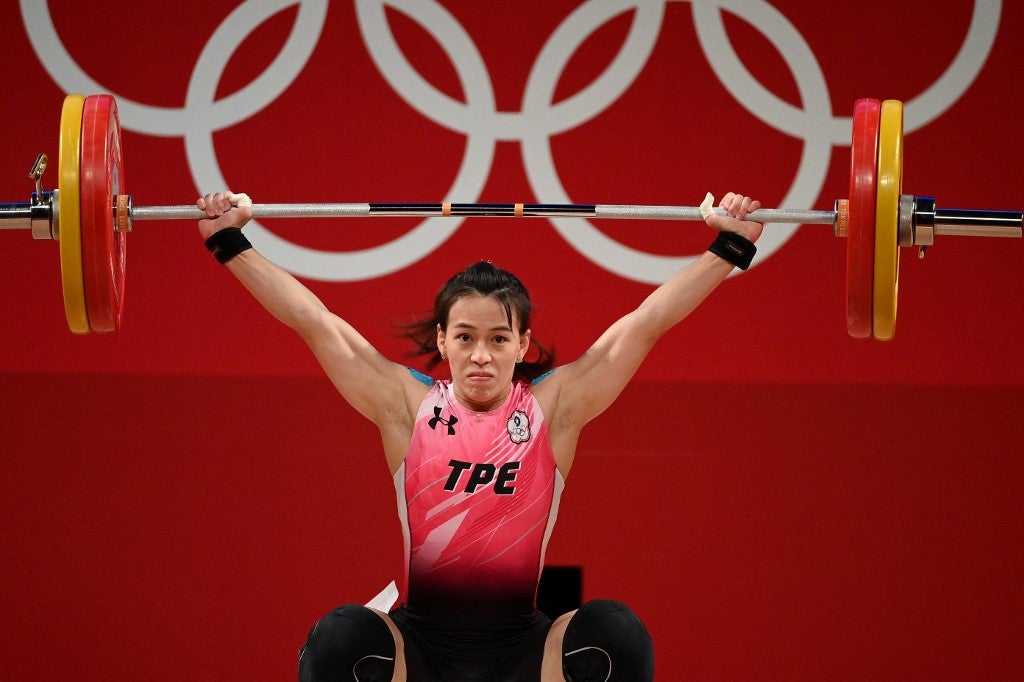 Taiwan’s Kuo Hsing-chun competes in the women’s 59kg weightlifting competition during the Tokyo 2020 Olympic Games at the Tokyo International Forum in Tokyo on July 27, 2021. (Photo by Vincenzo PINTO / AFP)

Taiwan’s star weightlifter Kuo Hsing-chun won gold at the Tokyo Olympics on Tuesday, but when she ascended the podium to receive her medal there was no national flag and no national anthem to greet her.

Taiwan cannot even call itself “Taiwan” at the Games. Instead, it must use the title “Chinese Taipei,” a source of considerable frustration to many Taiwanese.

What’s in a name?

Taiwan has been given a host of names at the Olympics over the years because of its peculiar international status.

Despite being a self-ruled democracy of 23 million people with its own borders, currency and government, Taiwan’s status remains disputed.

After the 1949 Chinese civil war ended, the losing Nationalists and their Republic of China government fled to Taiwan.

Mao’s winning communist forces founded the People’s Republic of China on the mainland.

Beijing’s communist leadership has never controlled Taiwan. But it still views the island as part of a “one China” and has vowed to seize it one day, by force if it needs.

It tries to keep Taipei isolated on the world stage and balks at any use of the word Taiwan. 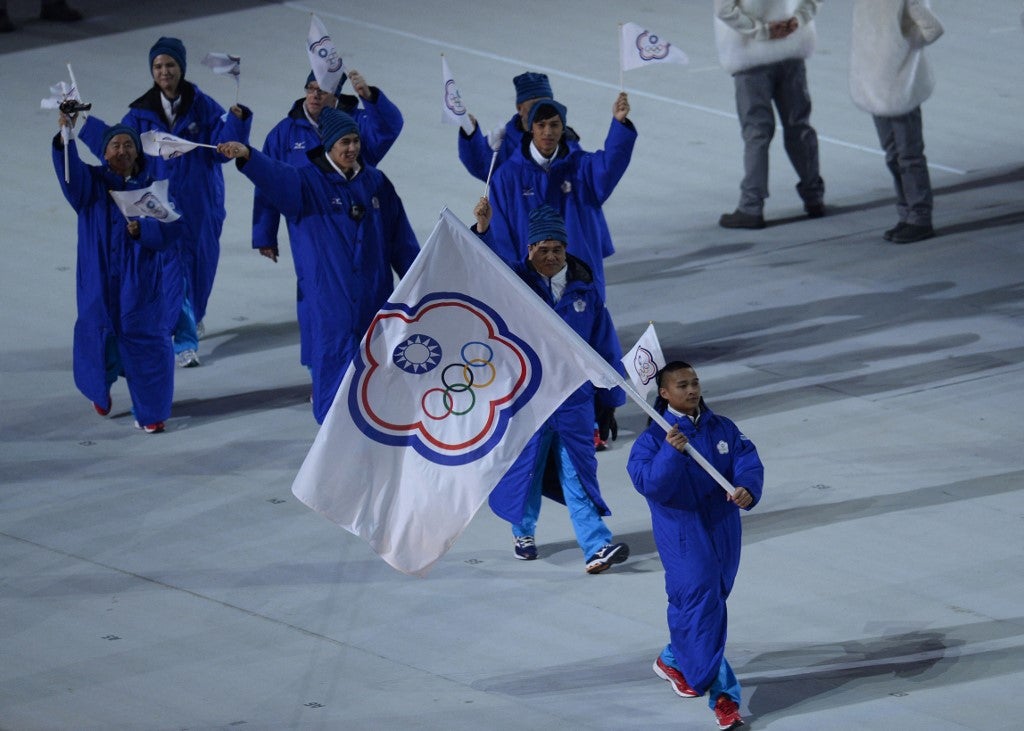 That was the name Taipei settled on back in 1981 with the International Olympic Committee (IOC).

It was a compromise that would allow Taiwan to compete in sports without presenting itself as a sovereign nation.

Instead of Taiwan’s red and blue flag, Taiwanese athletes must compete under the “Plum Blossom Banner,” a white flag that carries the Olympic rings.

A traditional flag-raising song — not Taiwan’s national anthem — is played when athletes are on the podium.

Critics say the name is humiliating, noting that other disputed or unrecognized places, such as Palestine, get to use their own name and flag at the Olympics.

What were the previous names?

In 1952, both Taiwan and China were invited to the Olympics. Both governments claimed to represent China but, in the end, Taiwan dropped out.

For the 1960 games, Taiwan performed under the name Taiwan at the behest of the IOC.

But Taiwan’s then authoritarian government objected to that name — they wanted to be the Republic of China.

Taiwan participated in two more Olympics as Taiwan in the 1960s, including the 1964 Tokyo Games.

By the 1970s, more countries were starting to diplomatically recognize Beijing over Taiwan.

In 1972, Taiwan took part in the Olympics as the Republic of China for the last time.

Taiwan boycotted the 1976 Olympics after host country Canada demanded it competes as Taiwan instead of ROC.

It was then suspended in 1979 after the IOC recognized Beijing as the representative body for China.

And it was only allowed back in two years later after it agreed to compete as Chinese Taipei, the name it has used ever since.

Why is Taiwan popular again?

Let's go #TeamTaiwan! Our whole nation is rooting for you! #Tokyo2020 pic.twitter.com/XrwoqiyQSF

It is somewhat ironic that there are now growing calls for Taiwan to be allowed to use the name Taiwan given previous governments disliked that name in the past.

But much has changed in Taiwan since the 1970s.

Since the 1990s, Taiwan has morphed from a dictatorship into one of Asia’s most progressive democracies.

A distinct Taiwanese identity has emerged, especially among youngsters.

A referendum on whether “Chinese Taipei” should be changed was held in 2018, sparking warnings from both the IOC and Beijing.

But the referendum was lost, partly because top athletes opposed the vote, fearful they would be banned from major sporting events.

Current President Tsai Ing-wen — who won a landslide re-election last year — views Taiwan as a de facto sovereign nation and has pushed to use the name Taiwan more.

She wrote a message of thanks to Japan online after a news anchor announced Chinese Taipei as Taiwan during the opening ceremony.