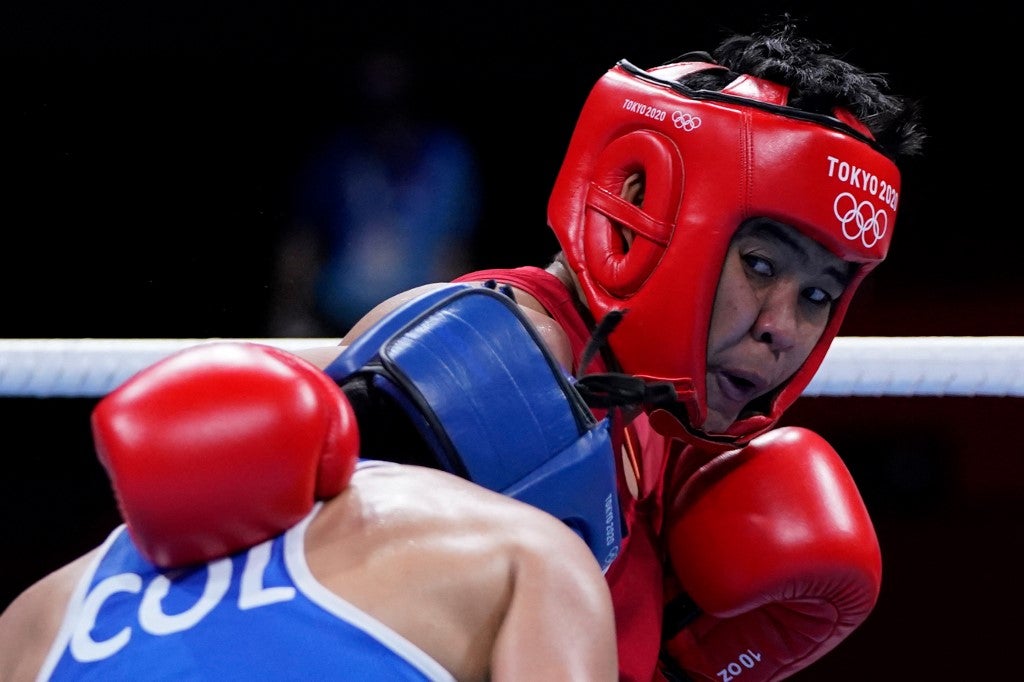 TOKYO—Nesthy Petecio has a chance to turn her bronze medal into something shinier when she resumes her chase for Olympic glory on Saturday at Kokugikan Arena here.

But she will be facing a huge obstacle.

Italy’s Irma Testa, who fought as a lightweight in the 2016 Games in Rio de Janeiro, will be in the opposite corner hoping to deny Petecio a slot in the championship bout. Testa, who started fighting at featherweight in 2018, is six inches taller than Petecio.

“We have a game plan for the next fight,” said Don Abnett, the boxing team’s Australian coach, who will base a lot of their semifinal strategy from Petecio’s fight against world No. 1 Lin Yu-Ting of Taipei. 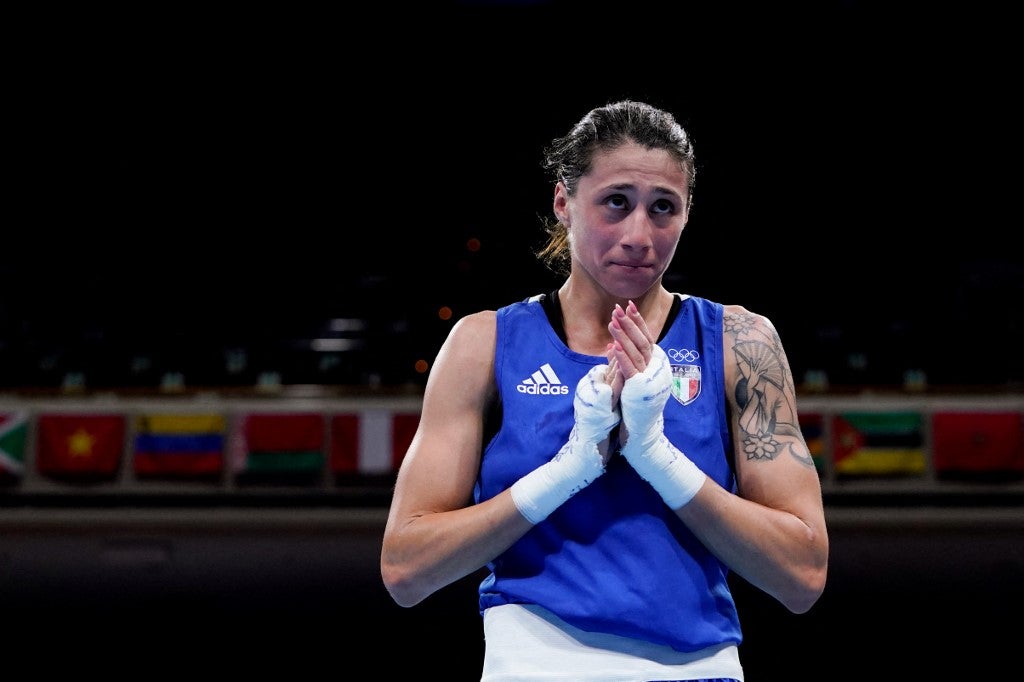 Italy’s Irma Testa celebrates after winning against Canada’s Caroline Veyre at the end of their women’s feather (54-57kg) quarter-final boxing match during the Tokyo 2020 Olympic Games at the Kokugikan Arena in Tokyo on July 28, 2021. (Photo by Frank Franklin II / POOL / AFP)

“The Italian girl [used to weigh] 60kgs,” Abnett said, referring to Testa’s long stint at the lightweight ranks. “She’s similar to the Taipei girl but she hooks and sways back. So we’re gonna take a counteract move, but I’m comfortable with Nesthy’s performance.”

Petecio barged into the semifinals with an emphatic 5-0 victory Colombia’s Yeni Marcela Arias Castaneda. Testa, on the other hand, dominated Canada’s Caroline Veyre to also be assured of a bronze medal.

The winner of the bout advances to the finals assured of a silver medal and a shot to turn that into gold.

But Petecio isn’t looking past Testa.

Petecio admitted that she has been inspired by the recent gold-winning feat of weightlifting’s Hidilyn Diaz.

There are fears that an assured bronze medal—which comes with cash incentives worth at least P6 million, will dull Petecio’s drive in the semifinals. But the team’s sports psychologist, Marcus Manalo, said that won’t happen.

“We actually don’t want to pay attention to the results, incentives, etc,” Manalo said. “We know they’re there and will enter our mind once in a while but it’s important to focus on the process and then the medal will take care of itself. For Nesthy, the focus is not on the medal that she will get but it’s about executing the fight plan.”

“Carlo’s opponent is a very experienced boy. He’s boxing in the WSB (World Series of Boxing),” said Abnett. “But Carlo’s gonna get moving, similar to the game plan that he did in his last fight, he probably just continue with that. If it’s working, then we won’t change it.”