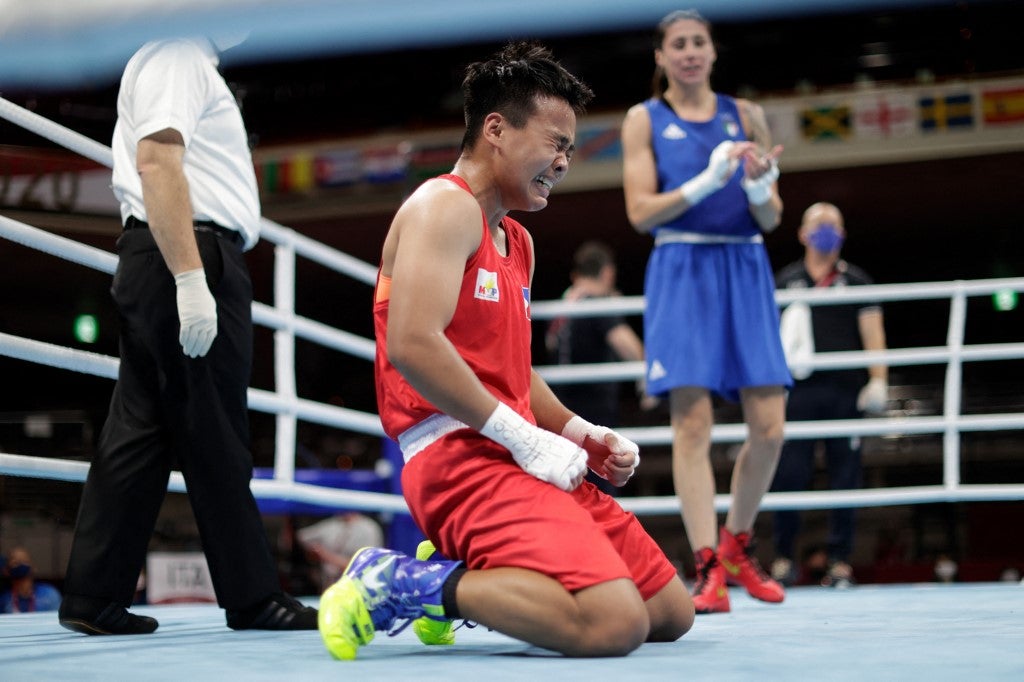 TOKYO—Her country. Her father. Her late best friend. Her coaches. Every Filipino who prayed for her as she stepped into the ring for the biggest fight of her life so far.

Nesthy Petecio wasn’t going to let any of them down.

Not even when she was backed so deep into a corner by an Italian foe whose far-reaching jabs came in quick, successive snaps that held Petecio at bay. Not even when that foe, Irma Testa, commandeered the match so well that she had time to stick her mug in front of Petecio or keep the Filipino at arms length by pushing a glove into her forehead.

Nesthy Petecio wasn’t going to let any of them down.

So she took that first round debacle—where she lost in every judge’s card—and tossed it behind her. 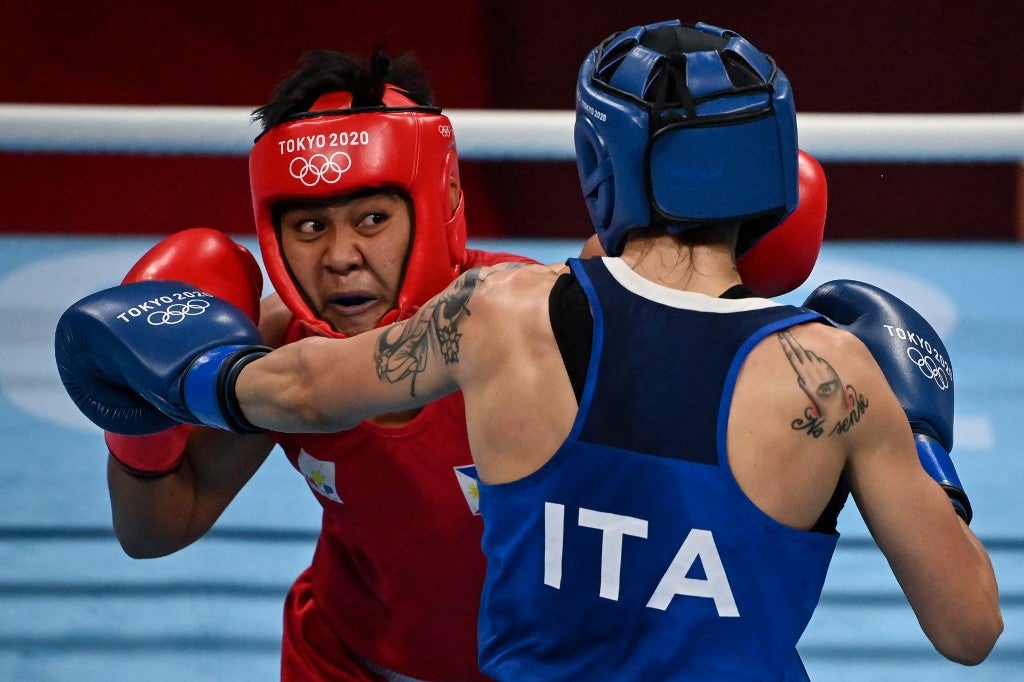 And in the second round, she brought the nasty into the fight.

“I stayed close to her in the second round and used my speed and power; I knew I had more power than her,” Petecio said, minutes after emerging a split decision victory over Testa on Saturday in the Tokyo Olympics women’s boxing featherweight semifinals at Kokugikan Arena.

Her victory opened the door to an even bigger match: Petecio now has a chance to fight for the gold medal.

“It means a lot to me because it’s my father’s dream, and it’s also my dream,” Petecio told a handful of international journalists. “It’s not just for me. It’s for my country and the Filipinos that prayed for me.”

Speaking in Filipino to the Philippine press, she paid tribute also to a recently departed friend: “This is for my best buddy who died last February 13. Her name was Alexcel Dargantes and before she passed, her last message to me was ‘I want you to fight in the Olympics, I know you can do it—you will win.”

After a blown first round, Petecio entered the second armed with a versatile strategy.

“In the second round, we had a four[-point] plan, the coaches gave it to me so if the first plan did not work, we change until [we get it right],”

The plan worked to perfection. Stepping inside her strike range, Petecio unloaded bomb after bomb on Testa, who started losing the composure she had in the first round. Sensing her foe was getting overwhelmed, Petecio stepped up the attack and completely wiped out Testa’s hard-earned cushion in the second round—the Filipino swept all the judges’ cards.

It all boiled down to the final round. And suddenly, Testa’s size and reach advantage—the Italian stands six inches taller than Petecio—no longer mattered.

“I know she’s tall but I didn’t mind; in the ring, we’re just the same,” Petecio told foreign reporters.

Lunging, punching and counter-punching, Petecio hammered Testa from post to post. And even a late flurry failed to sway the decision of four judges who gave the round to the Petecio.

“This is also for my coaches. They never get noticed every time we win,” Petecio said. “But now, I offer this win to my coaches.”