Able to spread his wings, Slaughter has become much better at NorthPort | Inquirer Sports

Able to spread his wings, Slaughter has become much better at NorthPort 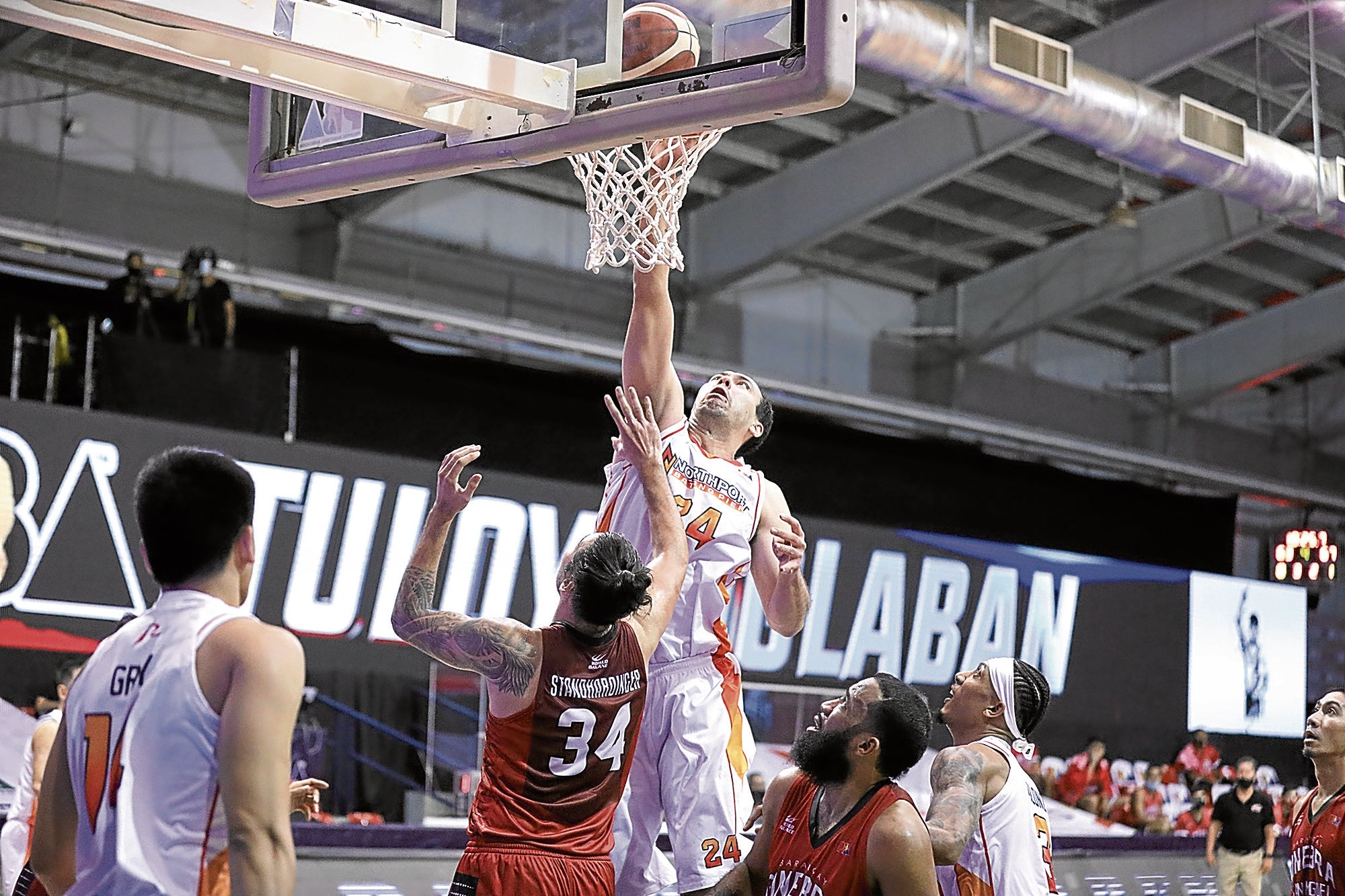 The first thing that came from Tim Cone right after Barangay Ginebra dealt away Greg Slaughter during the summer was an admission.

“We kind of pigeonholed around Greg because of our system and with what we wanted out of him,” he said at an interview back in March.

“We really didn’t give him the freedom he wanted,” he added.

It didn’t take Slaughter too long to prove that.

The 7-foot big man, who was once a cog in the Ginebra machine, has been making remarkable strides at NorthPort.

Slaughter has been turning out solid numbers thus far: 23 points and 17 rebounds against the retooled San Miguel Beer, and 16 and 14 against the Gin Kings on Friday.

And that’s merely scratching the surface, according to Cone.

“He’s brought some more weapons to his game. He was absolutely dominant against San Miguel. He’s coming up,” the champion coach said shortly after the champions escaped Slaughter and NorthPort by the skin of their teeth that night.

For Cone, Slaughter’s performance against the league’s premier big men—including the six-time Most Valuable Player June Mar Fajardo—illustrates just how dominant he could be once he’s given the chance to spread his wings.

“His first game was against June Mar (Fajardo), and now the second game was Christian (Standhardinger) and Japeth (Aguilar) who were tag-teaming him. Those are going be the toughest opponents for him,” he said.

The Grand Slam mentor feels things are going to continue to work out really well for his former ward and his new team, especially considering how talented Slaughter’s new running mate is.

“Things are gonna work really well. That 1-2 punch of (Robert) Bolick and Greg is just going to grow and get better and I think they’re really gonna be a contender,” he said.

Yes, regardless of NorthPort’s 1-3 record in this Philippine Cup where Slaughter can make contenders out of the Batang Pier.

“They [almost] beat the two conference favorites, they lost by two points to each one of us. They have a good future,” Cone said.