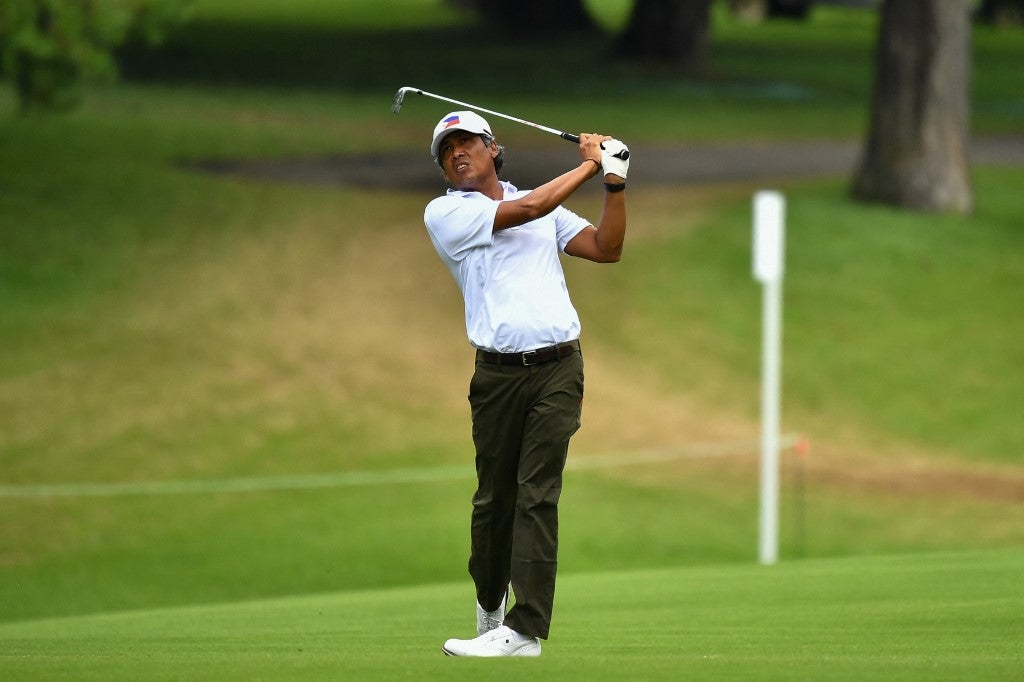 Philippines’ Juvic Pagunsan plays a shot in round 3 of the mens golf individual stroke play during the Tokyo 2020 Olympic Games at the Kasumigaseki Country Club in Kawagoe on July 31, 2021. (Photo by Kazuhiro NOGI / AFP)

MANILA, Philippines—Juvic Pagunsan had a disappointing end to his first Summer Games, finishing 55th in the 60-man field in the men’s individual golf competition of the Tokyo Olympics at Kasumigaseki Country Club Sunday.

The 43-year-old Japan Tour veteran had a stellar start finishing fifth in round 1 but had a disastrous slide after the opener.

Pagunsan, who finished one-over-par overall, fired a 70 in round 4 in which he had a lackluster back nine going par in holes 10 through 17 before bogeying the 18th.

He had a relatively strong start to round 4 hitting three birdies and bogeying just once in the front nine but he once again lost his stroke near the end.

The focus now turns to Yuka Saso and Bianca Pagdanganan in the women’s competition which will start on Wednesday.