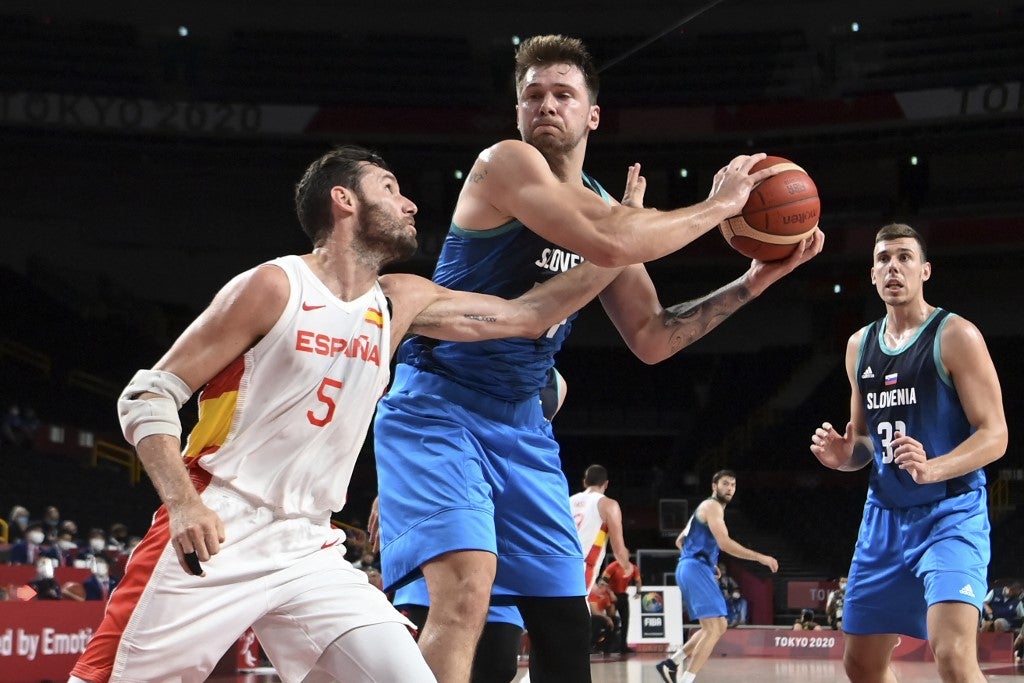 Slovenia’s Luka Doncic defends the ball from Spain’s Rodolfo Fernandez (L) in the men’s preliminary round group C basketball match between Spain and Slovenia during the Tokyo 2020 Olympic Games at the Saitama Super Arena in Saitama on August 1, 2021. (Photo by Aris MESSINIS / AFP)

Ricky Rubio missed a three-point attempt in the final minute as Luka Doncic’s Slovenia won a pulsating Olympic men’s basketball game 95-87 against Spain and will now face Germany in the quarterfinals.

Spain has the unenviable task of playing reigning champions the United States in the last eight on Tuesday.

France, who inflicted the Americans’ first defeat at an Olympics since 2004 in their first game, will play Italy for a place in the semifinals, and Australia takes on Argentina.

The stage is set for the Men's #Olympics basketball Quarter-Finals! ✅

Rubio scored 18 points to keep Spain in contention in their final Group C game in Saitama, but the Slovenians were more efficient in the closing stages and closed out the game with a late burst crowned by Edo Muric’s three-pointer after Zoran Dragic and Klemen Prepelic had both sunk two free throws.

Rubio had kept Spain in the game on several occasions, scoring a layup with just over a minute remaining in a see-sawing game.

The experienced Minnesota Timberwolves guard then missed a jump shot in the paint, handing the momentum back to the Slovenians.