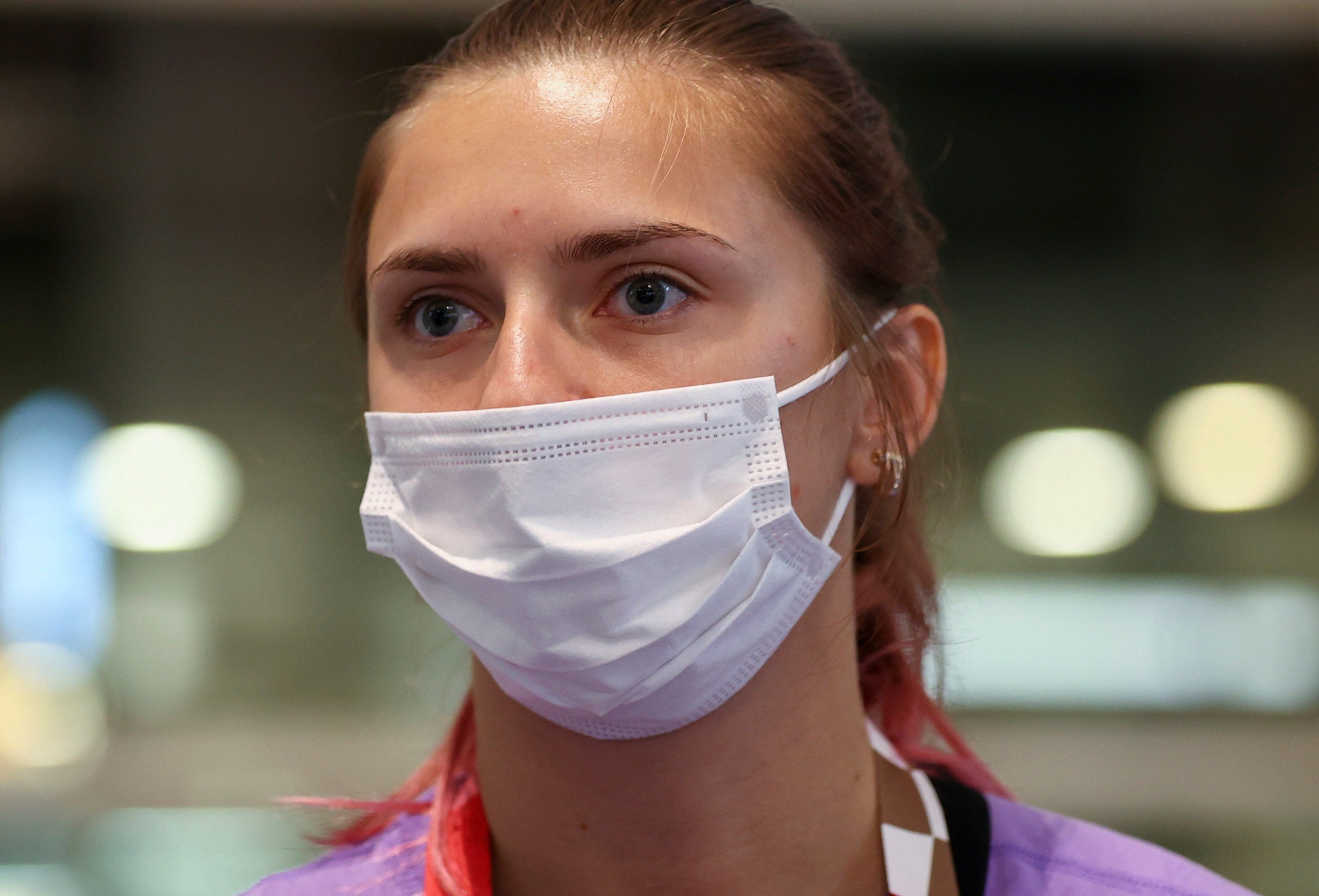 TOKYO — A Belarusian athlete in Japan for the Olympic Games took refuge in the Polish embassy in Tokyo on Monday, a day after refusing to board a flight home with her team.

Sprinter Krystsina Tsimanouskaya has applied for a humanitarian visa and is planning to leave for Poland in the coming days, a Polish deputy foreign minister, Marcin Przydacz, said.

She is “safe and in good condition” after walking into the embassy on Monday morning, Przydacz told Reuters.

Another deputy foreign minister, Pawel Jablonski, said later that the visa had been issued.

Tsimanouskaya, 24, had been due to compete in the women’s 200-meter heats on Monday but she said that on Sunday she was taken to the airport to board a Turkish Airlines flight. She refused to board the flight, telling Reuters: “I will not return to Belarus.”

The incident has focused renewed attention on the political discord in Belarus, a former Soviet state that is run by President Alexander Lukashenko.

Police there have cracked down on dissent following a wave of protests triggered by an election last year which the opposition says was rigged to keep him in power.

The Polish official Przydacz wrote earlier on Twitter that Tsimanouskaya was free to pursue her sporting career in Poland “if she so chooses.”

Poland 🇵🇱 is ready to help Kryscina Tsimanouskaya a Belarusian athlete ordered by the Lukashenka regime to return form Olympic Games to Minsk. She was offered a humanitarian visa and is free to pursue her sporting career in Poland if she so chooses.

She pulled up in front of the embassy in an unmarked silver van about 5 p.m. local time (0800 GMT). She stepped out with her official team luggage, and then greeted two officials before entering the premises.

Two women, one carrying the red and white flag considered the symbol of opposition in Belarus, came to the gates to support her.

A Ukrainian interior ministry source told Reuters that Tsimanouskaya’s husband, Arseni Zhdanevich, had entered Ukraine. It was not immediately clear whether he was making his way to Poland to be reunited with his spouse.

Tsimanouskaya told a Reuters reporter via Telegram that the Belarusian head coach had turned up at her room on Sunday at the athletes’ village and told her she had to leave.

“The head coach came over to me and said there had been an order from above to remove me,” she wrote in the message. “At 5 (pm) they came to my room and told me to pack and they took me to the airport.”

But she refused to board and sought the protection of Japanese police at the airport.

The Belarusian Olympic Committee said in a statement that coaches had decided to withdraw Tsimanouskaya from the Games on doctors’ advice about her “emotional, psychological state.”

Belarus athletics head coach Yuri Moisevich told state television he “could see there was something wrong with her… She either secluded herself or didn’t want to talk.” The Japanese government said the athlete had been kept safe while Tokyo 2020 organizers and the IOC checked her intentions.

On Monday, the IOC spokesperson said it had taken a number of actions against Belarus’ Olympic Committee in the run-up to the Games following nationwide protests in the country.

In March, the IOC refused to recognize the election of Lukashenko’s son Viktor as head of the country’s Olympic Committee. Both father and son were banned from attending the Games in December.