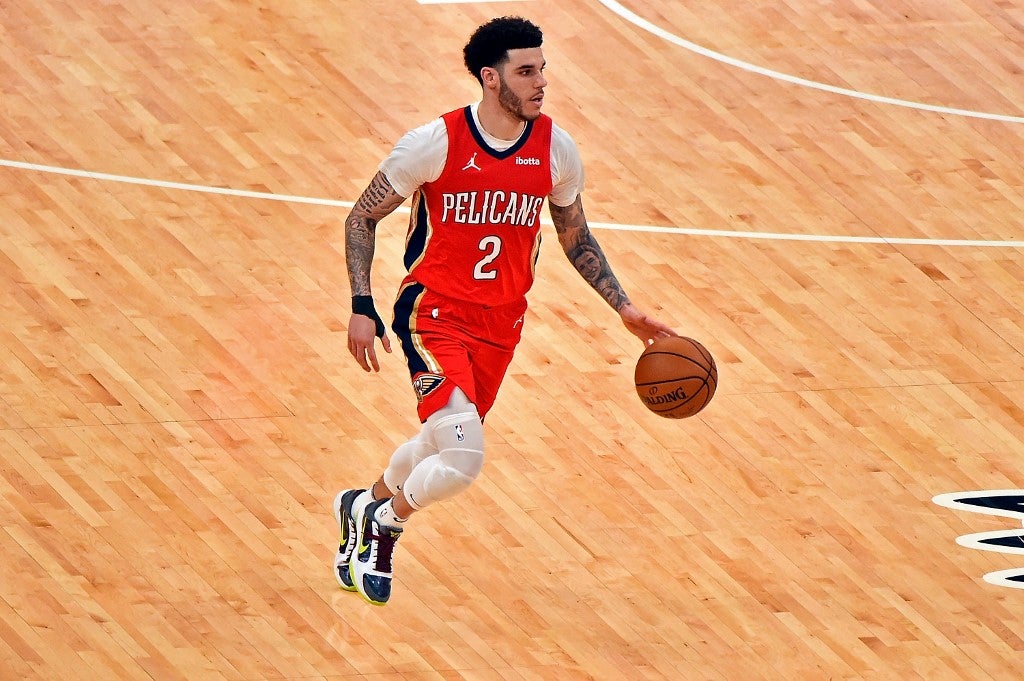 FILE — Lonzo Ball #2 of the New Orleans Pelicans brings the ball up court during the second half against the Memphis Grizzlies at FedExForum on May 10, 2021 in Memphis, Tennessee.  Justin Ford/Getty Images/AFP

Point guard Lonzo Ball is set to be traded to the Chicago Bulls for point guard Tomas Satoransky, forward Garrett Temple and a future second-round pick, according to multiple reports.

Ball, a restricted free agent, plans to sign a four-year, $85 million contract in a sign-and-trade agreement, per numerous outlets.

Chicago is also reportedly in agreement on a four-year, $37 million deal with combo guard Alex Caruso. Caruso was a reserve for the Los Angeles Lakers for the first four seasons of his pro career. He averaged 5.9 points in 184 games (19 starts), including 9.2 points in 2018-19.

The Pelicans were reportedly discussing another deal with the Charlotte Hornets that could bring forward Miles Bridges to New Orleans.

ESPN’s Brian Windhorst reported the Bulls had discussions about another sign-and-trade deal to acquire DeMar DeRozan from the San Antonio Spurs for Lauri Markkanen.

Ball was the No. 2 overall pick in the 2017 NBA Draft with the Los Angeles Lakers, who traded him to the Pelicans in the Anthony Davis deal in 2019.

Pending Pelicans free agent Lonzo Ball ‘would love to be back’

Read Next
Luka Doncic to land 5-year, $202M extension with Mavericks
EDITORS' PICK
Geek out at TOYCON 2022 powered by Smart Signature
Unemployment rate up to 6% in May
High-risk pregnancy: Reducing your risk is in your hands
UK’s Boris Johnson will resign, BBC reports
High inflation: Your P1 is now worth only 87 centavos
House energy committee chair Arroyo bats for cheap electricity
MOST READ
Suspect in grisly killing of missing woman in Bulacan arrested
Hong Kong suspends flight bans as it eases COVID-19 rules
Bongbong Marcos’ first order: Abolish PACC, Office of Cabinet Secretary
Kim Atienza’s daughter flaunts bikini body in response to critics of her ‘revealing photos’
Don't miss out on the latest news and information.