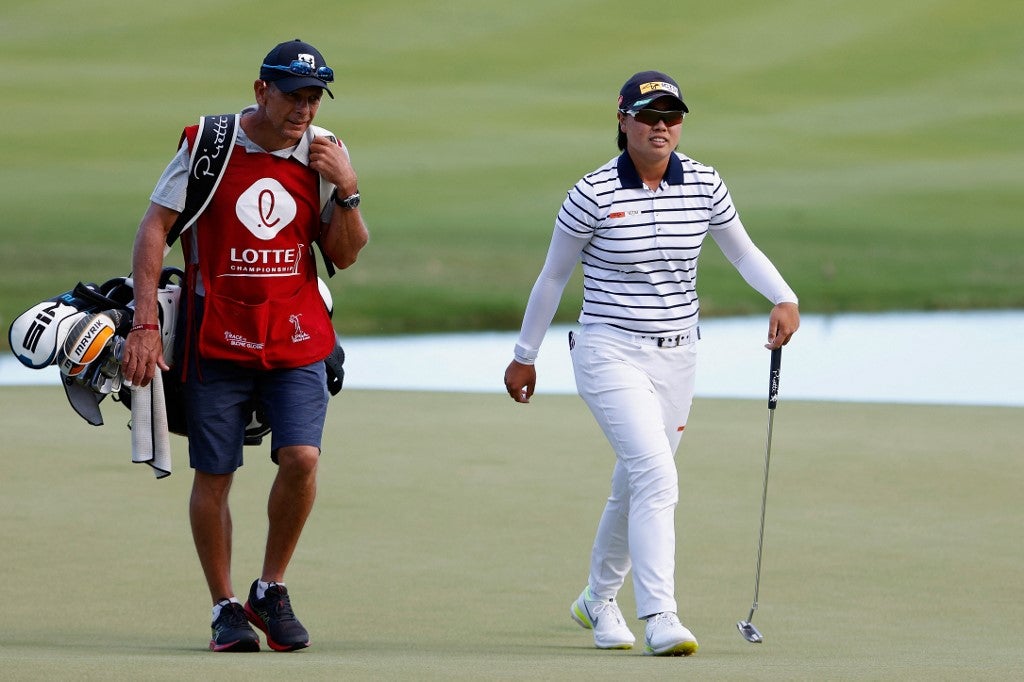 FILE — Yuka Saso of the Philippines walks up to the 18th green with her caddie during the final round of the LPGA LOTTE Championship at Kapolei Golf Club on April 17, 2021 in Kapolei, Hawaii. Christian Petersen/Getty Images/AFP

MANILA, Philippines—Yuka Saso will have a different caddie to assist her in the Tokyo Olympics after usual companion Lionel Matichuk was rushed to the hospital due to heat stroke.

As per the National Golf Association of the Philippines, national team coach Miko Alejandro will caddie for Saso in place of Matichuk.

Japan’s summer heat was too much for Matichuk as he reported to the medical office and requested intravenous hydration.

Matichuk’s condition further deteriorated when he got to the hotel that an ambulance was needed to transport him to the nearest medical facility.

A message from our Filipino golfers Bianca Pagdanganan and Yuka Saso who will begin their medal quest next week. 🇵🇭 #golf #Tokyo2020

NGAP secretary-general Bones Floro discussed with Saso and her father Masakazu all the possible options.

“It’s good that coach Miko had already experienced caddying not just for the national team players but also for a fellow pro friend who joined the Japan Tour qualifying school so problem solved,” said Floro in NGAP’s statement.

“Young as Saso still is, she is an experienced player and knows how to adjust to situations like this. We look forward to Yuka rising to the occasion.”

Matichuk was Saso’s caddie since August 2020 and it was his assistance that helped Saso to capture the US Women’s Open as well as two Japan LPGA victories.

Japan’s summer heat is expected to test the fitness of both the golfers and the caddies with weather on Wednesday, the first day of the competition, expected to hit a high of 35 degrees.