‘See you in 2024,’ Olympic silver medalist Petecio tells the world 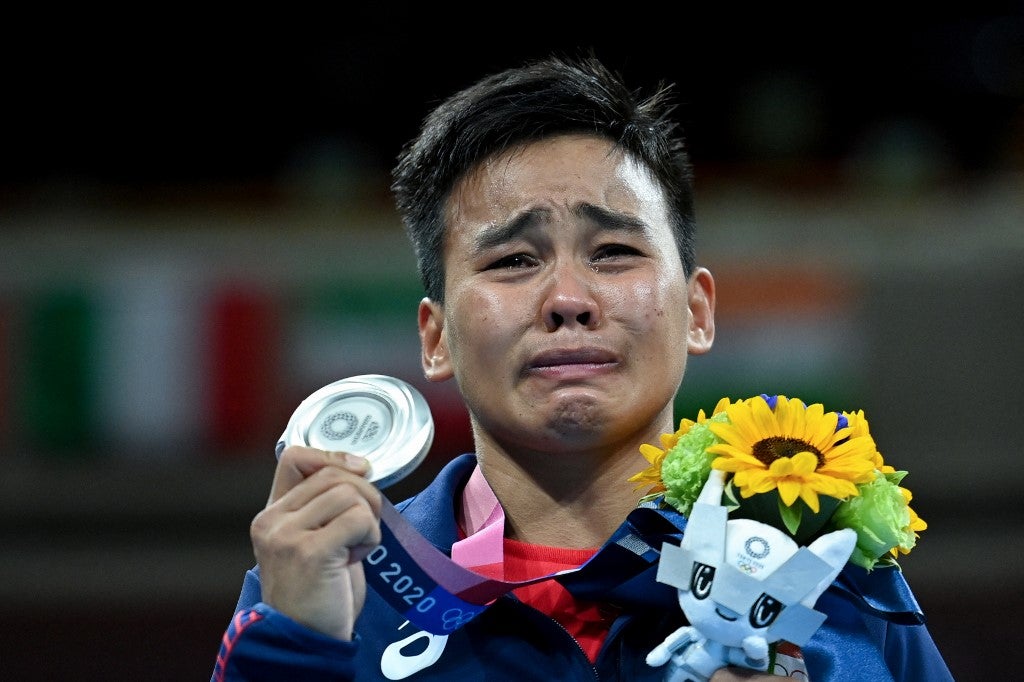 TOKYO–Someday, when people rattle off Nesthy Petecio’s achievements, they will mention feats like winning the featherweight championship of the world, ruling the Southeast Asian Games, and bringing home a silver from the Tokyo Olympics.

If the 29-year-old Petecio has her way though, they will also refer to her one day as an Olympic gold medalist.

“My Olympic journey will continue,” Petecio said at a press conference at Kokugikan Arena here on Tuesday. “Look at champ Haidee (weightlifting gold medalist Hidilyn Diaz), she won a silver in Rio [de Janeiro Olympics in 2016] and then here, she won a gold. Who knows, maybe in Paris, right?”

“I’ll continue the fight,” she added. Petecio laid it all out in the final two rounds, connecting on crisp combinations that fanned hopes of a golden triumph, but eventually losing via unanimous decision to hometown bet Sena Irie during their featherweight title showdown.

Petecio backed herself into a corner with a slow, tentative start, but came alive big in the second as she blazed her way into you-or-me showdown in the last round.

But Irie blunted the attack in the third by repeatedly going for a clinch, halting Petecio’s momentum every time she mounted an attack and eventually wearing down the visibly-frustrated Davao-born fighter.

“That was one of the things she tried against me,” said Petecio, who became emotional during the podium ceremony. “That’s not how I want to fight. We studied her and maybe there were things that we just didn’t see or that surprised me that’s why we got that result. But I salute Sena. The respect we have for each other is what is important.”

Third round was close

Things were pretty much touch and go in the third, but the judges awarded Irie the round unanimously, but it could have as easily gone the other way.

That, perhaps, would explain Sena’s leap of joy after the decision was announced, making the 20-year-old university student the first woman boxer to win an Olympic medal for Japan.

“I don’t remember anything and before I knew it, I had already changed out of my boxing clothes,” Irie said in Japanese during the press conference after the fight. “I’ve pinched my cheek to make sure I wasn’t dreaming so many times. I still feel like I’m dreaming.”

“I’m not athletically talented. But hopefully, I was able to show that you can be something with hard work.” Petecio is also the first woman boxer to win a medal for the Philippines and just the second female athlete to do so after Hidilyn Diaz, who has an Olympic gold and silver in her collection.

Petecio is also scheduled to earn a windfall with the victory. Her bonuses at press time now amount to at least P17 million.

“[The silver] means a lot to me,” Petecio said when asked about tearing up during the medal ceremony. “I dedicate this fight for my family, and for my countrymen, my best friend who died and to my coaches—especially coach Noel Velasco. I know that you’ve sacrificed a lot for this competition, that’s why I [was] emotional during this awarding. I [was] emotional because this tournament is very important not only for me, but for my country and for my coaches.”