USA’s Nelly Korda holds on for Olympic gold in golf 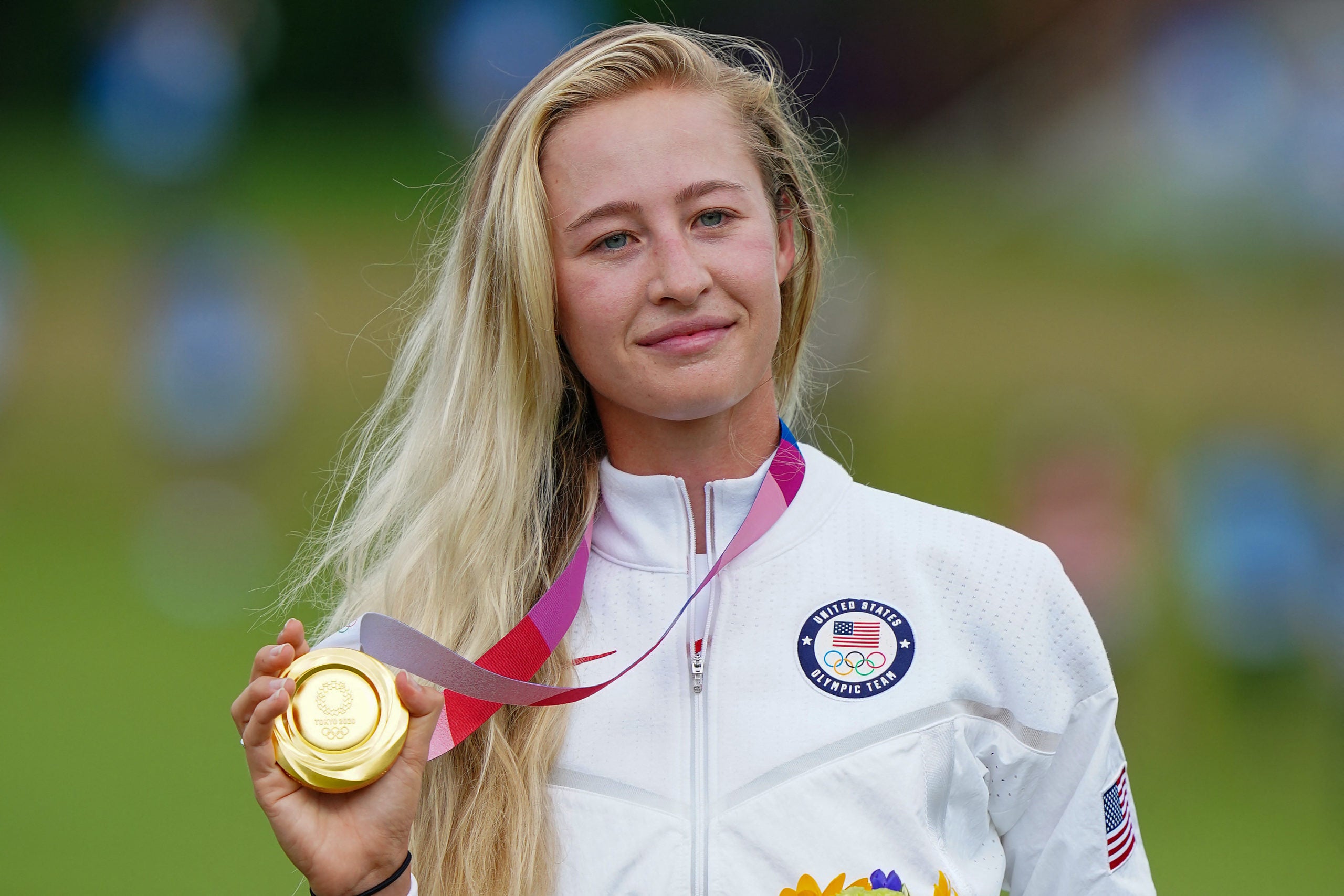 Gold medalist USA’s Nelly Korda holds her medal on the podium during the victory ceremony of the womens golf individual stroke play during the Tokyo 2020 Olympic Games at the Kasumigaseki Country Club in Kawagoe on August 7, 2021. (Photo by YOSHI IWAMOTO / AFP)

Nelly Korda of the United States survived a double bogey and a bogey in her final round Friday, shooting a 2-under-par 69 to win gold at the Tokyo Olympics.

After her bogey on No. 11 at Kasumigaseki Country Club in Saitama, Japan, she made a birdie on the 13th and all pars from there. Her 17-under 267 was just enough to fend off Mone Inami of Japan and Lydia Ko of New Zealand, who each fired 6-under 65s and to finish tied for second at 268.

Inami then needed just one playoff hole, a repeat of No. 18, to claim silver with a par, leaving Ko with the bronze medal.

Korda, 23, is a six-time winner on the LPGA Tour. She earned her first career major championship in June, capturing the Women’s PGA Championship for her third victory of the year. Silver medalist Japan’s Mone Inami holds her medal on the podium during the victory ceremony of the womens golf individual stroke play during the Tokyo 2020 Olympic Games at the Kasumigaseki Country Club in Kawagoe on August 7, 2021. (Photo by Kazuhiro NOGI / AFP)

Inami put on a charge to contend down the stretch, making five birdies in six-hole span on the back nine, although she lost a chance to catch Korda when she settled for a bogey on No. 18. Inami finished her fourth round with nine birdies and three bogeys.

Ko also ended her final round with nine birdies and three bogeys, although her run of birdies came on her front nine, when she birdied Nos. 2-5 and then No. 8.