Yuka Saso also has all love for Japan, but says she is Filipino on record | Inquirer Sports 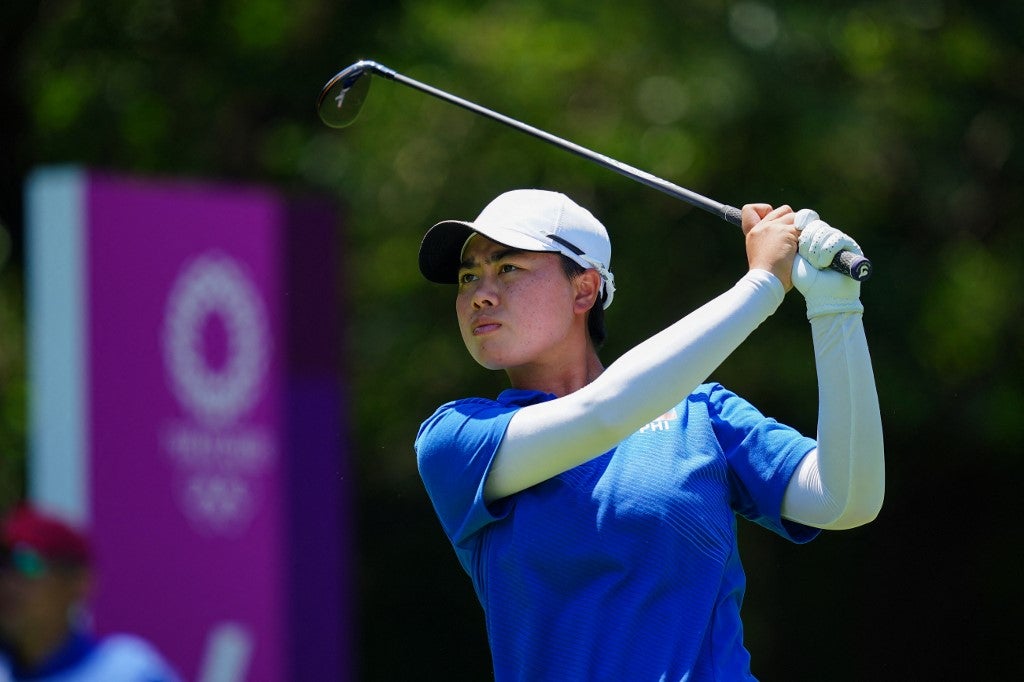 Yuka Saso played a lot better in the final three rounds to finish in the Top 10 and validate her world ranking. —AFP

KAWAGOE, JAPAN—The question is being asked too often that it’s visibly gotten to Yuka Saso’s nerves.

Why is she playing for the Philippines when she is also a Japanese with a family that is living in Tokyo?

This was brought up by a lady Japanese reporter again in one of the press interviews at Kasumigaseki Country Club prior to the start of the women’s golf event, and the 20 year-old Saso just had to cut her off with a reply that was already tinged with defiance.

It could have been one of the things that threw her game off in the first round, when she shot a three-over-par 74 and found it difficult to get back in the mix.

When asked if she was finding it difficult to play for the Philippines in front of Japanese people and balancing her loyalty for both countries, Yuka had this reply:

“I don’t get that feeling. I chose to be with the Philippines and I don’t think that if the Japan team is here, I don’t want to be here,” she answered. “We don’t think like that, right? We came here to play golf. We’re not here to think [that] when we’re here in Japan, I feel conscious, no we don’t feel that way.”

Saso just wants to play golf and enjoy its fringe benefits. And she can only wish that in the long run, people will come to understand what she’s saying.

Saso played the final three rounds at nine-under-par, capped by a 65 on Saturday that gave her a Top 10 finish with a 274 total in a field made up of the best players in the world.

American Nelly Korda ruled the event with a final round 69 for a 267, a stroke ahead of Japan’s Mone Inami and New Zealand’s Lydia Ko, who played off for the silver with Inami winning.

Rightly so. Saso was born in Bulacan province and she spent most of her childhood honing her skills in courses like the Royal Northwoods and then in Canlubang.

It was an economic issue, according to Saso’s father Masakazu, as he found spending for both their golfing too expensive if they chose to play in Japan.

The father and daughter found the Philippines as the perfect training ground.

While she is well aware of a Japanese law that requires dual citizens born after 1985 to choose their citizenship before they turn 22, Saso says she’s not even thinking about it yet and stands by what she’s always been saying all these years.

“I love the Philippines as much as I love Japan. Why do I have to choose? And why can’t I be both?” she often asks.

With her flourishing campaign on the Ladies Professional Golf Association after winning the Women’s US Open, Saso’s camp is obviously preparing for the transfer of their base to the United States. Saso’s dad has already signed a lease agreement for a condominium unit in Dallas, Texas, which will serve as their home address in the United States.

Yuka’s new world as a golfing superstar remains wide open for a lot of possibilities, but for the meantime, those who are waiting for her to change the flag attached to her name every time she campaigns in events like the Olympics will have to wait a little longer.

Ultimately, it’s going to be her decision and no one else’s.

But for now, it’s going to be the Philippine version of the red, white and blue with the yellow colored sun.