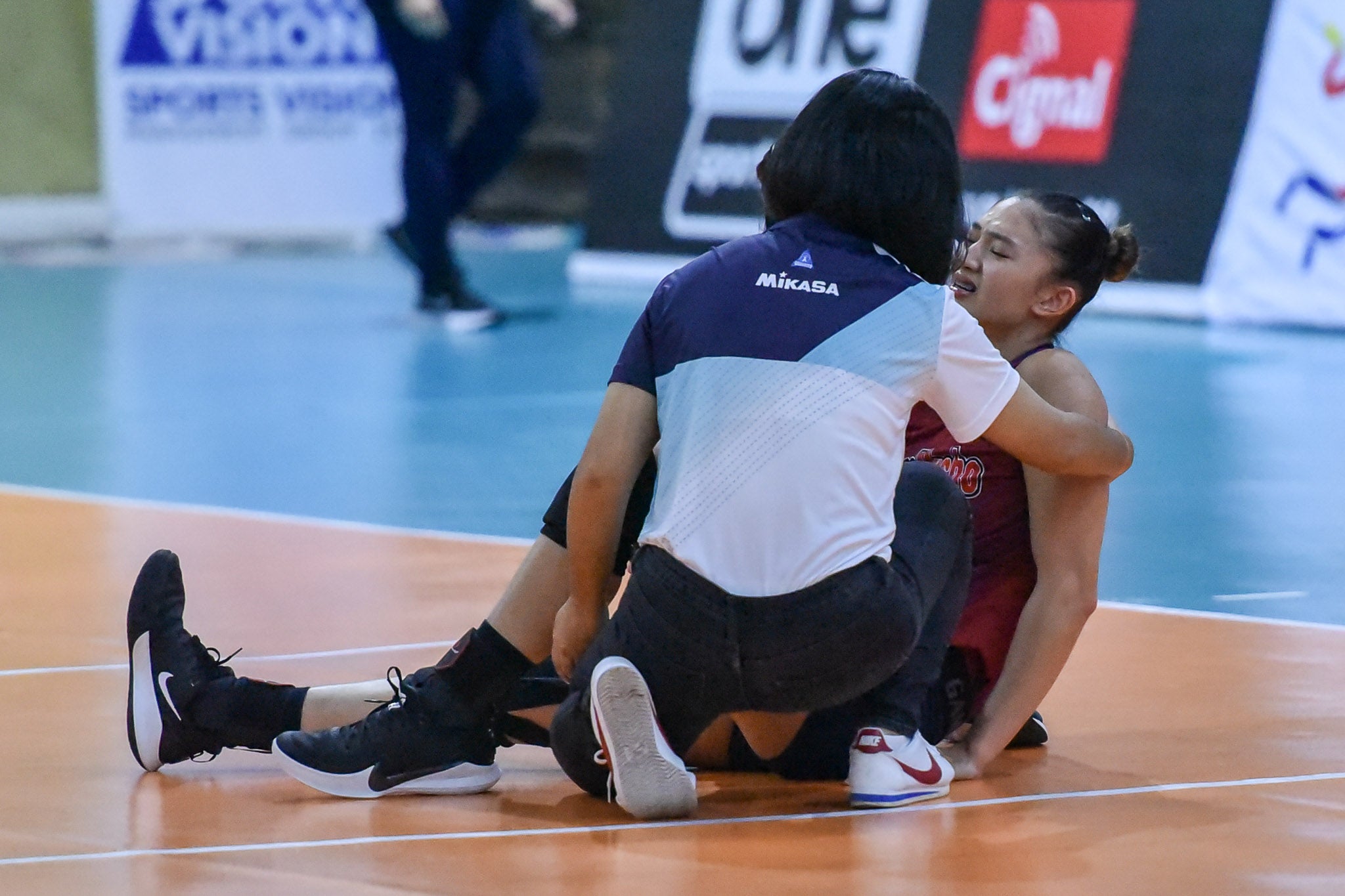 Madayag landed awkwardly after an attack attempt with her knee buckling upon impact during the fourth set of the Flying Titans’ match against Petro Gazz on Wednesday.

“We are all praying for your speedy recovery from your ACL injury. Nothing can stop the heart of a true Titan!” posted Choco Mucho on Twitter on Friday.

Salute to our Captain Maddie. Thank you for leading the team with a strong heart, passion, and determination! You have led the Flying Titans to reach new heights!

We are all praying for your speedy recovery from your ACL injury. Nothing can stop the heart of a true Titan! pic.twitter.com/PqaX5EQygD

Without Madayag, the Flying Titans dropped battle for third with the Angels taking home the bronze after a sweep of the series.

This isn’t the first time that Madayag suffered a major knee injury. She also suffered the same mishap in her right knee during one of Ateneo’s practices in 2016.