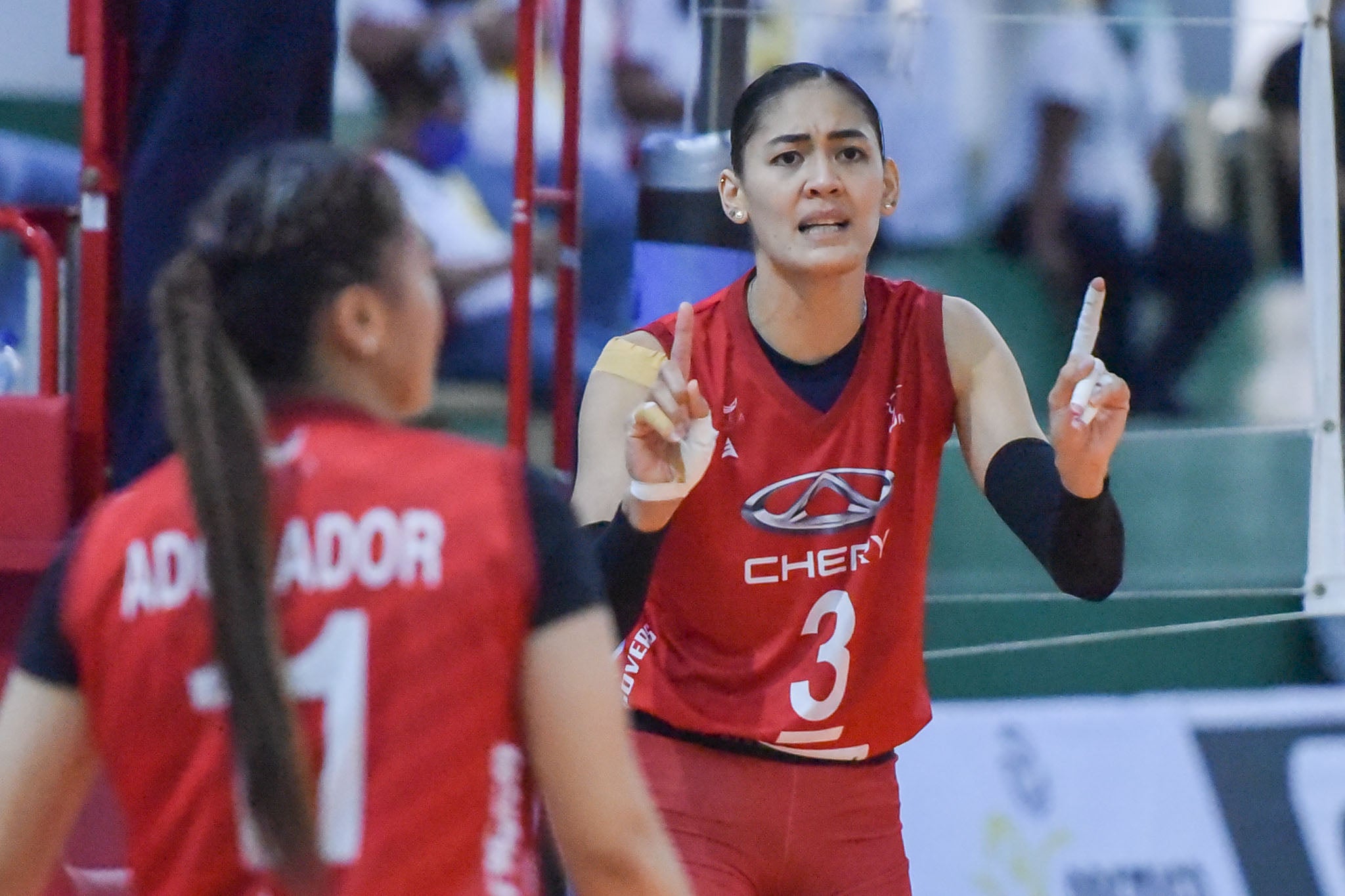 MANILA, Philippines—Jaja Santiago capped off her championship run with Chery Tiggo with the Conference and Finals MVP awards along with the Best Middle Blocker plum in the Premier Volleyball League Open Conference Friday.

A towering presence upfront, Santiago averaged 25.33 points in the finals where Crossovers pulled off an inspiring comeback win in Game 3 to capture the first title in PVL’s pro league era.

Santiago averaged 14.82 points up until the second game of the quarterfinals, the cut-off point for the conference awards. The 6-foot-5 blocker also led the league in spikes at 122 on a 49.8 percent success rate, ended third in blocks with 23, and topped the service ace department with 18.

“If I can, I will give this award to my sister and my teammates because if not for them I won’t be able to win this.”

Creamline’s Alyssa Valdez came in runner-up in the MVP race after averaging a league-best 18.0 points but she settled for one of the Best Outside Spiker plums.

Petro Gazz’ Myla Pablo was named as the other Best Outside Spiker while her teammate Ria Meneses captured the other Best Middle Blocker trophy and their defensive ace Kath Arado was the Best Libero.

Cool Smashers playmaker Jia Morado was given the Best Setter award while Choco Mucho’s Kat Tolentino was the Best Opposite Spiker.

Jaja Santiago flying to PH a champion, and team owner looks forward to star putting Chery in top of PVL