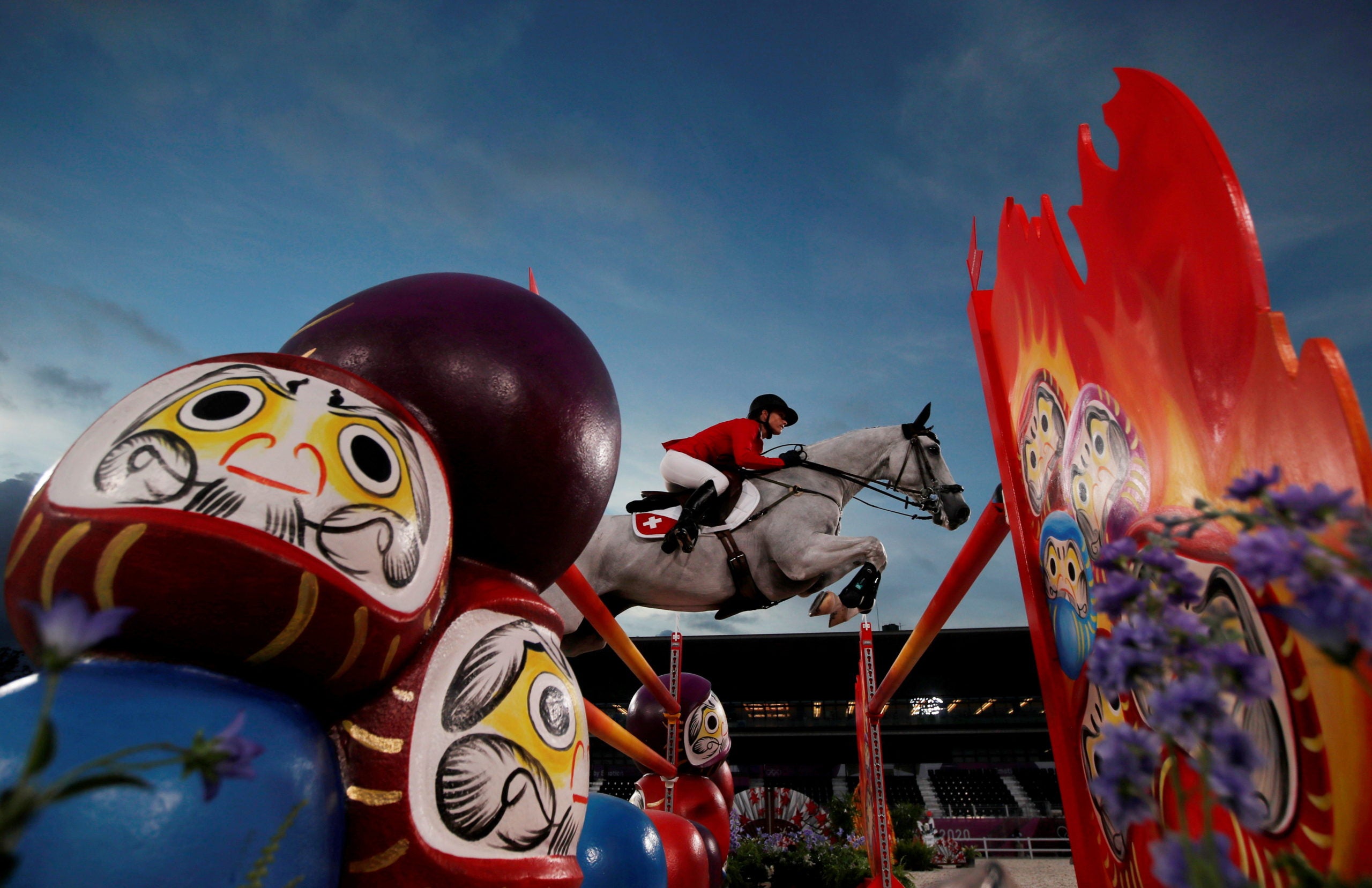 PETA (People for the Ethical Treatment of Animals) called on the International Olympic Committee (IOC) on Friday to eliminate equestrian events from future Olympics citing cruelty to horses during the recent Tokyo Summer Games.

In an incident that went viral on social media Germany’s Annika Schleu was filmed whipping her horse Saint Boy after he refused to jump during the modern pentathlon competition.

The Modern Pentathlon federation (UIPM) quickly disqualified Raisner from involvement in the men’s event for her actions.

“The world was shocked when a visibly upset German pentathlon competitor, Annika Schleu, was filmed spurring and whipping the horse Saint Boy after he refused to enter the course,” said PETA in a letter to IOC president Thomas Bach.

“Schleu’s trainer, Kim Raisner, was then shown hitting the horse. Raisner was rightfully expelled from the Olympics, but fines and suspensions aren’t enough to protect other horses from trainers who might commit similar offenses.”

The IOC could not immediately be reached for comment.

In one Jet Set, a horse ridden by a Swiss competitor Robin Godel, was injured so badly during a cross-country event that he had to be euthanized while the another saw Irish rider Cian O’Connor force his mount Kilkenny to finish the course despite blood pouring from his nostrils.

“The Olympic Games showcase human athletes, not the ability to terrify and injure horses who don’t choose to compete yet are doing all the work, sometimes at the cost of their very lives,” says PETA President Ingrid Newkirk.

“Just as the games have evolved to include modern sports like skateboarding, PETA is calling on the International Olympic Committee to relegate abusive equestrian events to the history books.”