ONE: Folayang suffers another setback, bows to Chinese foe 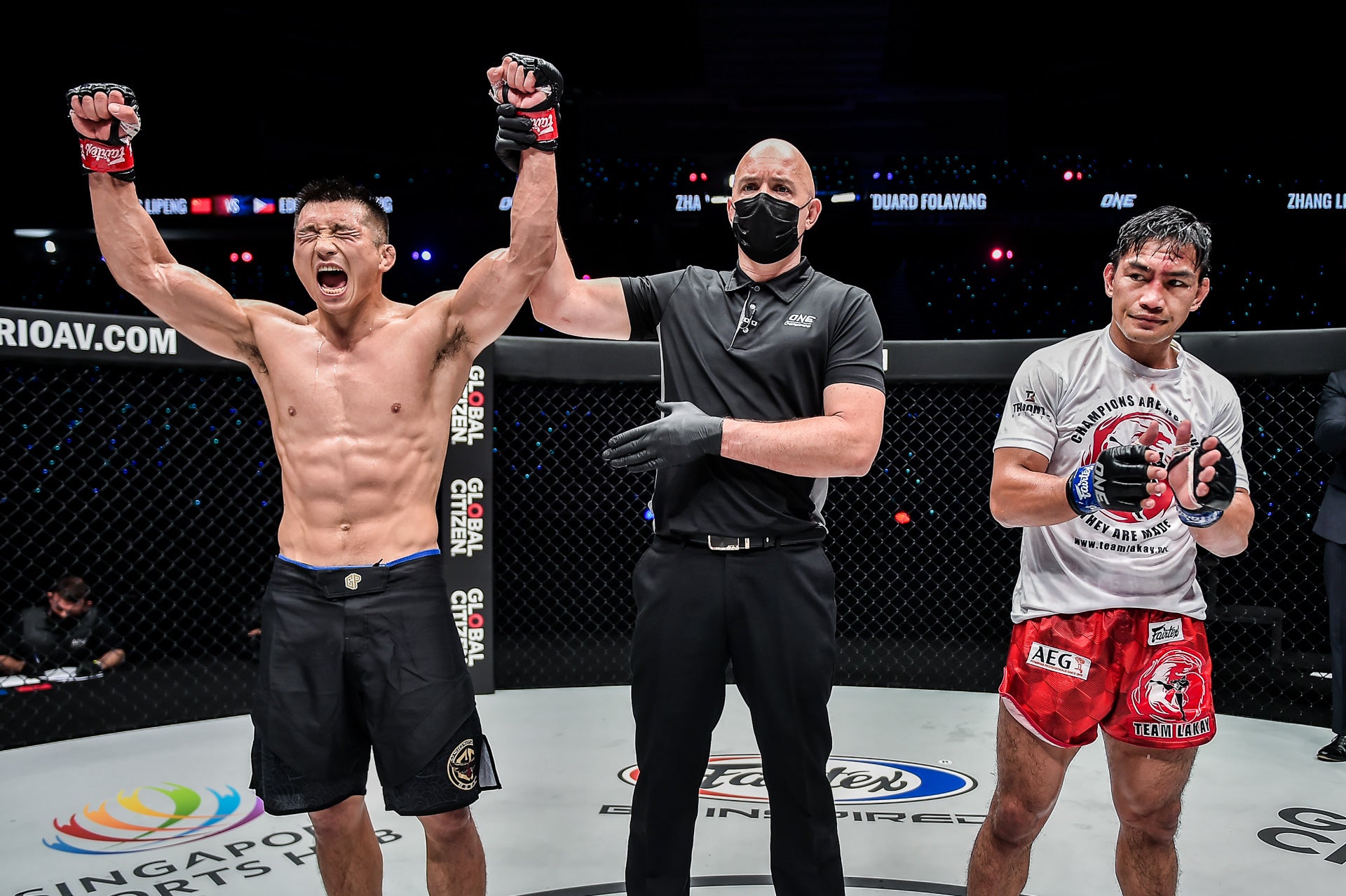 Zhang Lipeng reacts after beating Eduard Folayang in ONE Championship. ONE PHOTO

The Team Lakay legend came into the fight aiming to stop the bleeding but Zhang, who was making his ONE Championship debut, had other plans.

Zhang set the tone early by taking Folayang to the ground.

Folayang tried to battle back in the third but Zhang regained the upper hand after scoring a huge slam late in the round to put the decision beyond doubt.

The 36-year-old Folayang, nearing the end of what has been a colorful career, took his fourth consecutive loss and his sixth in the last seven outings.

People will talk. They wilk talk unhealthy but we ran a good fight. Eduard Landslide Folayang will still and always…

Team Lakay coach Mark Sangiao, however, hinted that his ward’s latest setback won’t be the end.

“People will talk. They will talk unhealthy but we ran a good fight,” Sangiao posted on social media Friday. “Eduard Landslide Folayang will still and always be Eduard, the face of Philippine MMA, the legend, the warrior with a withstanding spirit and a cosmic faith.”

“We keep our chin up, we bow our heads, say our deep gratitude and place everything up high. Yes, it will be alright and on to the next. ”