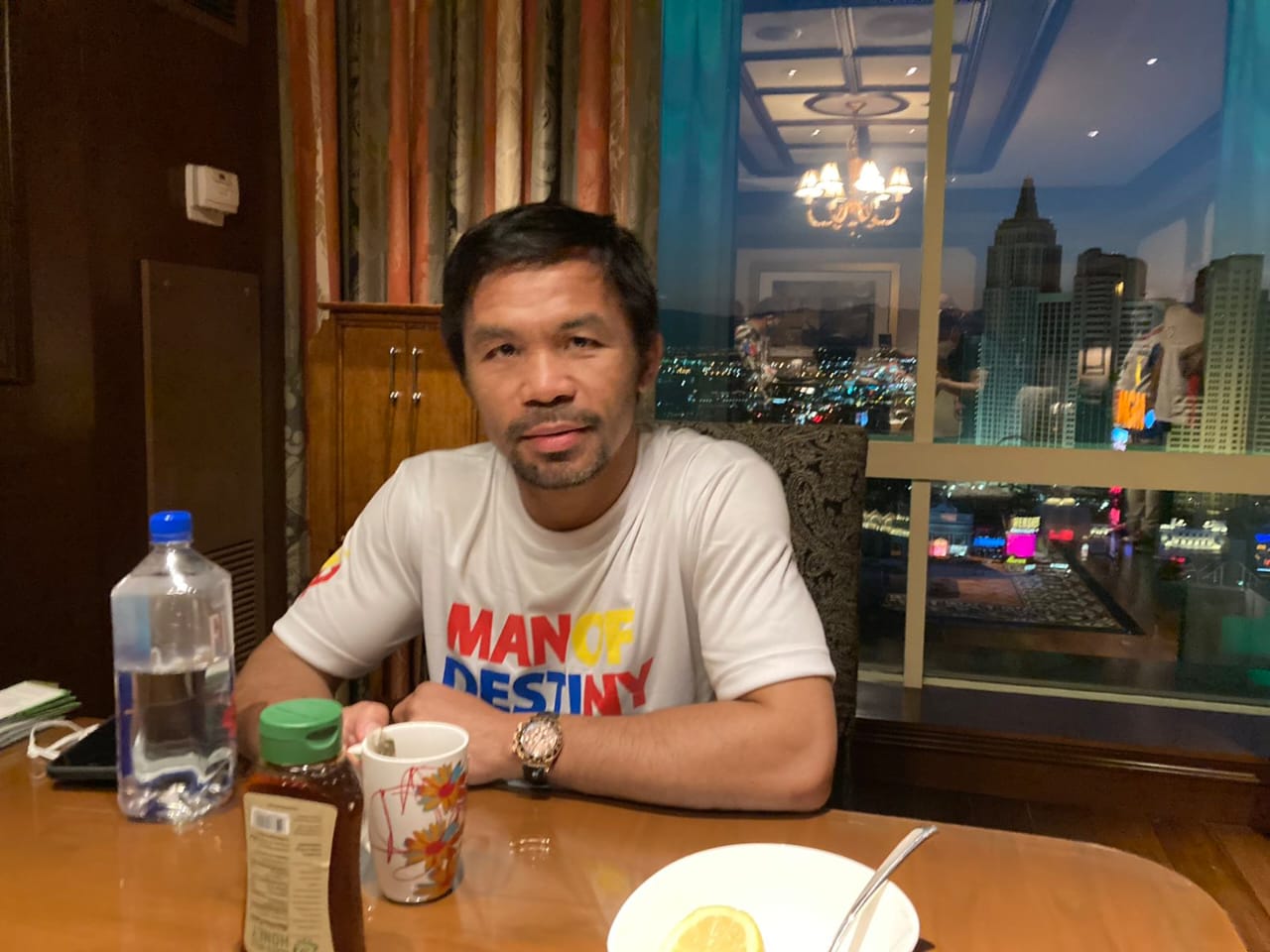 “My contemporaries have all retired,” he told a select group of Filipino sportswriters. “I didn’t imagine still fighting here after all these years.”

The eight-division champion, the only remaining top draw in all of boxing, has fought in this dazzling, daring city 21 times before. On Saturday, he will feature card No. 22 when he battles Cuban champion Yordenis Ugas.

Ugas is a 35-year-old ex-Olympian who was called on short notice to replace rising star Errol Spence Jr., who tore his retina in his left eye.

Despite the scaled down match-up, the duel for the WBA welterweight super title is still expected to be the biggest to be held here in the time of coronavirus pandemic.

“You better watch, this could be my last fight,” added the 42-year-old senator, who is said to be contemplating on making a run for the Philippine presidency.

It’s not the first time Pacquiao hinted at hanging his gloves. He had brought it up in 2016 when he fought Timothy Bradley for a third time. That time he was also on the campaign for a senate seat.

“In everything, I believe God has a purpose,” he added.

Ugas arrived here a few hours earlier to catch an image of himself side by side with Pacquiao flashed on the giant billboards.

I come from a communist country where I couldn't even become a professional. I became a free man, I became a champion. I have a beautiful fiancée. And I have made Mom proud, I have worked hard and with God's help I have made dreams come true. #PacquiaoUgas pic.twitter.com/nhaVrNCYh6

“God is good,” Ugas, an Olympic bronze winner, tweeted. “I come from a communist country where I couldn’t even become professional. I became a free man. I became a champion.”

Now residing in Miami, Florida, Ugas added: “I have a beautiful fiancee. And I have made Mom proud, I have worked hard and with God’s help I have made dreams come true.”

Pacquiao could relate to Ugas’ excitement. Twenty years ago, he was also a last-minute replacement to fight IBF junior featherweight champion Lehlo Ledwaba.

A No. 3 contender who had been training with Freddie Roach for several weeks, Pacquiao was offered the title fight and grabbed it.

“I used to be him (Ugas),” said Pacquiao, who now walks at 150 lbs, just 3 lbs over the limit with a full fight week ahead of him.

Since ascending to the welterweight ranks, the eight-division champion has had little problems making the weight.
“I’m happy, I’m eating right,” added Pacquiao.