Pacquiao sorry to fans after loss to Ugas | Inquirer Sports 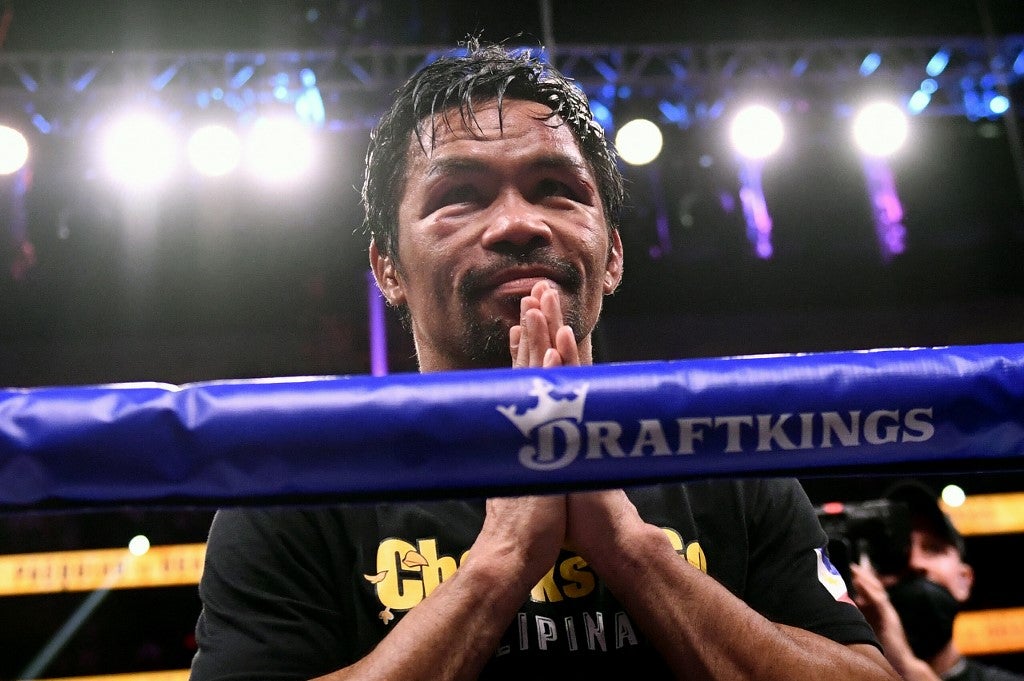 Manny Pacquiao of the Philippines waves and bows at the crowd after losing against Yordenis Ugas of Cuba following the WBA Welterweight Championship boxing match at T-Mobile Arena in Las Vegas, Nevada on August 21, 2021. – Cuba’s Yordenis Ugas upset Manny Pacquiao to retain his WBA welterweight crown on Saturday, winning by unanimous decision after a bruising 12-round battle at the T-Mobile Arena. (Photo by Patrick T. FALLON / AFP)

A heavy favorite in the fight, Pacquiao apologized to his supporters following his loss in his first fight in 25 months.

“I didn’t make the adjustments early enough,” said Pacquiao in the in-ring interview shortly after the bout. “I’m sorry we lost tonight. But I did my best.”

Ugas, meanwhile, was a +280 underdog. The Cuban was initially slated to fight in the undercard of the event before he replaced IBF and WBC champion Errol Spence Jr in the headliner.

Spence pulled out of the main event due to a torn retina in his right eye that required surgery.

Ugas agreed to fill in for Spence on 11 days’ notice.

“I had a hard time making adjustments on his style and that was the problem for me,” said Pacquiao.