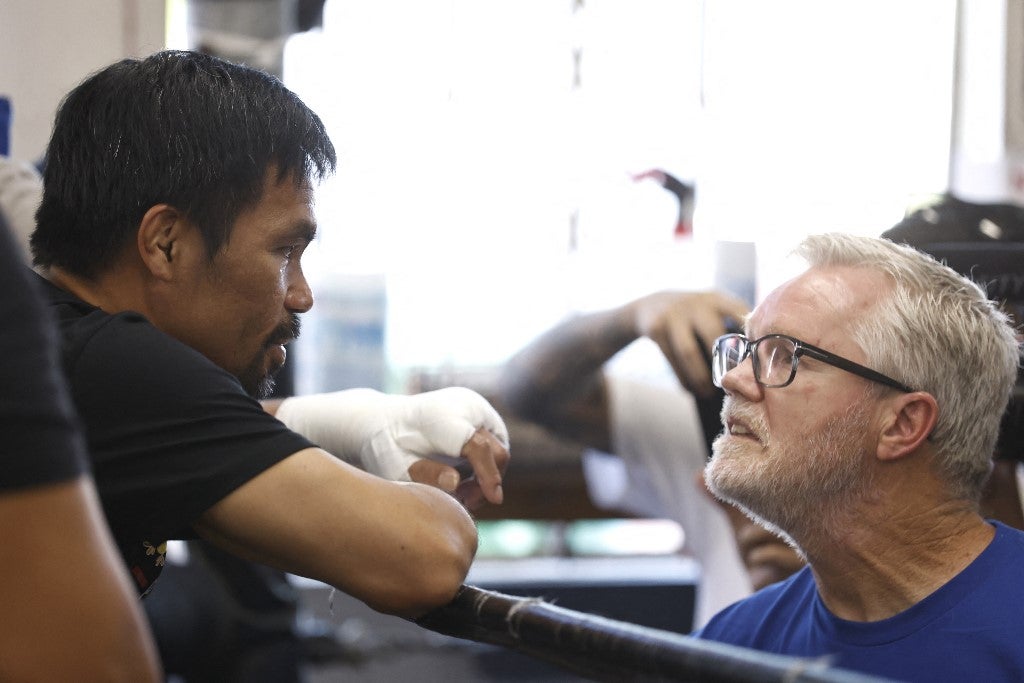 But of all the fighters that have been under his guidance, Manny Pacquiao stands out the most.

Roach offered Pacquiao the ultimate praise as the Filipino boxing legend hinted at retirement following an upset at the hands of Yordenis Ugas on Sunday in Las Vegas.

“I said to him, ‘You are the greatest,’” Roach wrote on Twitter Tuesday with a photo of him and his most prized ward in a tight hug.

The two first teamed up in 2001 when Pacquiao introduced himself in style, stopping the late South African champion Lehlo Ledwaba to win the IBF super bantamweight crown.

Twenty years later, Roach was at Pacquiao’s corner when the sport’s only eight-division champion fell to the underdog Ugas by unanimous decision.

“I hate to see the day he retires but this could be it,” said the 61-year-old Roach. “He didn’t have a great performance tonight. We’ll see what Manny decides.”