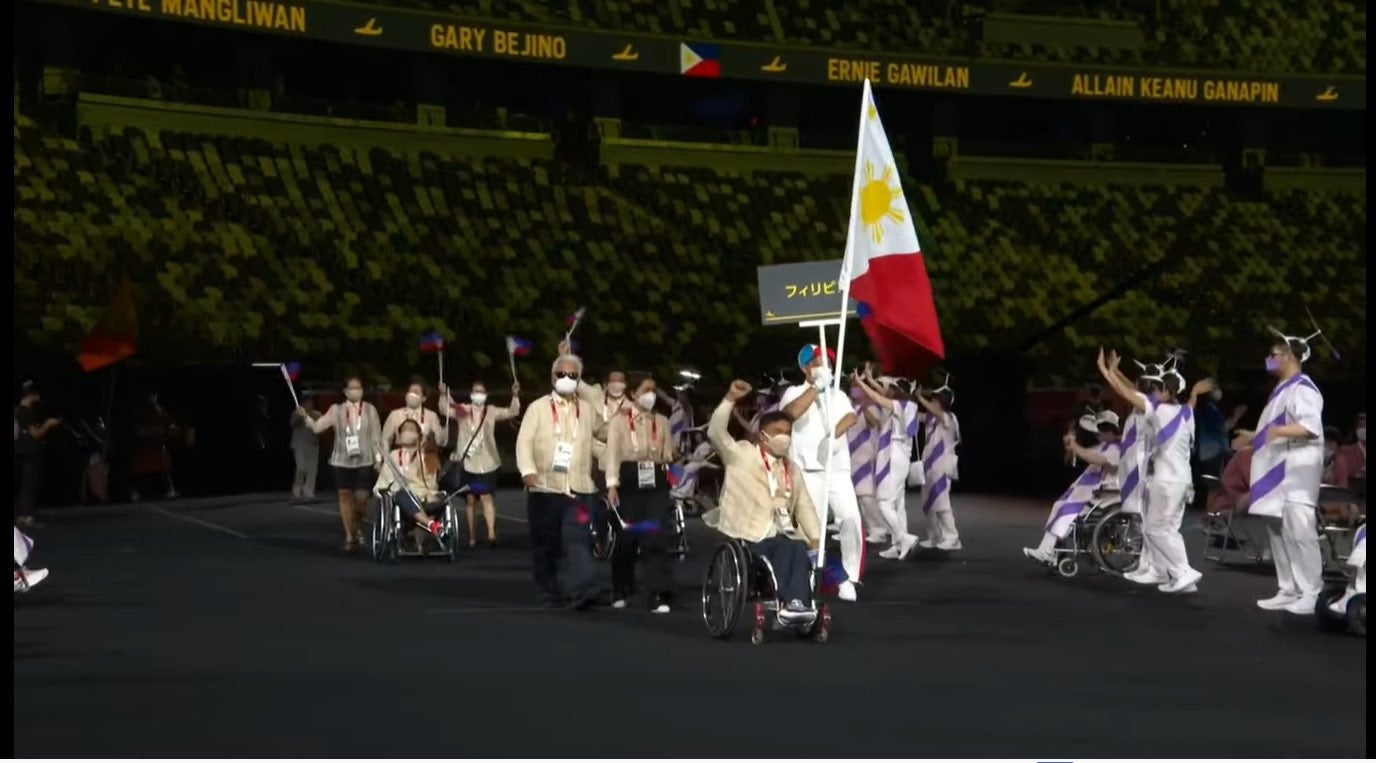 Led by flag bearer Jerrold Mangliwan, who is competing in wheelchair racing, the Philippine delegation waved miniature Philippine flags as the athletes and the officials paraded clad in Barong Tagalog.

Five athletes will be representing the country in swimming, athletics and taekwondo competitions, beginning with Gary Bejino who opens the Filipinos’ bid on Thursday in men’s swimming 200m individual medley SM6.

IN PHOTOS: Team #PHI is ready for the #Paralympics Opening Ceremonies tonight!

Jeanette Aceveda shoots for the medal on August 31 in the women’s discus throw F11 while Allain Gapain competes in the men’s K44 – 75kg taekwondo competition on September 3.

Powerlifter Achele Guion pulled out of the Paralympic Games after testing positive for COVID-19, along with her coach and two sports officials, before leaving for Japan.

The Para Games are opening amid a “very difficult” situation as the host nation grapples with the worsening COVID-19 crisis, with record new infections and overwhelmed healthcare system.