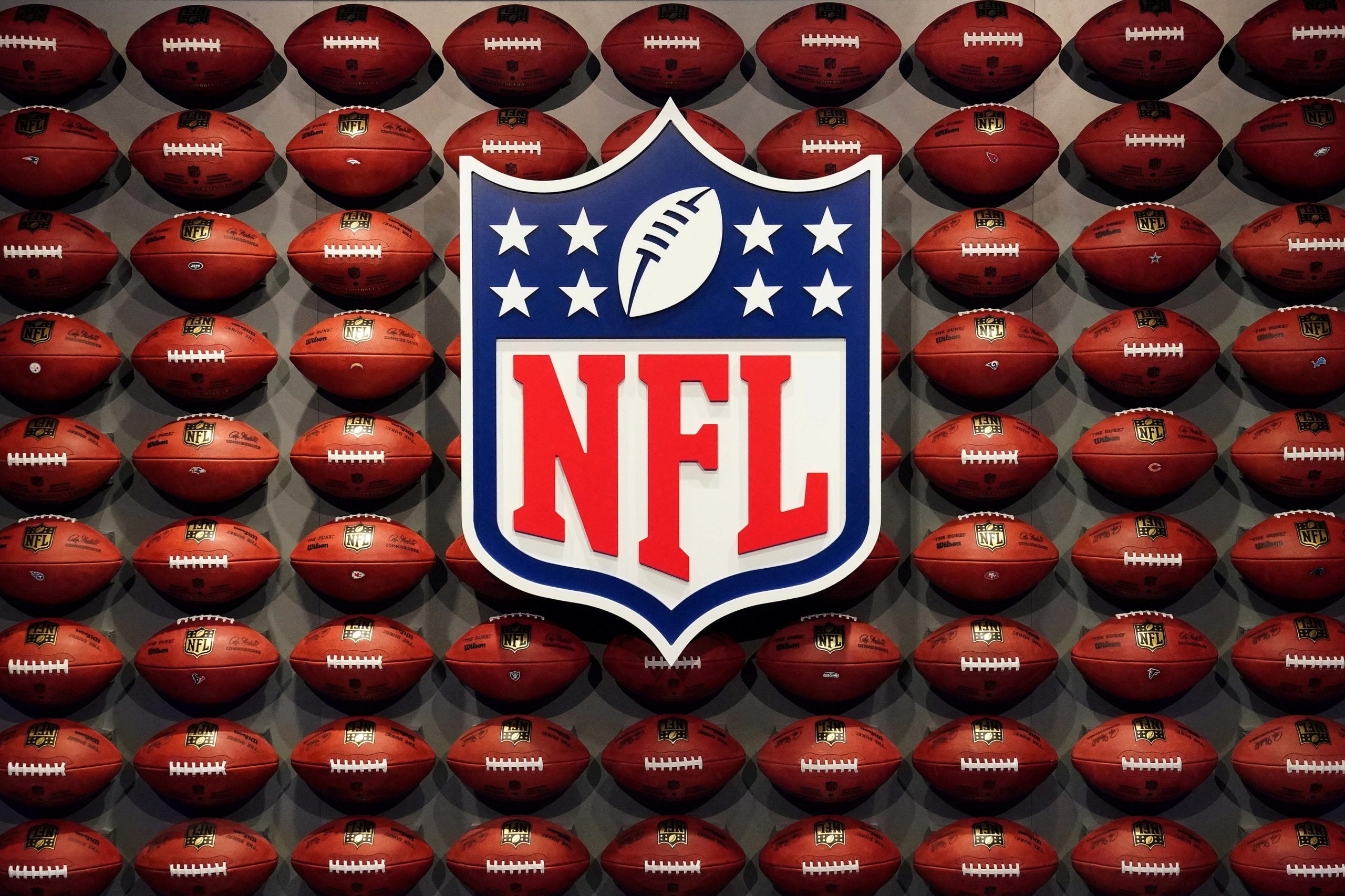 NEW YORK—The National Football League said on Thursday it has made clear it wanted to mandate COVID-19 vaccines for players, as it reported a nearly 93% inoculation rate, despite assertions from the players’ union the league had not proposed such a step.

NFLPA President JC Tretter, who plays for the Cleveland Browns, told ESPN this week that the NFL did not enforce or even discuss making vaccines a requirement to play this season, despite mandating inoculations for staff and coaches.

“I honestly don’t understand where that came from,” NFL General Counsel Lawrence Ferazani told reporters on Thursday. “We’ve been discussing with the players’ association mandatory vaccination from the start.”

Ferazani said the league “would still love to see that mandate go into effect tomorrow.”

🏆🏆🏆🏆
We were named winner of the 2021 Licensing International Excellence Award for Best Licensed Brand in Sports/Collegiate–which honors innovation + creativity in the way brands use licensing to further their goals. This is the 7th consecutive nomination & 4th win. #NIL pic.twitter.com/rbBjCifvWA

The NFLPA’s assistant executive director of external affairs, George Atallah, said in a written statement to the Washington Post that the union and player leadership “did not believe mandating vaccines for players was the best approach.”

“We know vaccines are effective but we also know our strict protocols – when followed – are effective, as we proved last year,” said Atallah.

The back-and-forth was the latest sign of tension between the league and the union, after a spat earlier this year over in-person voluntary workouts, with some players objecting over concerns related to the pandemic.

The two parties are also at odds over the frequency of testing for COVID-19: The league said it proposed weekly testing for vaccinated players, while the NFLPA has called for daily tests.

With the vaccination rate among players hovering around 75% a month ago, the NFL informed teams that COVID-19 outbreaks among non-vaccinated players could lead to forfeits and loss of pay if games could not be rescheduled.

The measure may have prompted broader adoption of the COVID-19 vaccine, with roughly 7% of players unvaccinated two weeks ahead of the 2021 season kickoff and all 30 stadiums expected to host full-capacity games.

“Our NFL facilities are the safest places in their community,” said Allan Sills, the NFL’s chief medical officer. “If we had those kind of vaccination rates in society right now, we would be in a far, far better place in regard to where this pandemic currently is.”

The pandemic is not over, but if we work together and follow the same playbook as we did last year, we will play another complete season. Misinformation doesn’t help and here are the facts: https://t.co/SuyqvvaZcS

Reuters data show 61% of the U.S. population has received at least one dose of a COVID-19 vaccine. Earlier this week, the United States was averaging about 1,000 COVID-19-related deaths and more than 150,000 new cases per day, according to a Reuters tally. The surge has been fueled by the highly contagious Delta variant.

Sills said there were 68 positive results across the league from Aug. 1 through last Saturday, with “seven times the incidence” of positive tests among unvaccinated players than those who were vaccinated.

“We’ve had one recent cluster on a team and – again, without getting into the medical specifics – I would tell you that on that team a total 38% of the unvaccinated players have become positive in that cluster and exposure,” said Sills.

The NFL season is set to kick off Sept. 9.