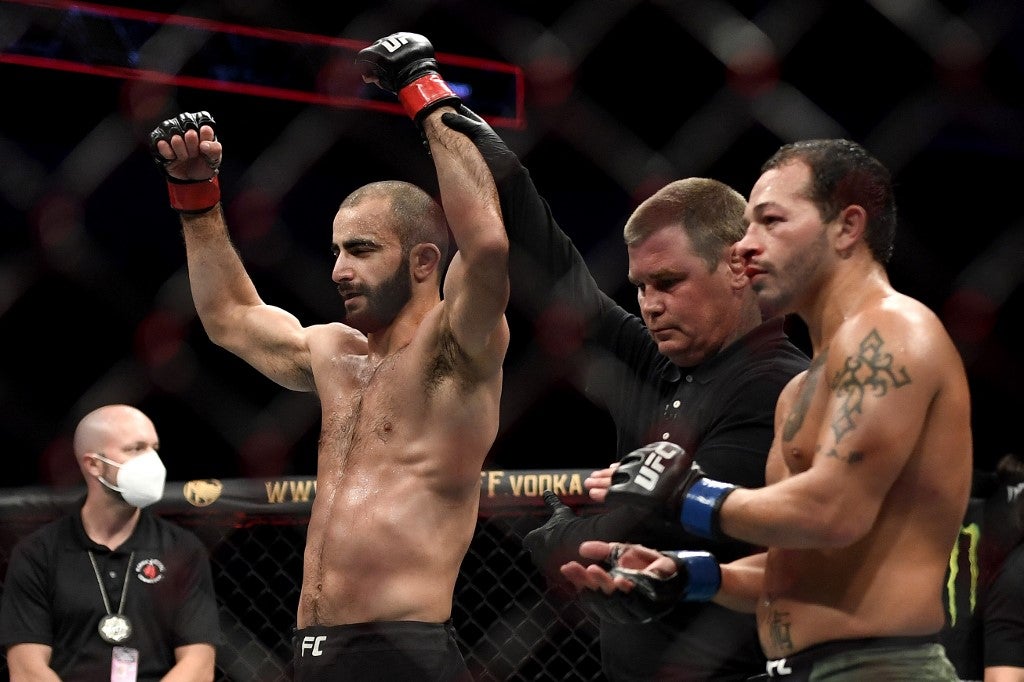 The referee ended the fight at 1:44 of the third round after the Georgian stunned Barboza with a punch and finished him off with a flurry on the floor.

“Shoutout to one of the best fighters ever, Edson Barboza. You motivated me, brother, when I was a kickboxer,” he said.

The victory was Chikadze’s third straight TKO. He improved to 14-2.

Chikadze ended the bout with 70 total strikes to Barboza’s 33. Barboza dropped to 22-10.

Chikadze’s notoriety has grown over his powerful Giga Kick, but he let it be known that’s not all he does.

“I’m not just a kicker guy, I kick the s— out of people,” Chikadze said afterward.

In an earlier bout, Bryan Battle won by submission over Gilbert Urbina in their middleweight bout. Battle ended their battle with a rear naked choke at 2:15 of Round 2. Urbina had been controlling the fight to that point, including two takedowns and landing more strikes.