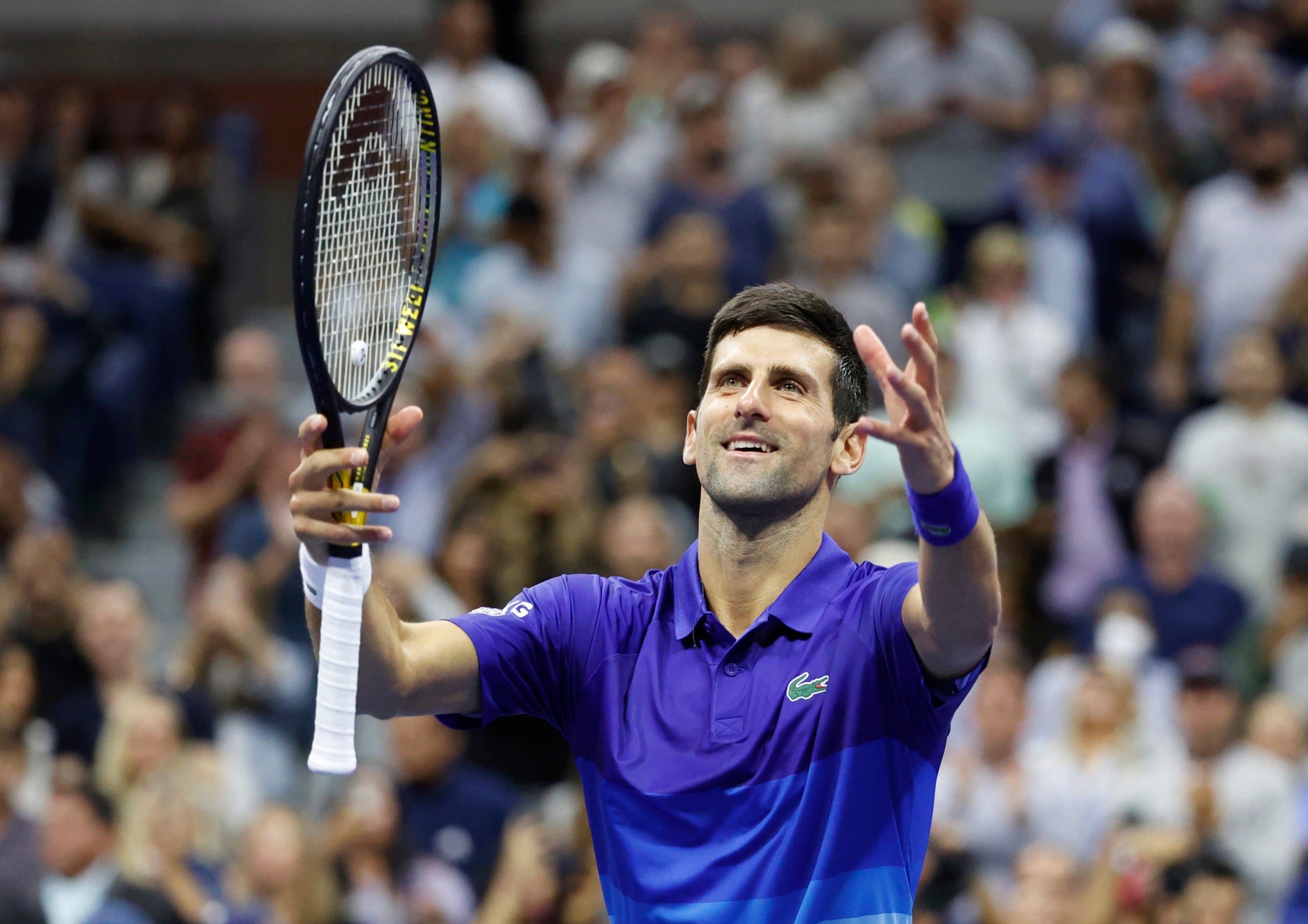 World number one Novak Djokovic moved five matches from completing the first men’s singles calendar-year Grand Slam in 52 years by advancing to the third round of the US Open on Friday.

The 34-year-old Serbian cruised past 121st-ranked Dutchman Tallon Griekspoor 6-2, 6-3, 6-2 at Arthur Ashe Stadium to book a third-round date with 2014 US Open runner-up Kei Nishikori of Japan.

“I’m as motivated as ever to do well,” Djokovic said. “I’m not the only player that wants to go deep in the tournament and put his hands on the trophy. I’m trying to be my best every day and let’s see what happens.”

Djokovic, chasing the first men’s singles calendar Slam since Rod Laver in 1969, said the mental challenge was tougher than the physical one at this stage.

“Probably it’s more mental and emotional, really,” Djokovic said. “I don’t mind being on the court a long time. I feel I have more chances in a best-of-five.

“It’s more about handling everything that’s happening off the court, all the expectations.”

A fourth US Open crown would bring Djokovic his 21st career Grand Slam crown, giving him the men’s all-time record, one more than the mark he now shares with Roger Federer and Rafael Nadal, both absent with injuries.

Djokovic said he was holding off enjoying New York’s nightlife.

Griekspoor broke in the seventh game of the second set to pull within 4-3 when Djokovic sent a backhand long, but the number one broke back and held, taking the set on his 10th ace on his way to a 99-minute victory.

“I came out on the court with the right energy, right focus,” Djokovic said.

Djokovic has a 17-2 career record against Nishikori, who last beat the Serbian star in the 2014 US Open semifinals. Since then, Djokovic has won 16 in a row, most recently in the Tokyo Olympic quarterfinals.

“Even though I had a bad record, I always try to be positive,” Nishikori said. “I’m sure it’s going to be tough one, but I do my best.”

Crowds down after storm

Attendance was off as New York struggled to recover from a deadly storm and flash flooding. Remnants of Hurricane Ida struck Wednesday night and killed at least 41 people, triggering a rare state of emergency for the city, flooding subways and turning roads into rivers.

“There were some branches down but nothing that would impact the tournament or the fans,” National Tennis Center chief operating officer Danny Zausner said.

With abandoned cars scattered across streets near the National Tennis Center and many highways shut down, fewer spectators than normal saw Tokyo Olympic champion Alexander Zverev and top-ranked Ashleigh Barty roll into the third round.

“It was pretty devastating last night,” Barty said. “It was quite a wild storm. It did wreak some havoc.”

Reigning Wimbledon champion Barty, seeking her third Grand Slam title, next plays American Shelby Rogers as she chases a sixth trophy of the year and first US Open quarterfinals spot.

Zverev, last year’s US Open runner-up and a champion two weeks ago at Cincinnati, took only 74 minutes to advance.

“It’s great that I’m through in three sets and just over an hour,” Zverev said. “I will need that energy. I’ll need that power I have for further matches. I’m happy I only lost four games.”

There haven’t been so many qualifiers so deep at any Slam since six at the 2011 French Open and not at the US Open since five made it in 1984.

No hearts from Djokovic as NY crowd shows love for underdog